The mobile games industry is facing significant headwinds in 2022 from challenges such as inflation, the cost of living crisis and IDFA changes. Sensor Tower’s latest report, Mobile Gaming Market Outlook 2022, provides an overview of key industry trends as well as an analysis of how the sector is performing and where it’s headed. It also features deep dives into genres such as Card Battler, MMORPG, and Real-Time Strategy, showing the industry’s rising stars.

While global player spending in mobile games across the App Store and Google Play surged during the COVID-19 pandemic–peaking in Q1 2021 at $22.6 billion–in 2022 the market has seen its first ever year-over-year declines in both Q1 and Q2. Player spending declined 6 percent Y/Y to $21.2 billion in Q1, primarily due to the high base of comparison from the previous year as spending was still up nearly 20 percent compared to Q1 2020. Meanwhile in Q2, spending decreased by 6.9 percent Y/Y to $20.1 billion. 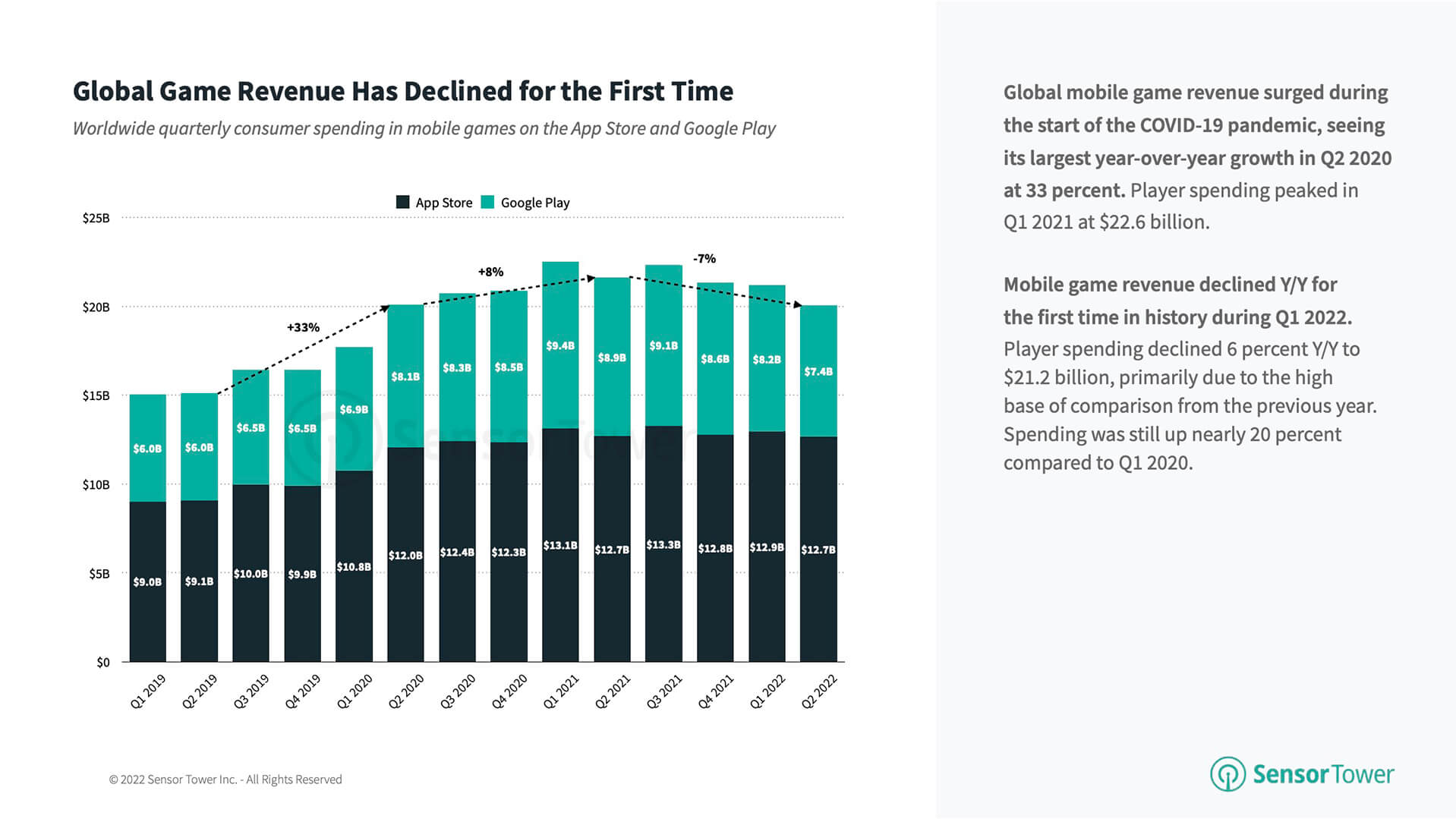 Mid-Core mobile games accounted for 60 percent of worldwide player spending in H1 2022, according to Sensor Tower Game Intelligence. RPG ranks as the No. 1 genre by revenue, accounting for almost half of the Mid-Core market. Strategy, meanwhile, ranks as the No. 2 genre by player spending, accounting for 36 percent of the Mid-Core market. 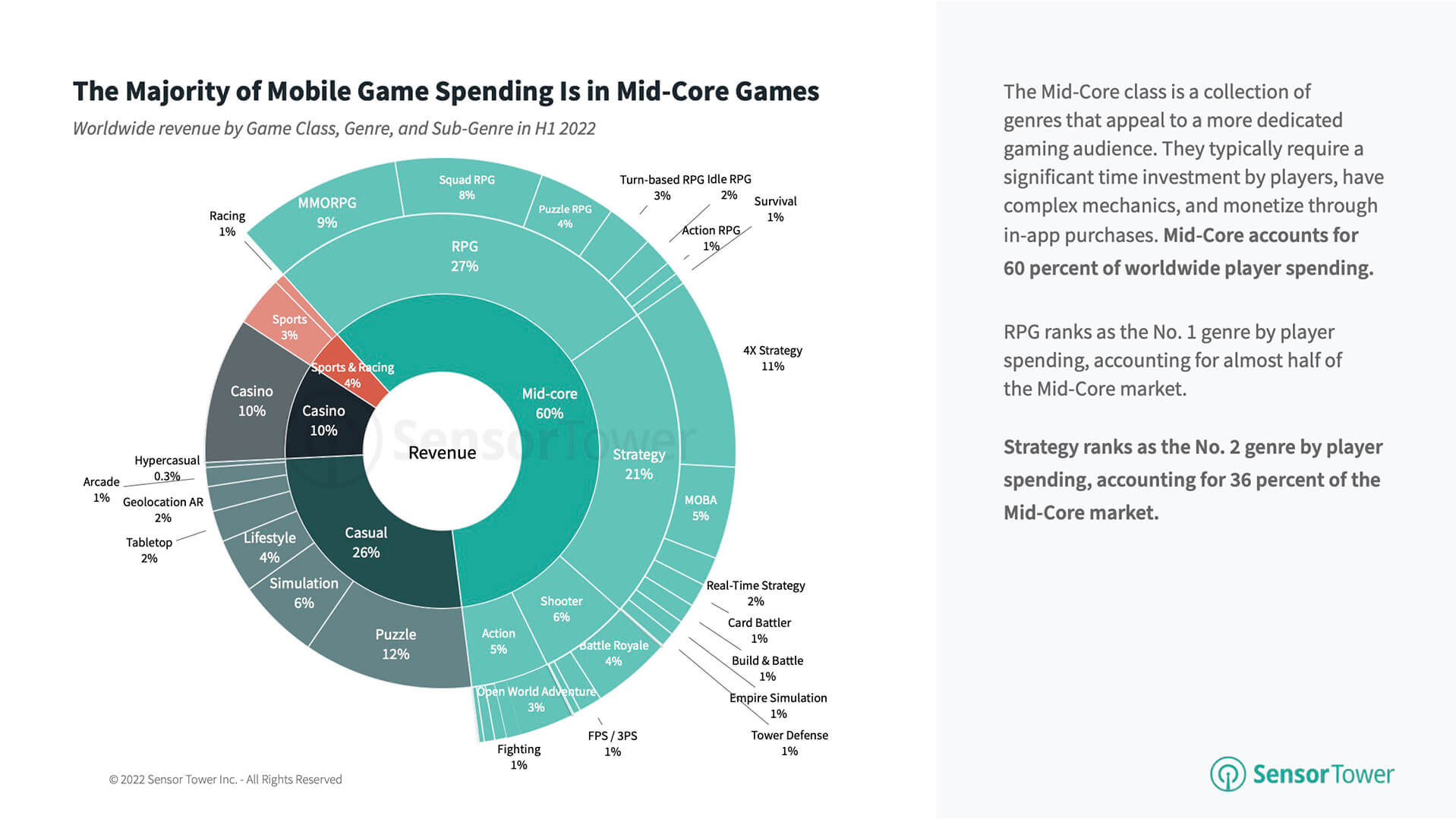 Casual titles made up 26 percent of total revenue, though these games make up 78 percent of all mobile game downloads, while Mid-Core accounts for 14 percent.

Mobile game player spending is forecast to decline in 2022, falling by 2.3 percent Y/Y to $86 billion. While it remains to be seen how macro economic and political factors play out over the rest of the year and into 2023, Sensor Tower forecasts currently show a return to growth in 2023 and beyond, with the industry rising at a 5.6 percent CAGR to $117 billion in 2026. 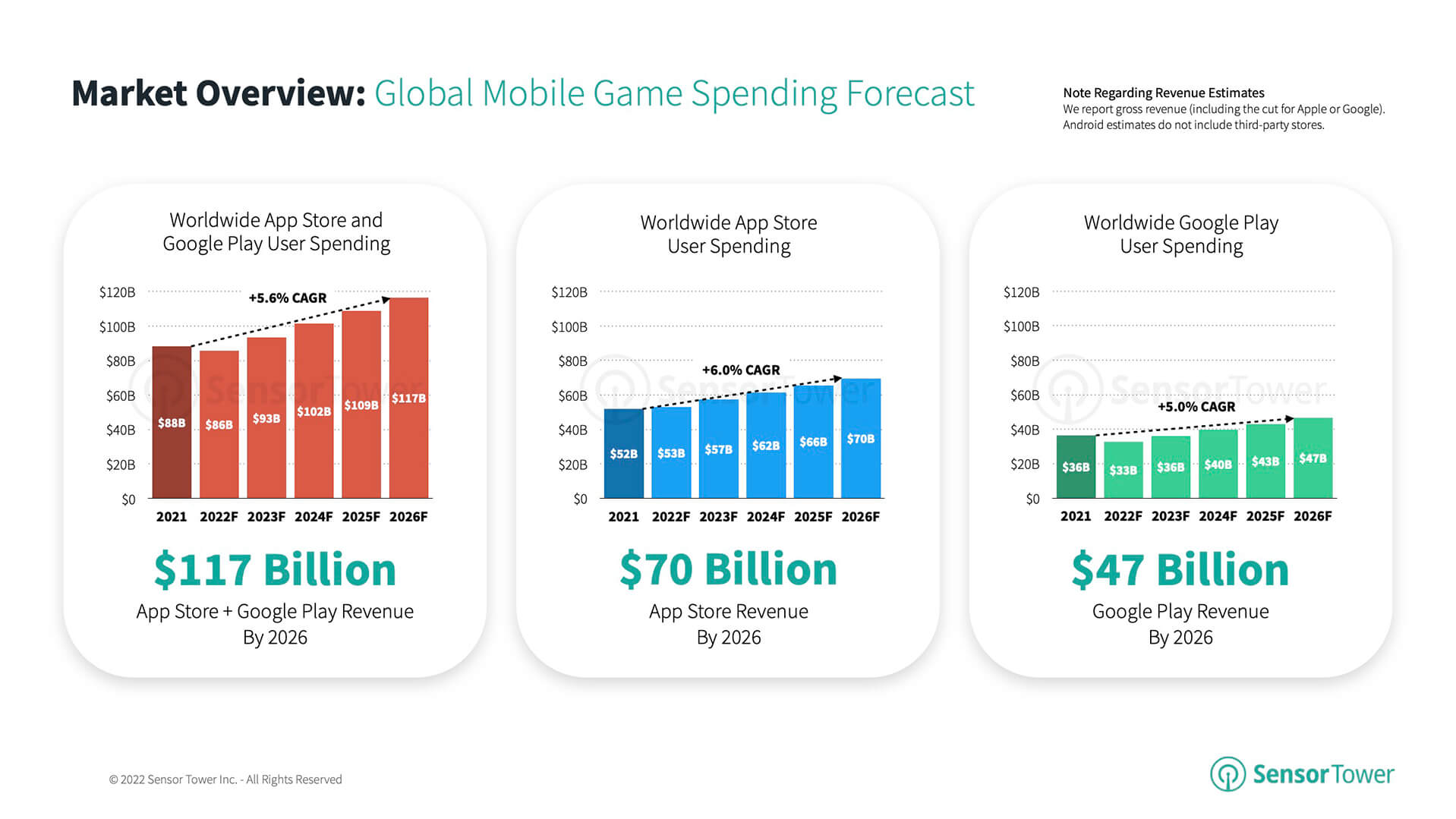 Though the overall mobile games market is anticipated to see a decline in revenue, the App Store is forecast to grow from $52 billion in 2021 to $53 billion in 2022. Google Play, meanwhile, is predicted to see player spending dip by 8.3 percent Y/Y to $33 billion by the end of the year.

Analyzing the MMORPG genre, Sensor Tower data shows that these titles have struggled to gain a foothold in any markets outside of Asia. South Korea, China, and Japan combined for roughly 80 percent of all MMORPG revenue in H1 2022. 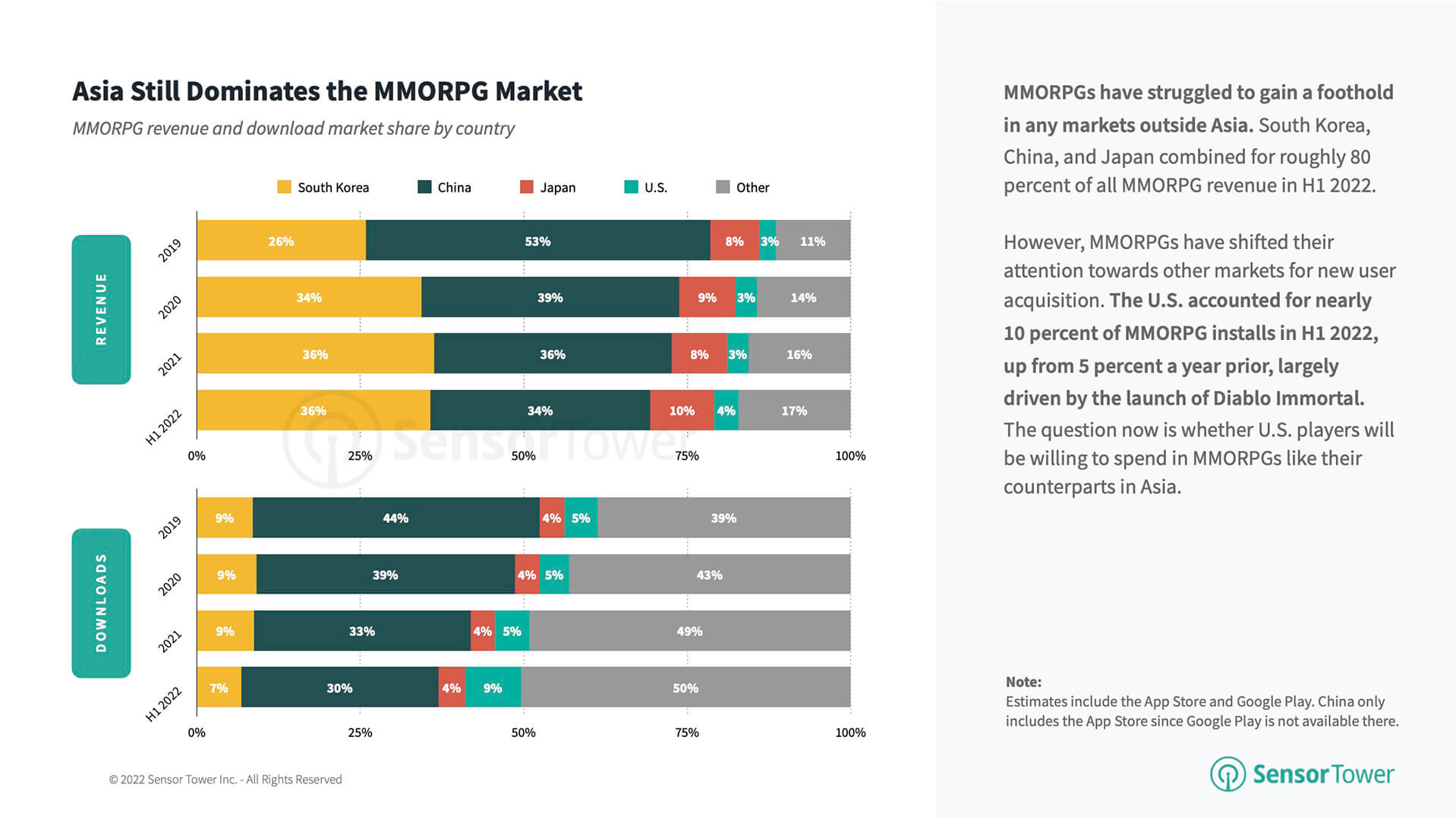 However, MMORPGs have shifted their attention towards other markets for new user acquisition. The United States accounted for nearly 10 percent of MMORPG installs in H1 2022, up from 5 percent a year prior, largely driven by the launch of Diablo Immortal from Blizzard. The question now is whether U.S. players will be willing to spend in MMORPGs like their counterparts in Asia.