Approximately 41 percent of all iOS developers have launched more than one app. Looking back at which publishers have released the most mobile games on Apple's App Store, which turned 10 this week, there's one very literal big fish among the bunch. That would be Big Fish Games, which has cemented itself as the platform's most prolific game maker with nearly 1,500 to its name—and growing. In this post, we rank its fellow publishers by how they stack up, but it's not even close.

Focusing our analysis on all apps with at least 10,000 lifetime installs, we see some familiar App Store fixtures making up the top 10, including No. 4 ranked Electronic Arts owning 502 games, Tencent at No. 6 with 361, and Ubisoft in the No. 10 spot with 315 titles to its name. 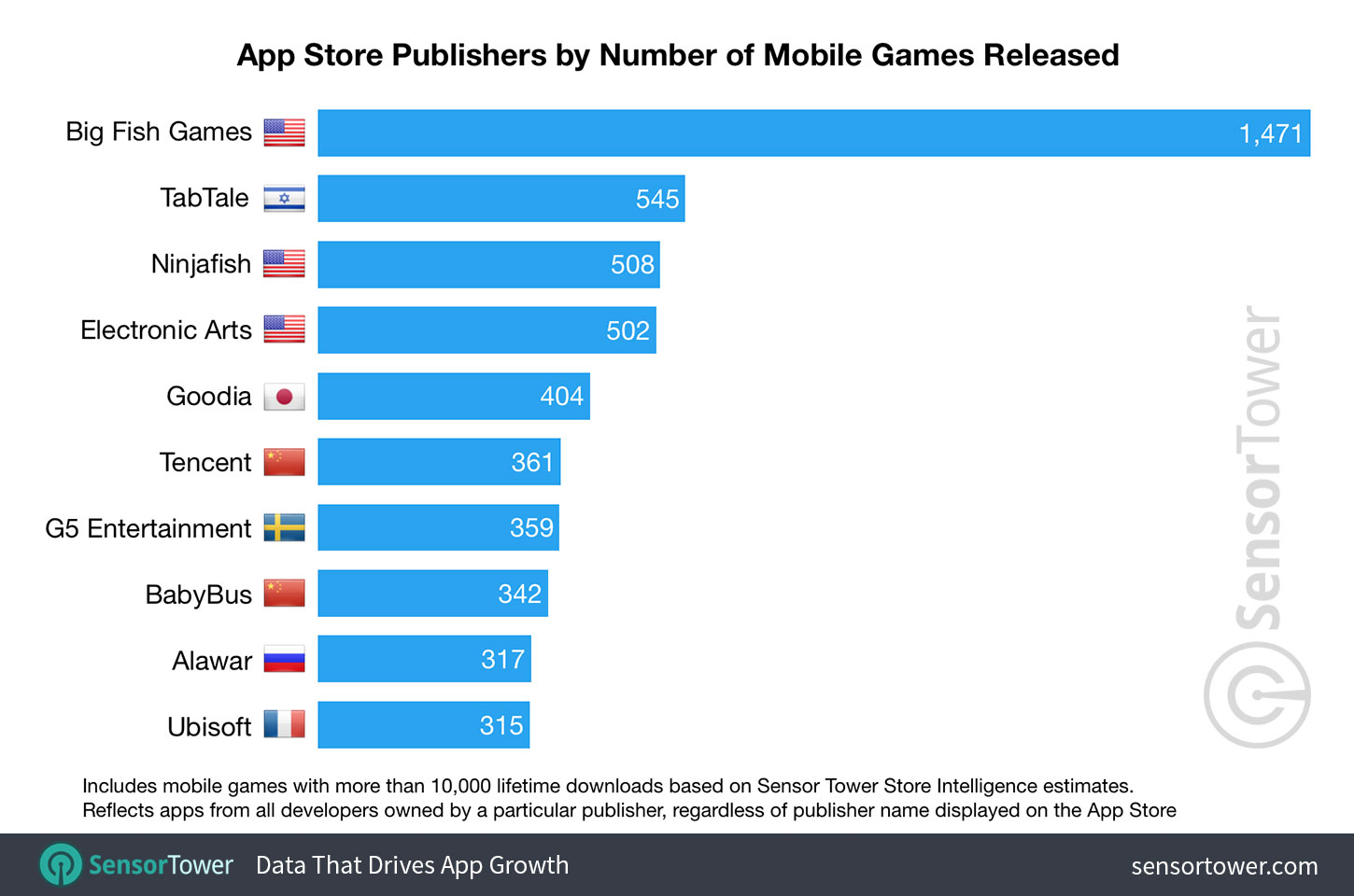 Some of these publishers made our report from yesterday, where we looked at the top App Store publishers ranked by No. 1 apps, including Alawar and Electronic Arts. In the latter's case, it's not only prolific, but has an abundance of top hits, with 84 games reaching pinnacle of the iPhone free apps charts, 72 on the paid charts, and 78 on the top grossing charts.

Still, it couldn't tackle Big Fish Games, at 1,471 games released, and which also continues to hold a major presence on the top grossing charts with its copious catalog, including last quarter's No. 72 ranked iOS game by revenue, Big Fish Casino.

Be sure to check back each day this week and follow us on Twitter for more from our weeklong look back at the first 10 years of Apple's App Store. Next up: The best reviewed iOS apps of all time.