Technical troubles and an inconsistent product offering have taken a significant toll on user growth for MoviePass, new Sensor Tower Store Intelligence data reveals. First-time downloads of the service's requisite mobile app have plummeted 76 percent over the last three months, declining to an estimated 80,000 in August, down from about 330,000 in June.

The chart below lays out monthly MoviePass app installs to date for 2018 on the App Store and Google Play, alongside significant events affecting the product's user growth—for better or worse.

Through the data, we see that the only period of positive month-over-month growth in first-time downloads occurred between April and May, when MoviePass reintroduced its one movie per day plan that was suspended the month before. This resulted in MoM growth of 28 percent. In contrast, the MoviePass app has a compound monthly growth rate of minus 19 percent so far in 2018. 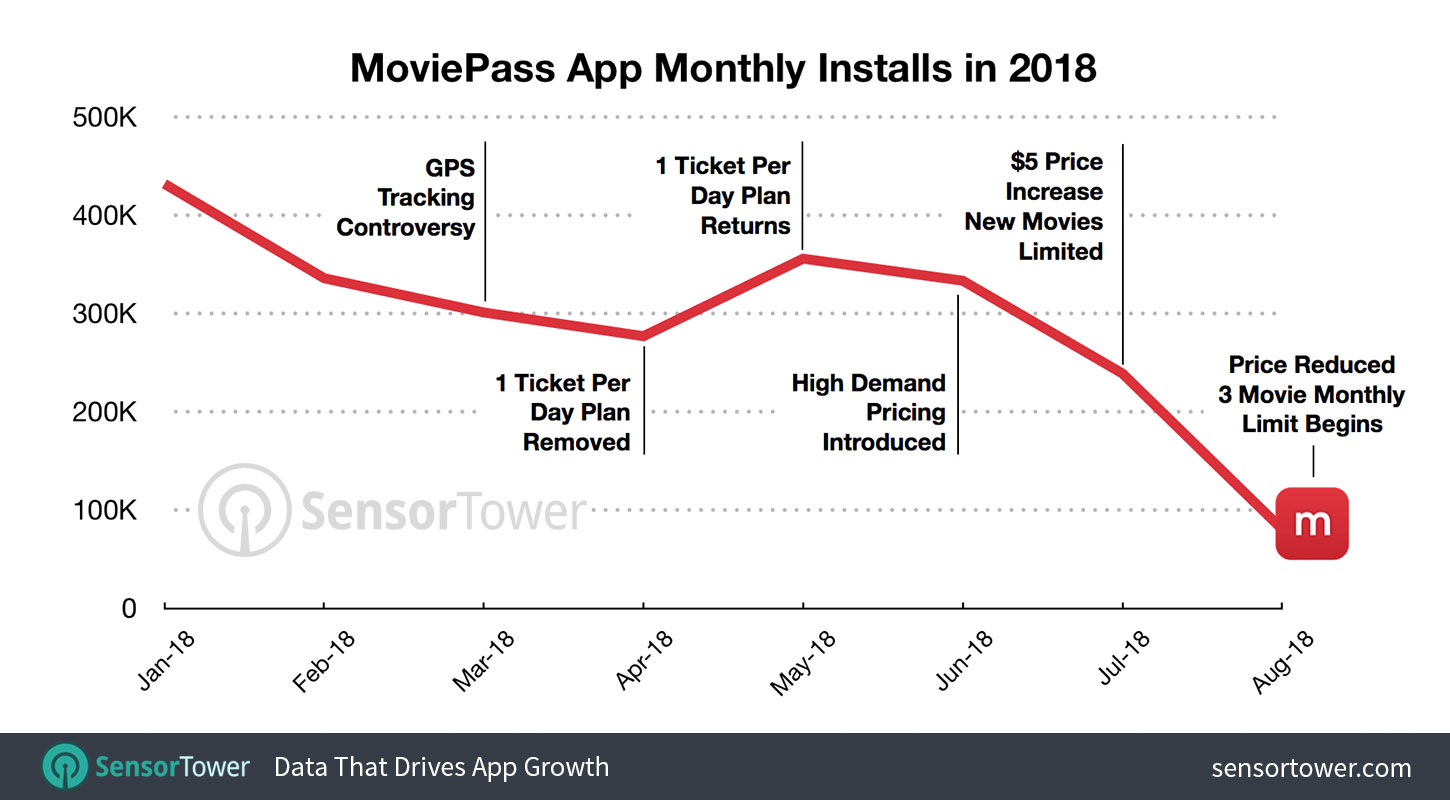 New installs of the MoviePass app took their biggest hit in August, when they dropped 67 percent MoM from July. This came as the service restricted its offering from one movie ticket per day to three per month, despite the reversal of a $5 price increase introduced the month before and the suspension of high demand pricing, which went live in June.

Mirrored by the Market

The continued decline in the app's user growth is reflected in the share price of MoviePass owner Helios and Matheson Analytics (HMNY), which was trading at more than $100 at the start of June, but had dropped below $1 by the beginning of August. The chart below plots the closing price of HMNY shares against daily MoviePass app installs between June and September. 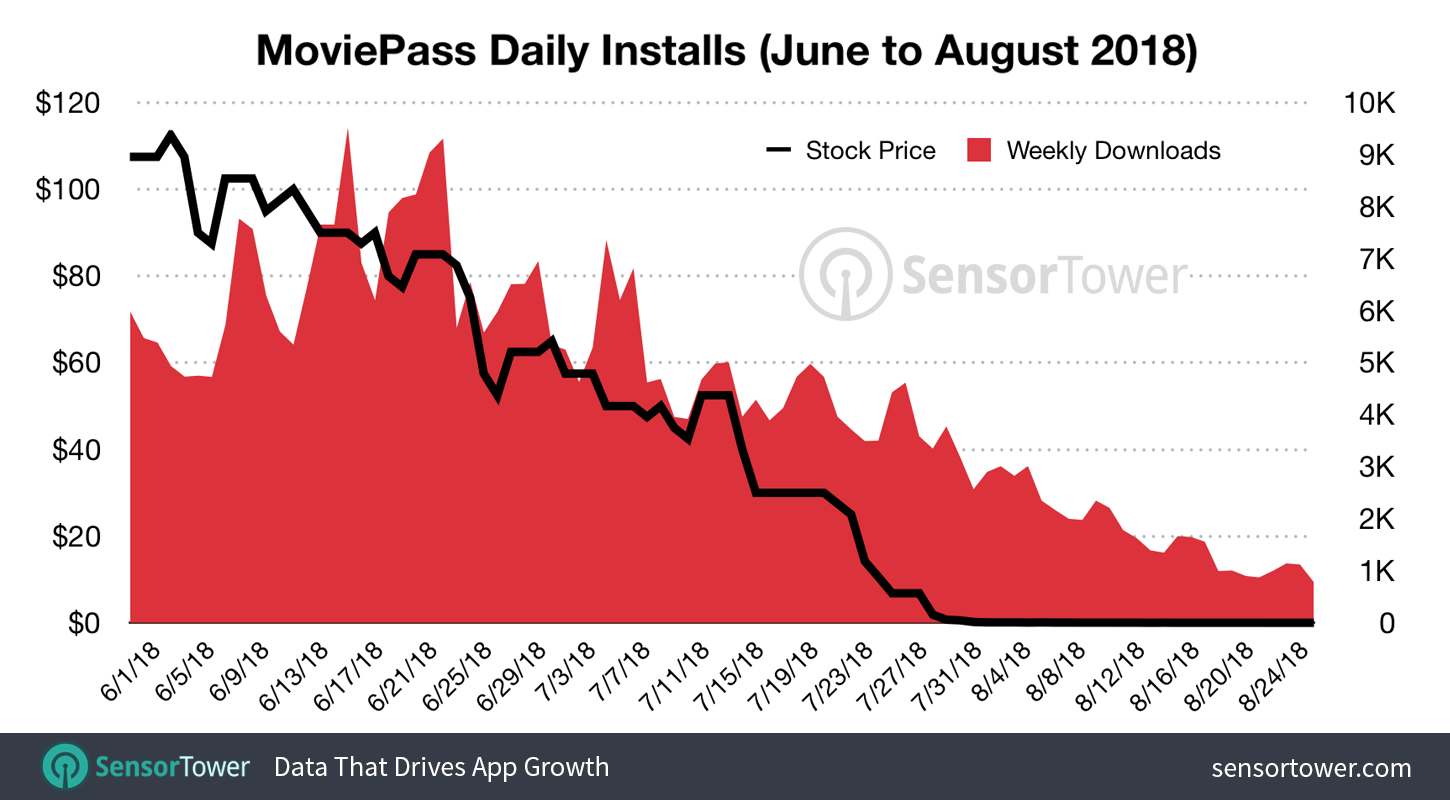 MoviePass app downloads averaged approximately 1,000 per day for the final week of August, down from an average of about 6,500 during the last seven days of June.