The past several months have been extremely good for Netflix on the mobile revenue front. Last December, its app took the top grossing position on the U.S. App Store for the first time, and now Sensor Tower's Store Intelligence data reveals that its gross revenue on iOS devices worldwide grew 256 percent year-over-year in Q1 2017 to approximately $120 million. At the same time, its two largest competitors on mobile, HBO NOW and Hulu, posted considerably more modest YoY growth on the platform.

Since Netflix first began offering in-app subscriptions on the App Store in September 2015, its mobile offering has been growing its revenue on Apple's platform by no less than 30 percent quarter-over-quarter. Meanwhile, as the chart below illustrates, its closest competitors have experienced months of neutral or even negative revenue growth. 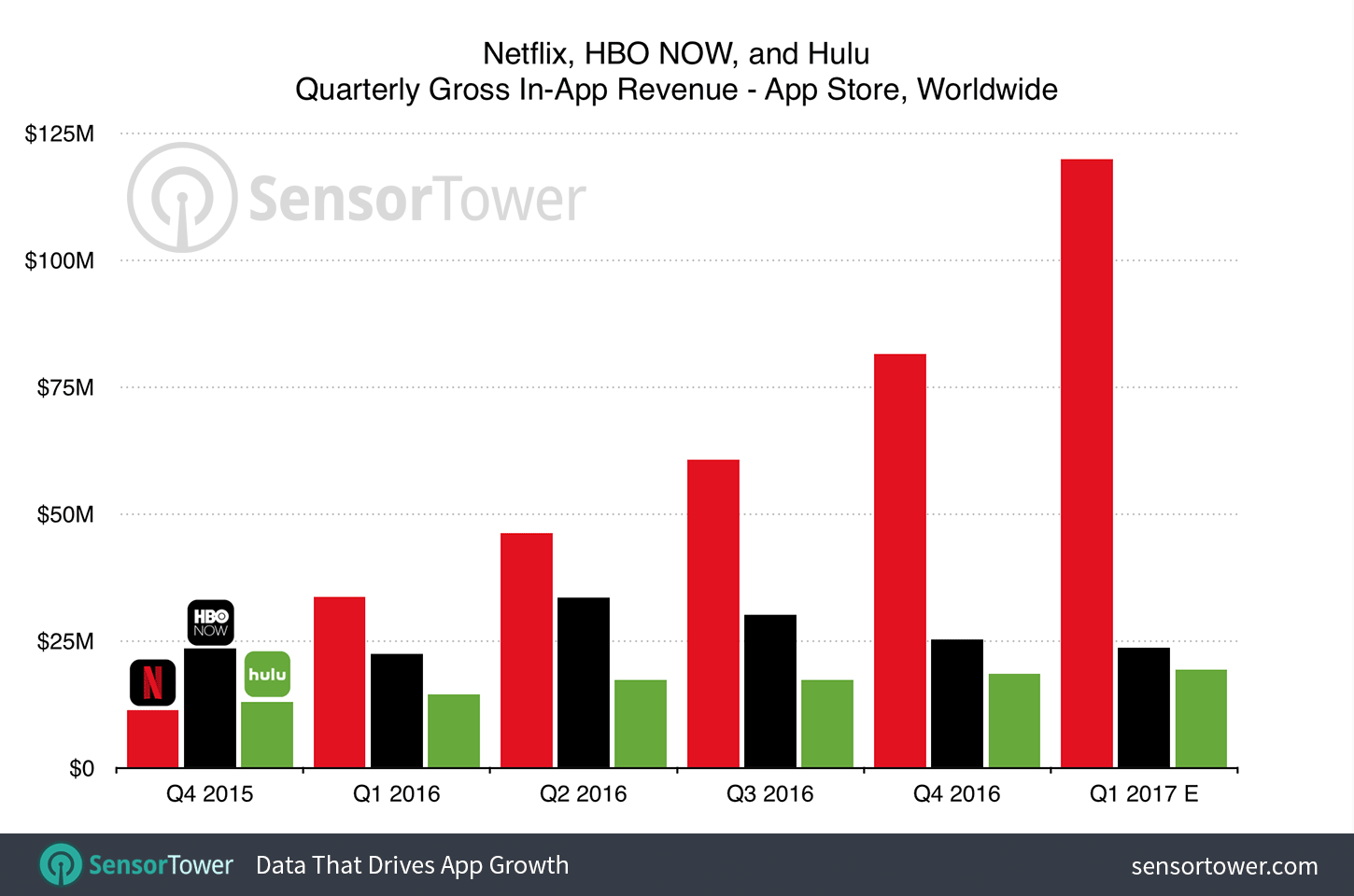 Through the summer of 2016 and continuing into last quarter, the Netflix app's revenue showed signs of accelerating while Netflix rolled out its subscription service into new markets and simultaneously introduced wave after wave of critically and commercially successful exclusive content. Its worldwide gross revenue on iOS grew 31 percent quarter-over-quarter in 3Q16, followed by 34 percent in 4Q16, and, most recently, 47 percent in 1Q17.

HBO NOW, for its part, saw YoY growth of just 6 percent for the quarter ending today at approximately $23.7 million. As for Hulu, its gross in-app revenue compared to 1Q16 was up more significantly at about $19.4 million, an increase of 34 percent YoY.

Compared to Netflix and Hulu, HBO has so far struggled to maintain consistent mobile revenue growth QoQ, with its most significant gains coming as a direct result of new Game of Thrones seasons—only to decline when the program isn't airing.

With Netflix set to debut even more original content in 2017, we'll be keeping a close watch on its revenue growth over the coming quarters to see how consumers react with their wallets.