Niantic is no doubt thankful for the impact its "thanks giving" event, which concluded yesterday, had on Pokémon Go's revenue—even if it didn't drive players to spend anywhere near as much as they did during last month's Halloween event, the first for the game. As our Store Intelligence platform reveals, between November 22 and 29, players worldwide poured more than $31 million (net $22M) into in-app purchases for the game, an increase of approximately 47 percent over the previous eight-day period. Still, this was substantially less than the 97 percent revenue increase the game saw during its late October event.

Although the previous periods leading into both events brought in comparable net revenue across the App Store and Google Play worldwide ($17M in October versus $15M this month), the chart below illustrates just how much more impactful the Halloween event was on global revenue compared to the just-concluded event. 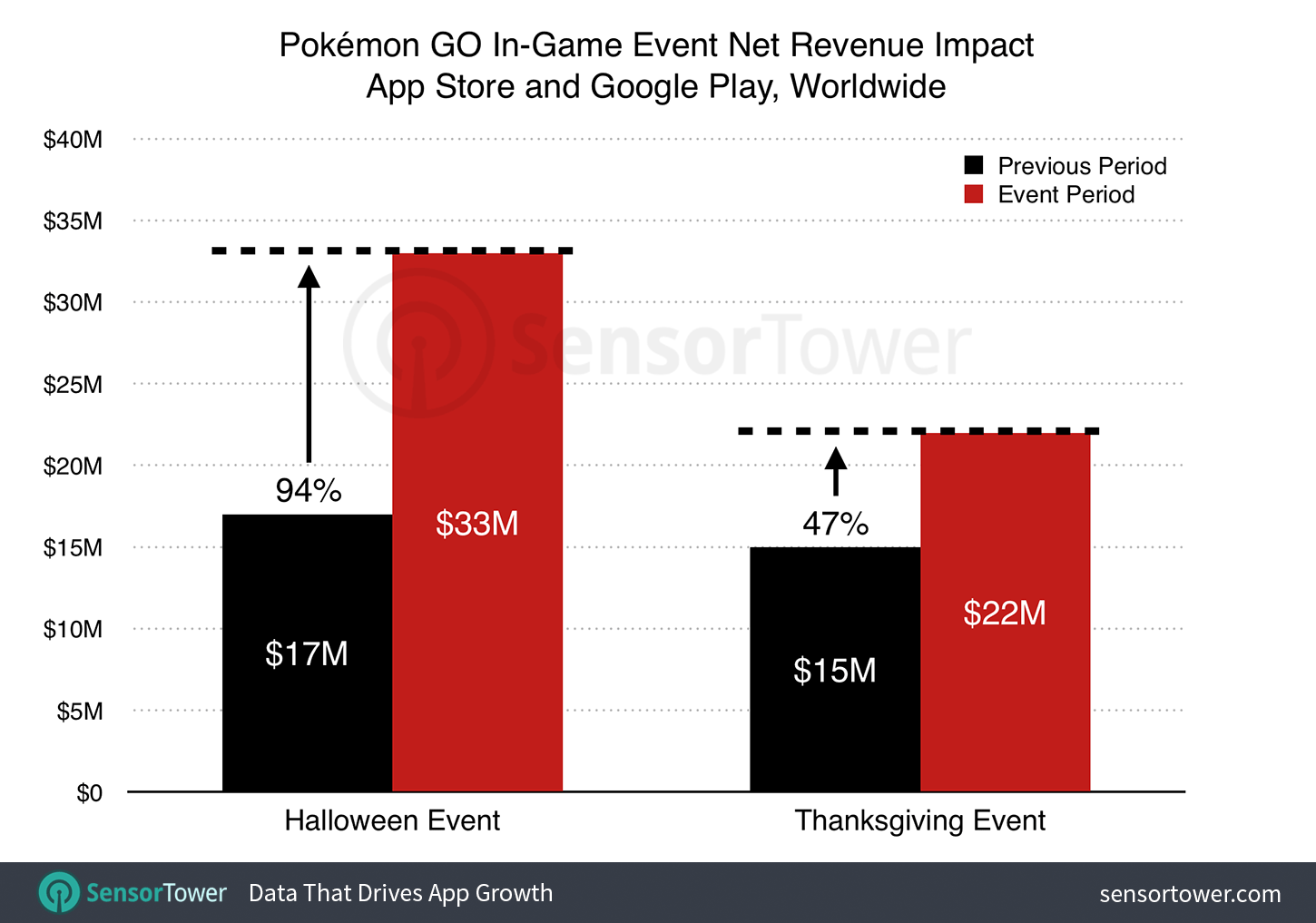 Striking the Right Balance of Bonuses

A revenue increase of 47 percent overall is certainly nothing to sneeze at—most publishers would be thrilled with a fraction of that improvement—but it does raise the question of why this event drove less player spending than the first. Any number of factors could be at play (apart from the scope of the event; it was global just like the first), but it's possible that the actual benefit to players introduced in the November event didn't encourage as much IAP buying.

During the Halloween event, for example, players received extra candy, used for evolving Pokémon—a key mechanic of the game and major drive behind the core monster hunting gameplay. For the November event, players were rewarded with double experience points for their actions, which doesn't affect the core gameplay in the same way, instead leveling up the player character faster.

We imagine that Niantic will study what worked best between the two events in terms of monetization and use these findings to design the next, which has yet to be announced but will logically occur during the year-end holiday period. Of course, keeping user engagement as high as possible is also a primary goal for the publisher, so player feedback—which was overall less enthusiastic during this second event—will no doubt come into play as well.