Player spending in the game reached a record $167 million globally in July, which represented an increase of 748 percent year-over-year from approximately $46 million in July 2018. This kept PUBG Mobile at No. 1 in terms of revenue among all mobile games worldwide for the third consecutive month, ahead of Tencent's own Honor of Kings on the global stage.

In just 60 days, China has gone from a non-monetized market to accounting for 28 percent or about $241 million of the close to $860 million the title has grossed to date. These figures do not include spending by Chinese consumers in the Android version of Game for Peace.

PUBG Mobile's revenue growth isn't limited to China. While spending in the title has increased globally since this time last year, its growth is most pronounced in the United States, where it has seen revenue rise 565 percent year-over-year to about $32 million last month. That's up from approximately $4.8 million one year ago.

As the chart below shows, the game's revenue for last month was approximately five times greater than its two closest competitors in the genre, Fortnite from Epic Games and Knives Out from NetEase. 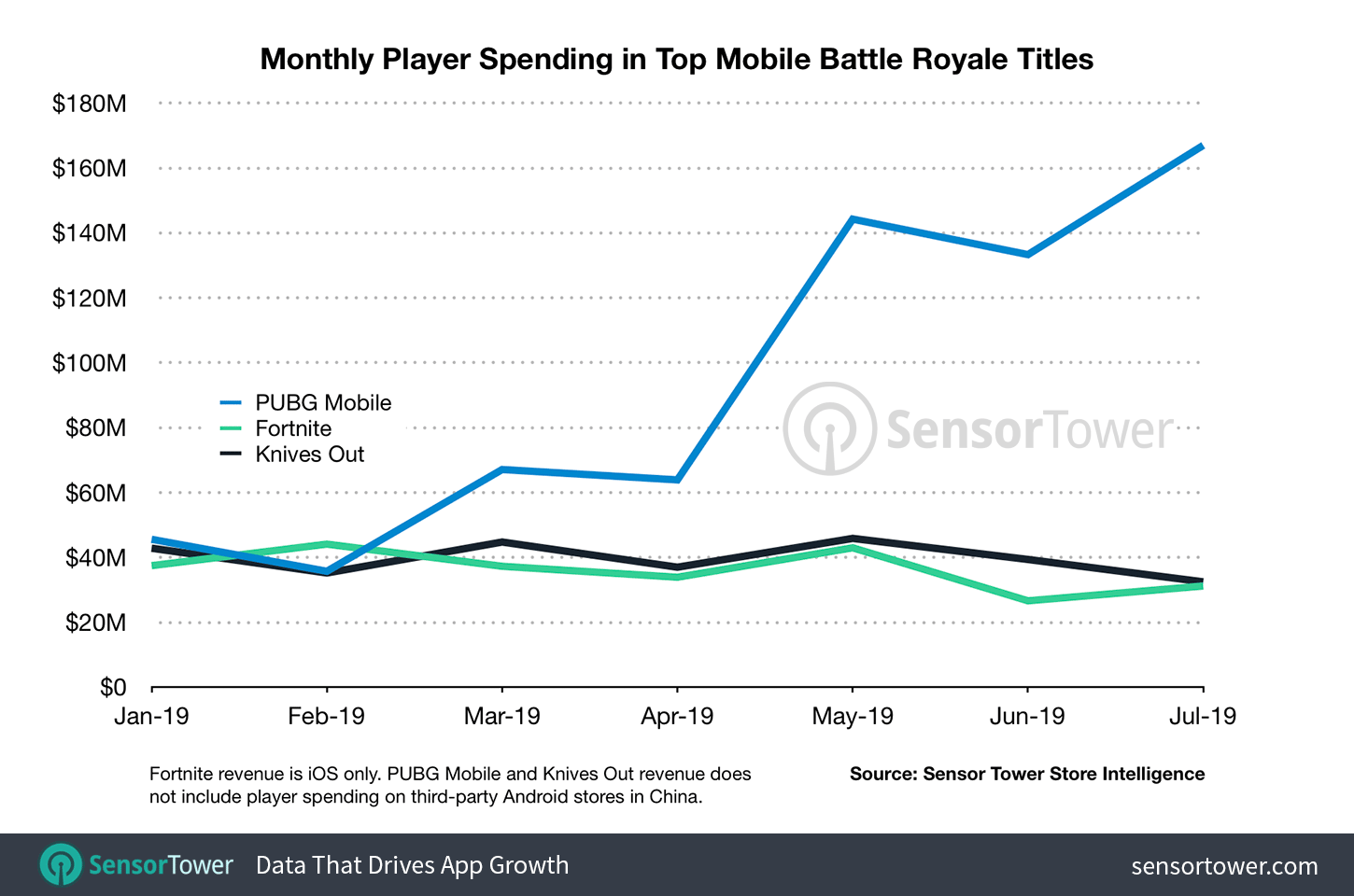 The title's total revenue since launch now places it ahead of Fortnite and Knives Out, which have grossed $725 million and $771 million, respectively, compared to PUBG Mobile's $860 million. Fortnite's revenue is inclusive of iOS only, as the title is not available through Google Play.

Tencent's consistent cadence of gameplay and content updates to PUBG mobile, along with popular season pass events, has helped the title sustain significant growth even outside of its recent monetization in China - and created a proven roadmap for challengers to follow if they seek similar success on mobile.