The App Store finally added a dedicated Shopping category last November in a bid to increase visibility for thousands of apps that had, up until that point, been lumped into Lifestyle. Since then, we've seen shopping apps surge in year-over-year downloads during the holidays, and now—with three full months of data at our disposal—we've put together some key highlights of the category's performance to date on the U.S. App Store, which you can read about after the break

These insights were produced using download estimates generated by Sensor Tower's Store Intelligence platform for the period of November 5, 2015 (the day of the Shopping category launched) through February 5, 2016. The estimates include combined iPhone and iPad downloads in the United States.

The Category Is Already Big in the U.S.

During its first three months, the Shopping category generated approximately 65 million downloads in the U.S. This accounted for more than 4 percent of total U.S. App Store downloads for the period we studied.

As of this post, Sensor Tower data shows there are 11,014 apps in the Shopping category based on their primary or secondary category, while 9,374 have it listed as their primary category. iPhone accounted for 91 percent of all Shopping downloads during the period we analyzed, while iPad made up 9 percent.

Switching from the macro view, we also looked into which individual apps performed the best in the U.S. during the period we studied. By using indexed estimates, which show an app's downloads as a percentage against the most-downloaded app, we produced the top 10 U.S. shopping apps ranking below: 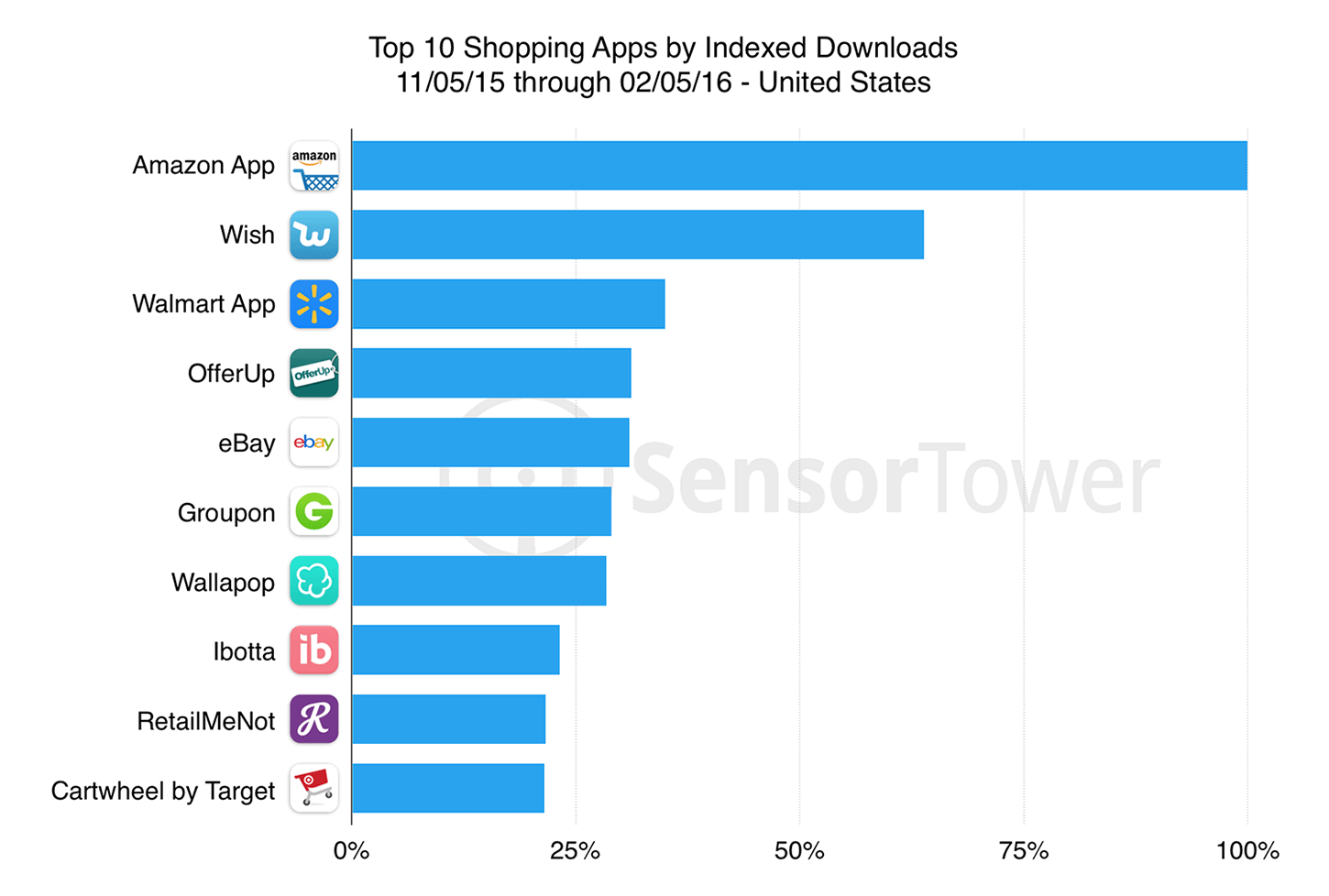 Breaking down the apps by type, we noted that four of the 10 were discount/coupon/rebate focused (Groupon, Ibotta, RetailMeNot, and Cartwheel by Target). Three focused on buying/selling between private parties, with OfferUp seeing more installs than eBay and coming in two spots above competitor Wallapop.

Of the remaining three, Amazon App and Walmart App are mainstays of e-commerce—but Wish, with its focus on an app-only model of offering low-price new goods from an international network of sellers, gave the former a solid challenge and greatly surpassed the latter.

The Best (and Worst) Days for Shopping Apps

Concluding our look at the Shopping category's first 90 days, we put together the following chart which shows what percentage of total downloads each day of the week accounted for. As you can see, Sundays were the best days for Shopping category downloads, followed by Saturdays and Fridays. 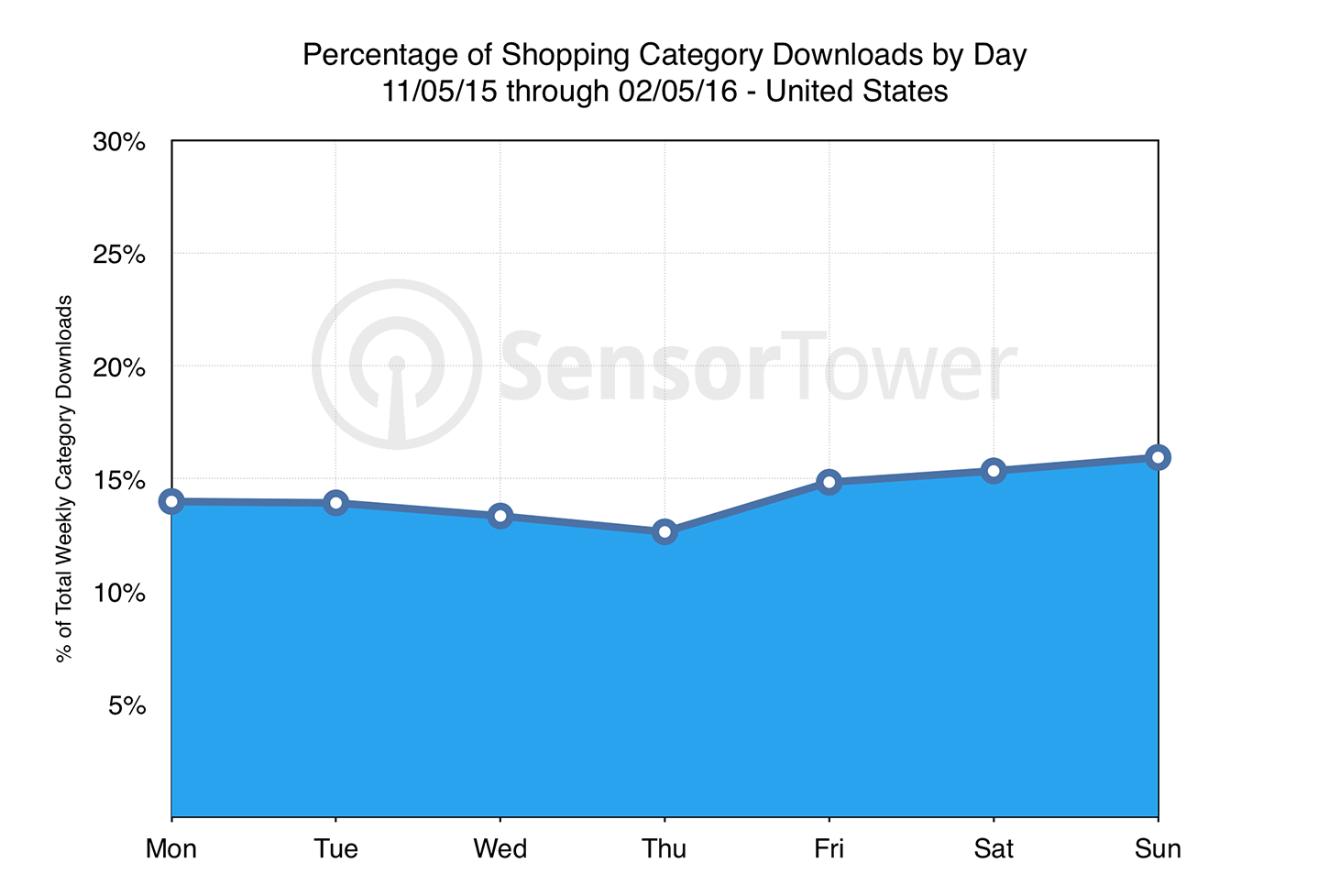 We hope to expand our analysis of the Shopping category to more countries in the future, so we'd love to hear your thoughts on this first round of insights in the comments below—or tweet us @SensorTower.