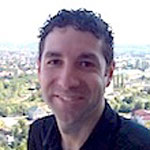 About the author: Benjamin Zadik is the Chief Translator and Copywriter at Babble-on, an app localization and copywriting company. He has lived in places like Brazil, Colombia, Israel and Ukraine. He knows English, Spanish, Portuguese, French, Italian and Hebrew.

Developers often ask us if they should localize the name of their app. It’s one of those common localization issues that has several “right” answers. And what comes next is that unavoidable

Does Your App Have A Trademark Or Proper Name In The Title?

If it does, case closed, you will probably want to leave that in English. Any trademarked name that you plan to aggressively market internationally is best left untouched.

Apple, for example, doesn’t translate Safari in any language. It’s not that Safari is an untranslatable word, it’s just that Apple has spent a lot of money making people associated the word Safari with web browsing.

In other words, if your app has a name you want to be consistent across countries and that you expect your audience to learn and value you can leave it.

Notice that Apple itself doesn’t translate Safari and App Store in Japanese, but basics like Settings, Mail, and Messages are localized.

Is Your Name Impossible To Translate?

If your name is a clever play on words like “Luv N Haight” you may also want to leave it. We could of course translate “Love and Hate” for you, but would that be the same thing? Another problematic type of name is concatenated titles like InstaQuote. We did not translate this app name because, well, it just doesn’t make sense to.

Localization For Discoverability/SEO And Usability

If you answered “No” to the two questions above, I would strongly consider translating your app’s name. There are two main reasons for that: discoverability and usability.

Your international users are not searching the App Store for “puzzles” they are searching for rompecabezas, quebra-cabeça, головоломка, 益智遊戲, or パズル.

App titles are often more than just a word or two. Many developers will use a very long extended app title, which appears only in iTunes. This allows you to include more keywords in the title, which are all indexed to improve your search rankings.

Another reason to translate app names is usability. Most developers do not have huge marketing budgets or trademarked feature names. After all, just because you call a feature EasyCheckPay doesn't mean that it is going to catch on in every language.

It's better just to translate the feature name so your users understand its function. In fact, sometimes that same EasyCheckPay feature appears elsewhere in the app as Easy Check Pay. That's an indication to us that the meaning is more important than the name and should be translated.

When we localize software, in each case, we ask the developer directly whether they want it translated. In fact, we’ve found a handy way of asking without having to explain much of the above:

You may also want to change the display name of your app as it appears to users on their iPhone home screen. This name must be short (we recommend 12 characters). To change the name of your app on the iPhone home screen (Springboard), create a file called InfoPlist.strings and add it to each language-specific project directory where you store other resources for the same localization. Localize the name on this line:

What’s In A Name?

Even when you have decided to translate your app name, the real work goes to the translator. Name translation isn’t always as straightforward as you might think, even when it’s a good idea. It is important for the name to sound natural in the localized language, and requires translators who understand the app, and thoughtfully consider the title in order to create a natural translation.

For example, we recently localized the new puzzle game Lost Toys. In the game, players must restore “lost” toys by rotating puzzle pieces back to their original form. (It’s fun, check it out!)

After discussion with the game’s creators, we agreed Lost Toys was a good candidate for translation—it’s a new game with a clear title and no trademarks or proper names. That’s when it got difficult.

What is a “lost” toy? Is it missing, abandoned, forgotten, or rather some runaway toy looking to escape a child’s hands? Okay, perhaps we’ve gone too far. The point is that “lost” in English actually conveys several meanings at once, and for a game title like this, we wanted every language to be equally vivid.

The Name Of The Game

Every language has its own conventions regarding the translation of names and titles from foreign sources. Sometimes we will translate an app, and certain titles will be left in English in some languages, and translated in others. It’s important to consult a professional translator for advice when making these decisions.

Do you have any questions about localizing your app title? Let us know in the comments below.