Adoption of encrypted messaging apps Telegram and Signal reached new heights in Ukraine after its invasion by Russia on February 24, with installs collectively climbing 197 percent when compared to earlier in the year. Sensor Tower Usage Intelligence data reveals that usage of Signal particularly surged, nearly tripling during the ongoing conflict.

In the period from February 24 to March 20, Telegram and Signal collectively saw 1.7 million installs from across Ukraine’s App Store and Google Play, up 197 percent from 573,000 in the immediately preceding January 30 to February 23 period prior to the invasion. Comparing the same two periods, the apps also experienced growth among Russian devices at a more modest rate, with installs climbing 33 percent to 3.2 million from 2.4 million. 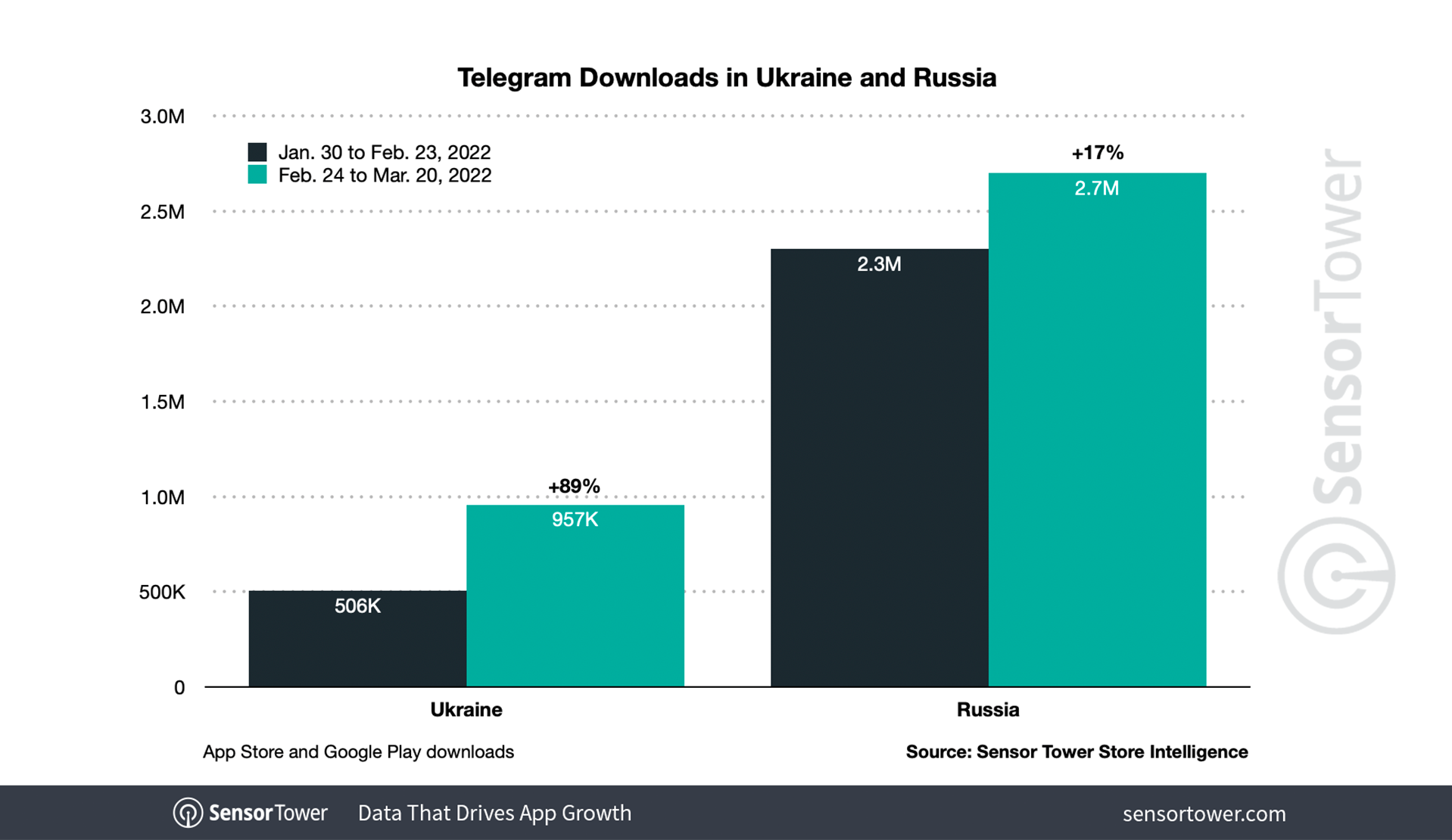 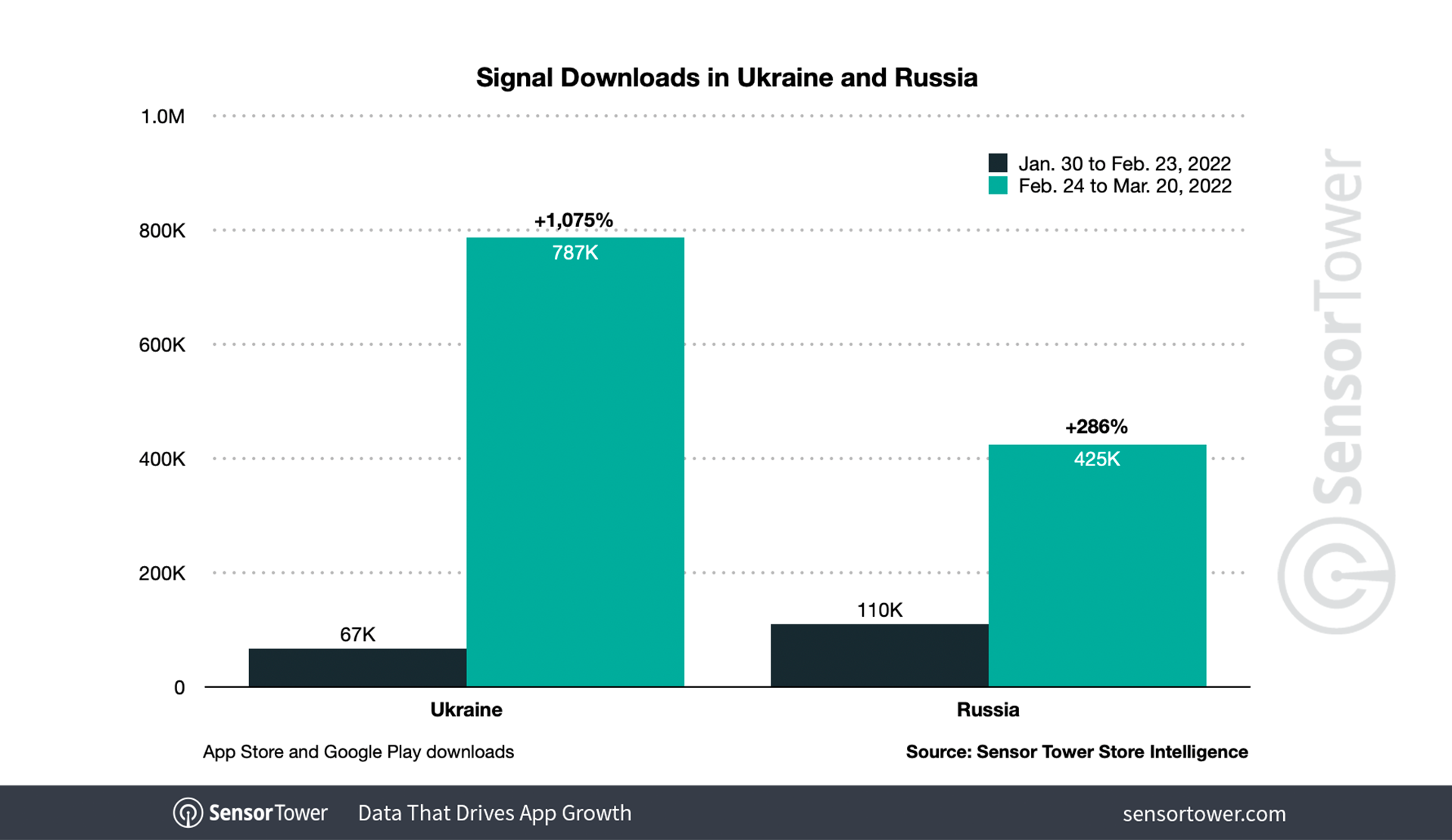 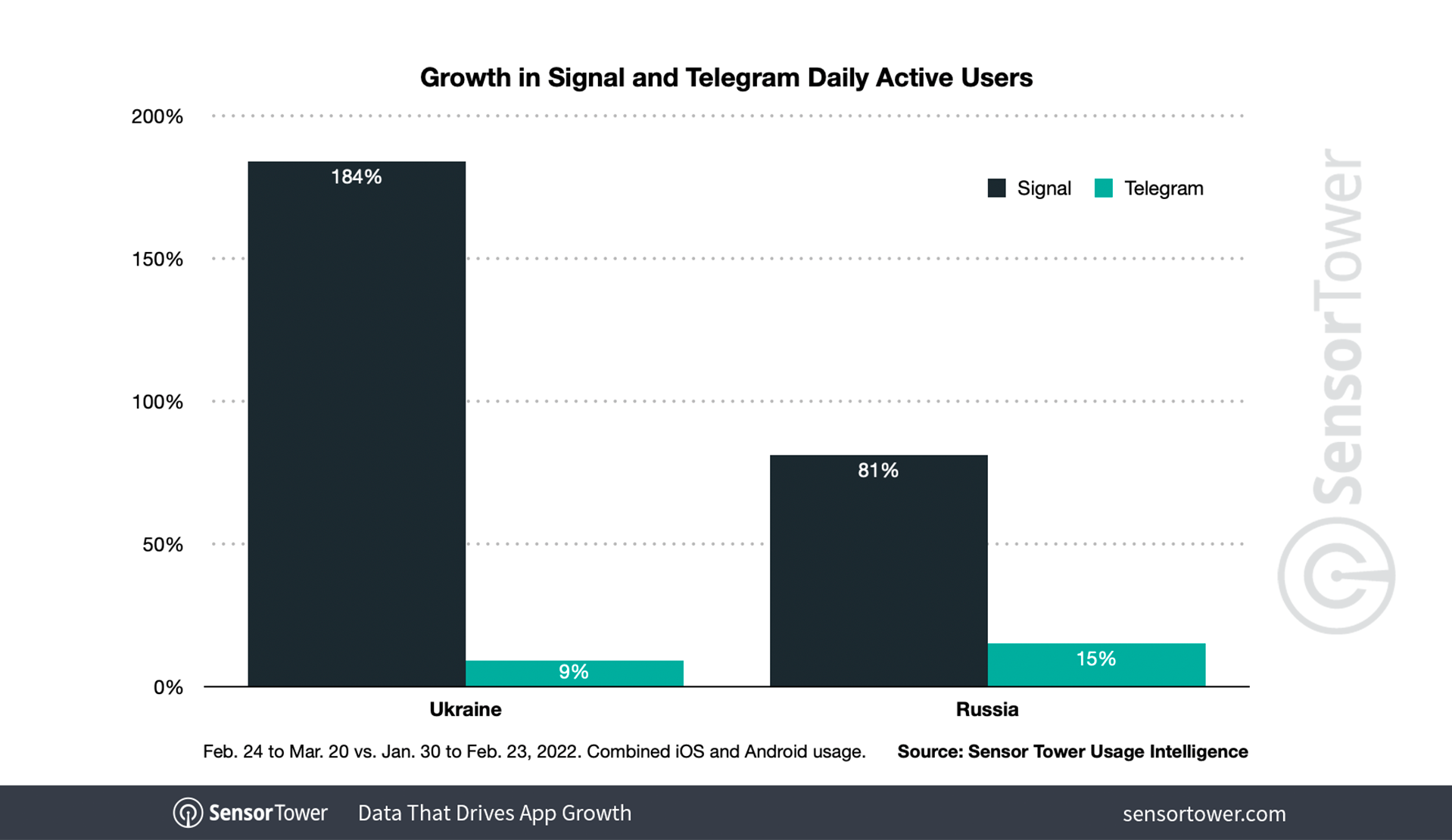 Signal and Telegram previously experienced spikes in adoption in January 2021 during the backlash against WhatsApp’s new privacy policy at the time. However, install growth during the current period we studied exceeds the previous growth seen in Ukraine.

The mobile market provides a snapshot of user concerns and behaviors, and while it might not be a full picture, it offers a glimpse into what consumers value and need. In this case, it’s the ability to communicate freely during a turbulent time—one when more mainstream options they’re accustomed to have also become limited.