Music streaming giant Spotify launched its service in India today, one of the world's largest mobile markets. While its offering is still finding its footing there, Sensor Tower Store Intelligence data shows that Spotify is continuing to see healthy growth in the rest of the world, marking its single best month for new user numbers yet in January. According to our estimates, the service added 17 million new users on mobile last month globally, an increase of 16 percent year-over-year from the 14.6 million who downloaded its app for the first time in January 2018. 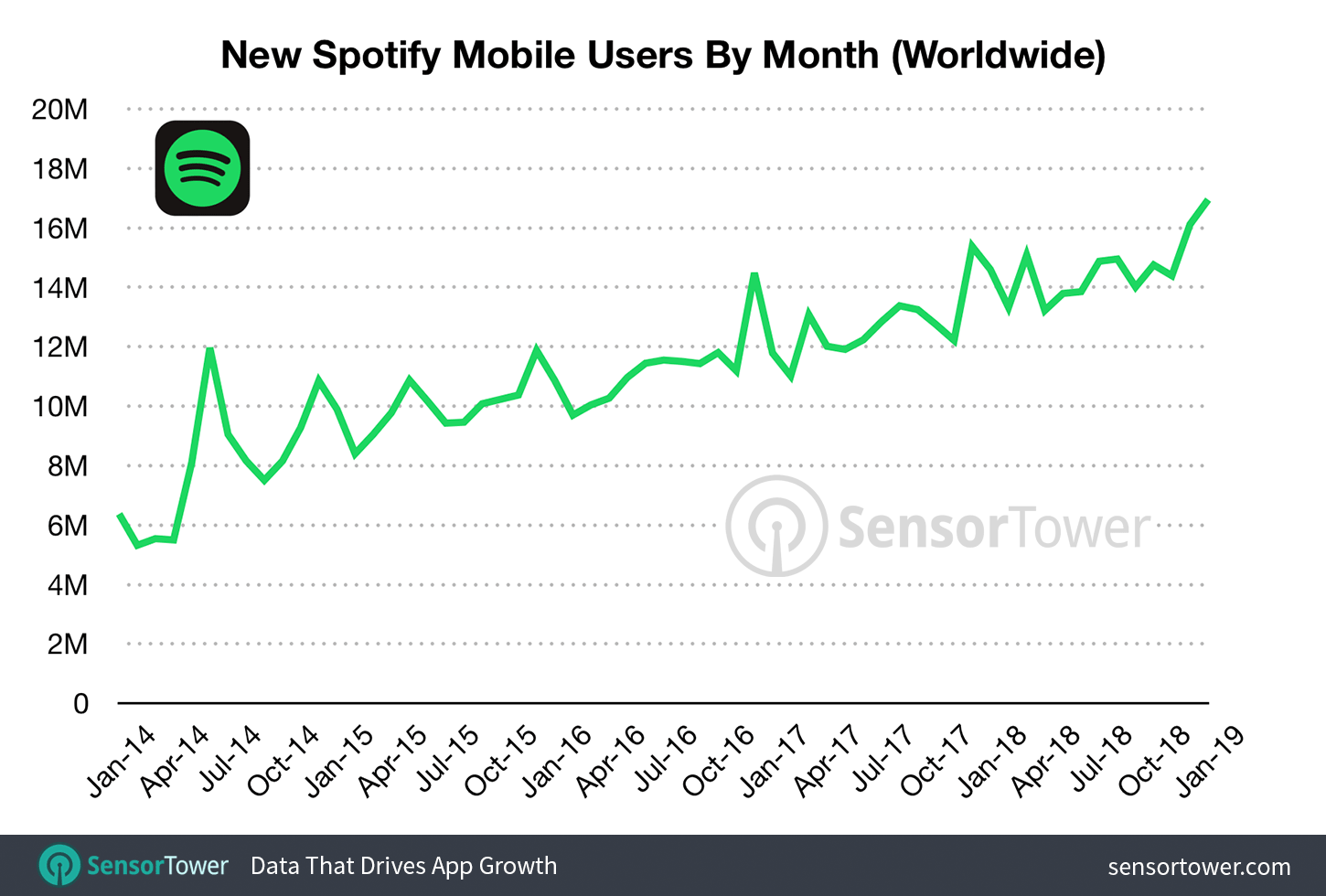 The largest portion of new Spotify mobile users for January came from the United States, which contributed 16.5 percent of first-time installs of the app last month, or about 2.9 million. Brazil and Mexico also contributed a sizable portion of the total, at 1.9 million and 1.6 million, respectively.

As for India, Spotify debuted at No. 1 on the country's App Store and has yet to rank on Google Play there. We'll have more on the service's performance on mobile in India soon.