One in 10 of Spotify’s active mobile installs are power users, opening the app every day in Q2 2022, according to Sensor Tower’s Consumer Intelligence data.

This analysis, which utilizes Consumer Intelligence’s new Power User Curve data, defines power users as active U.S. Google Play installs that open an app every day in a period of time. In a cohort that includes Spotify, YouTube Music, SoundCloud, and Pandora, Spotify had the highest engagement with 10 percent of its active installs opening the app every day in 2Q22. 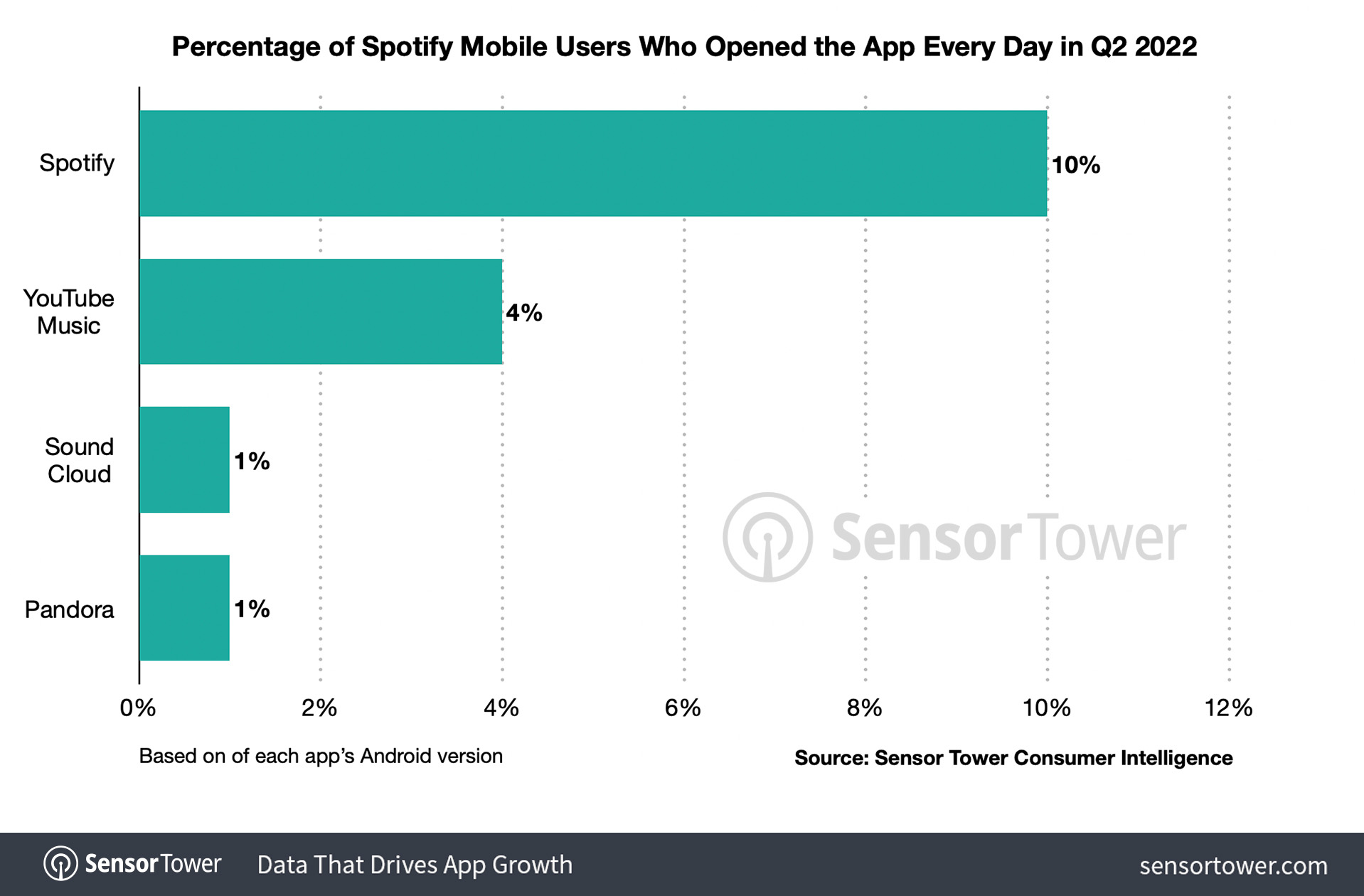 YouTube Music came in second with 4 percent, while SoundCloud and Pandora each had approximately 1 percent.

Spotify’s Mobile Users Tune In More Than Ever

According to Sensor Tower’s Usage Intelligence data, Spotify’s monthly active users (MAUs) in the U.S. have grown consistently despite a dip during the onset of the pandemic in Q2 2020. Compared to Q2 2019, this past quarter had 20 percent more MAUs. 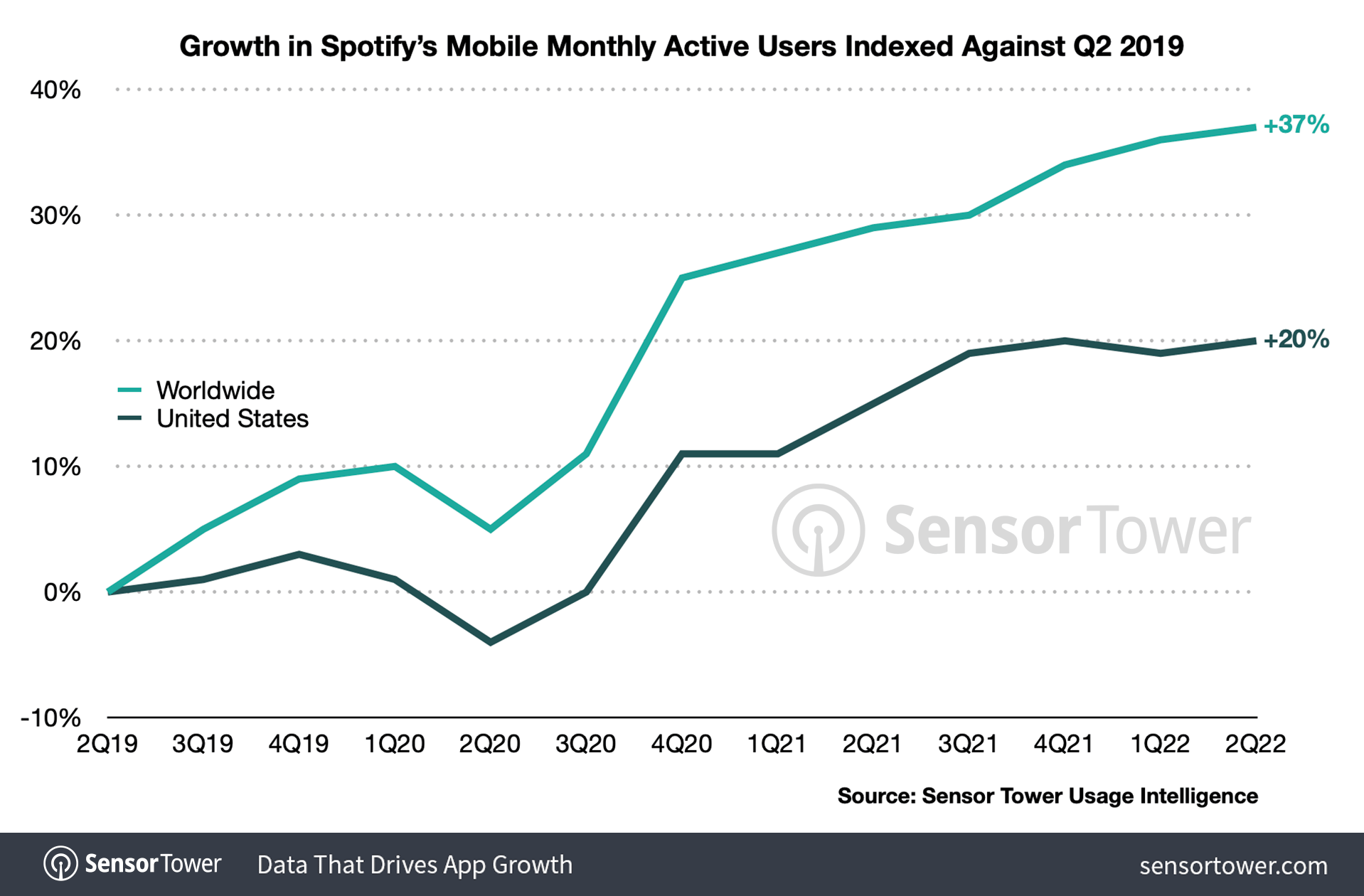 The growth is even more pronounced when looking at Spotify’s usage globally, with the app’s MAUs climbing 37 percent in 2Q22 when compared to 2Q19.

Competitors on the Horizon

Although Spotify has established itself as the category leader, it still has a number of competitors both old and new. In addition to established platforms such as YouTube Music, ByteDance has reportedly filed a U.S. trademark for “TikTok Music”. The developer has launched its music-streaming service Resso in limited markets Brazil, India, and Indonesia, where it has seen adoption climb each quarter.