If you are undecided as to if you should localize your app or not, you do not have to look any further than the top 10 apps on our Leaderboard. They are the best performing apps on the entire App Store, according to our App Worth metric. App Worth is not just calculated by number of downloads, but also takes into account user activity, international reach, revenue estimates and other factors that give a better overall picture of how well an app is doing. 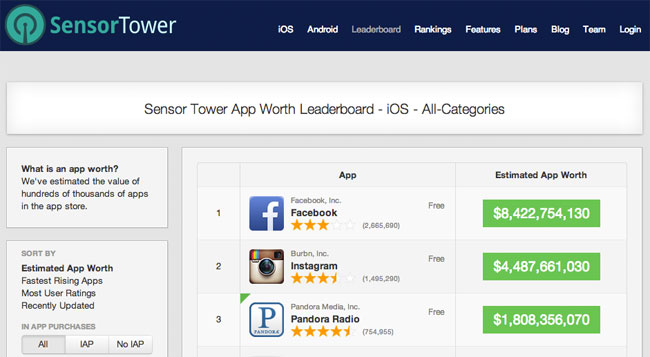 In this post, we will take a detailed look at how well localized these 10 apps are for each of the major App Store countries. Then we will analyze the different approaches that these apps are taking towards localization.

How We Defined App Localization

The chart below all depends on the definition of localization, so let's take a minute to explain how we determined if an app is localized for a particular country or not.

First of all, we used three different levels of localization for each country:

Of course, there are a lot of questions when determining if an app is localized or not. In order to be completely localized, an app would have to have the following characteristics:

We did not take into account localization of the app name because there may or may not be a good way to translate it into a particular language and the English name is part of the brand. Things get tricky when an app is available on the US (or any other) App Store, but is translated into different languages. Also, what about countries that have English as one of their primary languages?

For simplicity, we decided to consider an app localized for a particular country if it is available in at least one of the primary languages of that country, even if it was not available on that country's App Store. Pandora is the one exception, but we discuss that in the App Specific Considerations section.

We could have chosen to classify localization in a variety of different ways. The purpose of this chart is not to argue semantics, but just to get a general idea of how these top performing apps localize.

Given these guidelines, here is what we found: 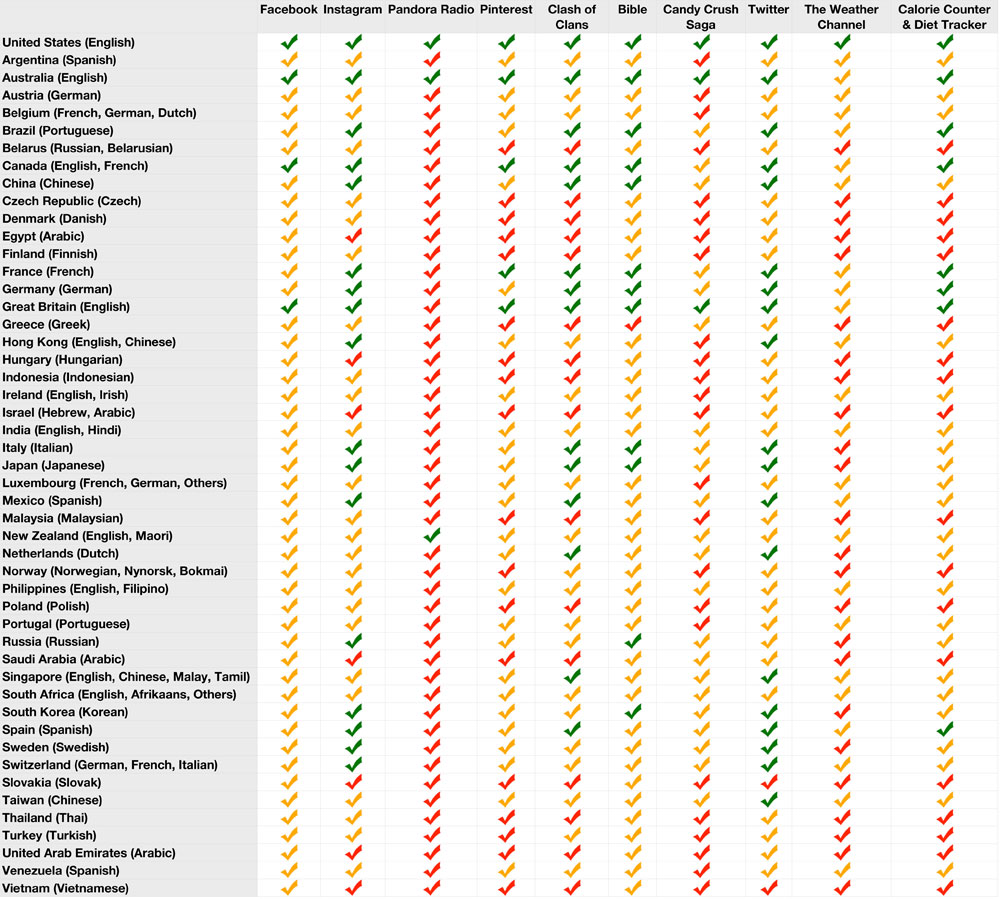 Now that you have had some time to look over the top 10 apps, let's take a closer look at what some of these apps are doing. There is a little more going on behind those check marks than is apparent from the chart.

Overall, Facebook does the best job of localization, supporting all of the major App Store markets. With 19 fully localized countries and only two unlocalized countries, Twitter is a close second, followed by the Bible app.

Facebook is available in many of these App Stores and is localized in different languages, but all of their screenshots are in English. Therefore, we could not say that they were completely localized for many of the countries that the app is available in.

Pandora is unique in that it only allows users from the US, Australia and New Zealand. This primarily has to do with music licensing and for this reason, we did not include other English speaking countries, like we did for other apps.

Candy Crush Saga is on the App Store for various countries and their descriptions and screenshots are completely localized, but the app itself is still in English, for all countries. This is a good example of testing different markets by only localizing screenshots and descriptions. Regardless of how big or small your app is, this is something you should do. 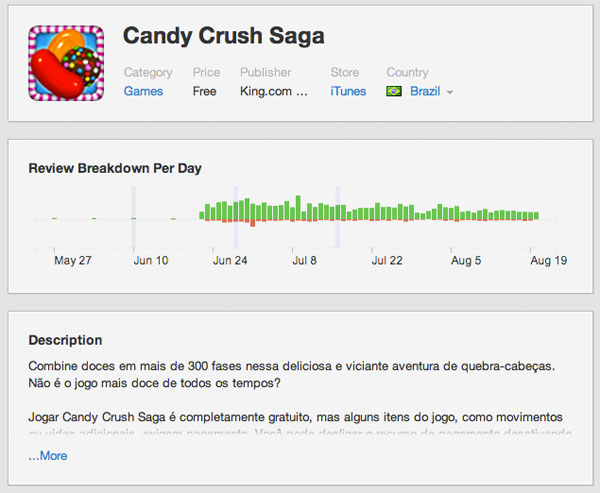 Finally, The Weather Channel app is only on the US App Store, but the app itself is translated into several languages. Obviously, the app only had data for the US market and is targeted as such, but can be used by US residents who have a native language other than English. Therefore we considered this app localized for other countries.

We hope that this post has given you a deeper understanding of what the top apps are doing when it comes to localization. As you have seen, there is no one localization strategy that will get an app to the top of the list. It depends on the quality of the app, the nature of the app and other factors, such as licensing and data.

However, the one thing that is clear is that they all localize in some way. If you have not localized your app yet, we hope that this information has helped you realize that you should get started.

What has been your experience with app localization? Let us know in the comments below.

How Localizing Your Apps Can Double Your Downloads (link)

Should I Localize the Title of My iOS or Android App? (link)