Social video app TikTok from ByteDance has just surpassed 1.5 billion downloads on the App Store and Google Play as it continues to be one of the world's most popular apps, according to Sensor Tower Store Intelligence estimates.

TikTok was the fourth most downloaded non-gaming app in the world last year, hitting 655.8 million unique installs. So far in 2019, the app has accumulated 614 million downloads—6 percent more than it had by the same point last year—and looks set to surpass 2018's total. It's currently the third most downloaded non-gaming app of the year, behind WhatsApp at No. 1 with 707.4 million installs and Messenger at No. 2 with 636.2 million. It sits above Facebook at No. 4 with 587 million downloads and Instagram at No. 5 with 376.2 million.

TikTok crossed the 1 billion downloads milestone in February 2019, taking just under nine months to generate a further 500 million installs. It took slightly more than seven months for the app to grow from 500 million to 1 billion global downloads. 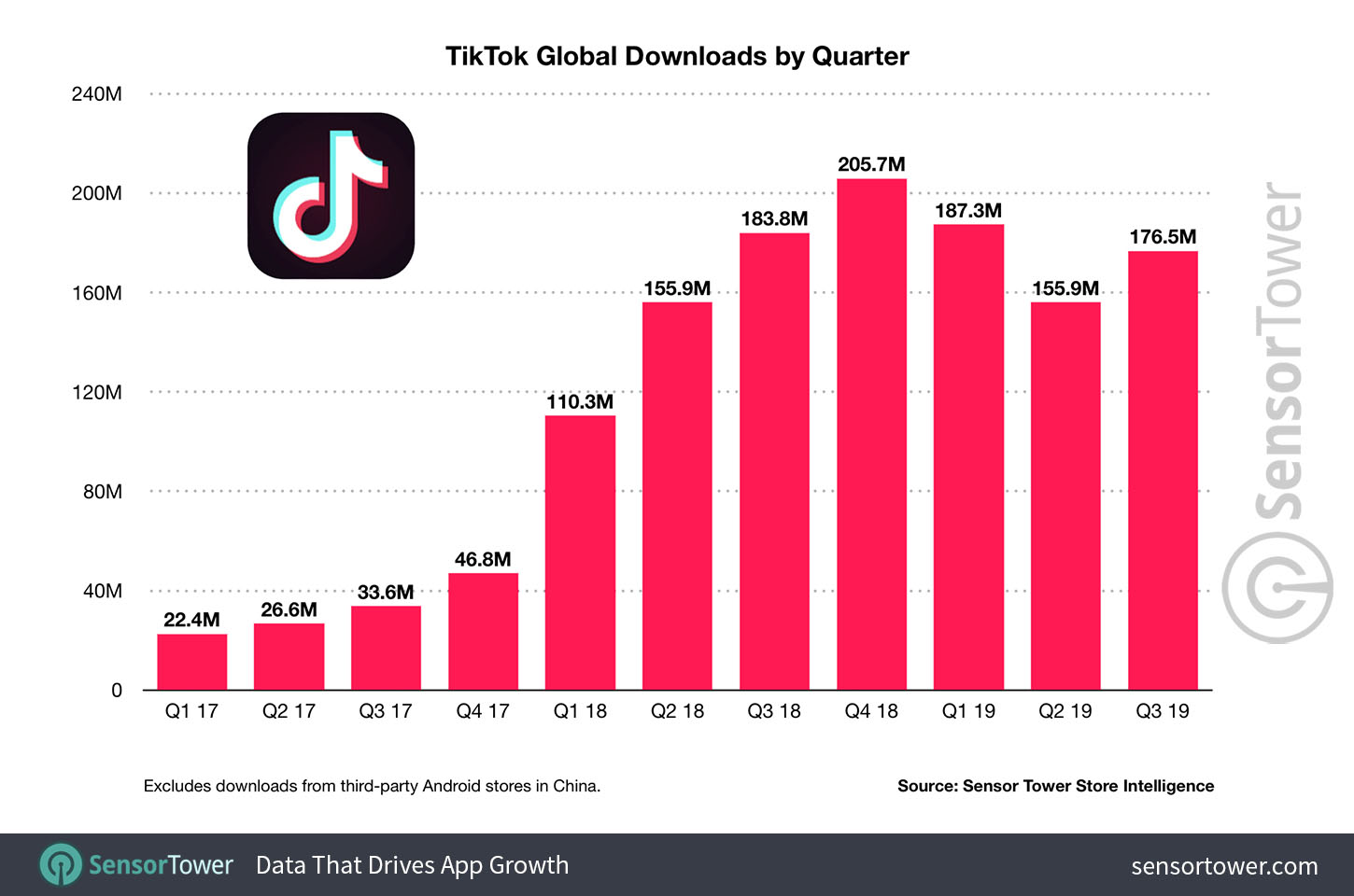 India has been the main driver of TikTok downloads across the App Store and Google Play, with 466.8 million, or about 31 percent of all unique installs coming from the country. China has generated the second most downloads for the app, accounting for 173.2 million, or 11.5 percent. This figure does not include installs from third-party Android stores in the country. The United States ranks No. 3, generating 123.8 million downloads, or 8.2 percent.

India has been a fast riser in 2019, driving up 277.6 million downloads so far this year, or roughly 45 percent of all global installs. That figure also represents 59.5 percent of lifetime downloads in the country. So far this year, China has generated the second largest amount of downloads with 45.5 million, or 7.4 percent, while the U.S. is No. 3 with 37.6 million installs, or about 6 percent.

Revenue on the Rise

Lifetime user spend in TikTok has hit $175 million worldwide across the App Store and Google Play. This has largely been driven by Chinese users, who have spent $84.5 million in the app, or 48.3 percent of all revenue. The U.S. was No. 2 for revenue, accounting for $62.4 million, or 35.7 percent, while Great Britain was No. 3 with $6.9 million, or 3.9 percent. 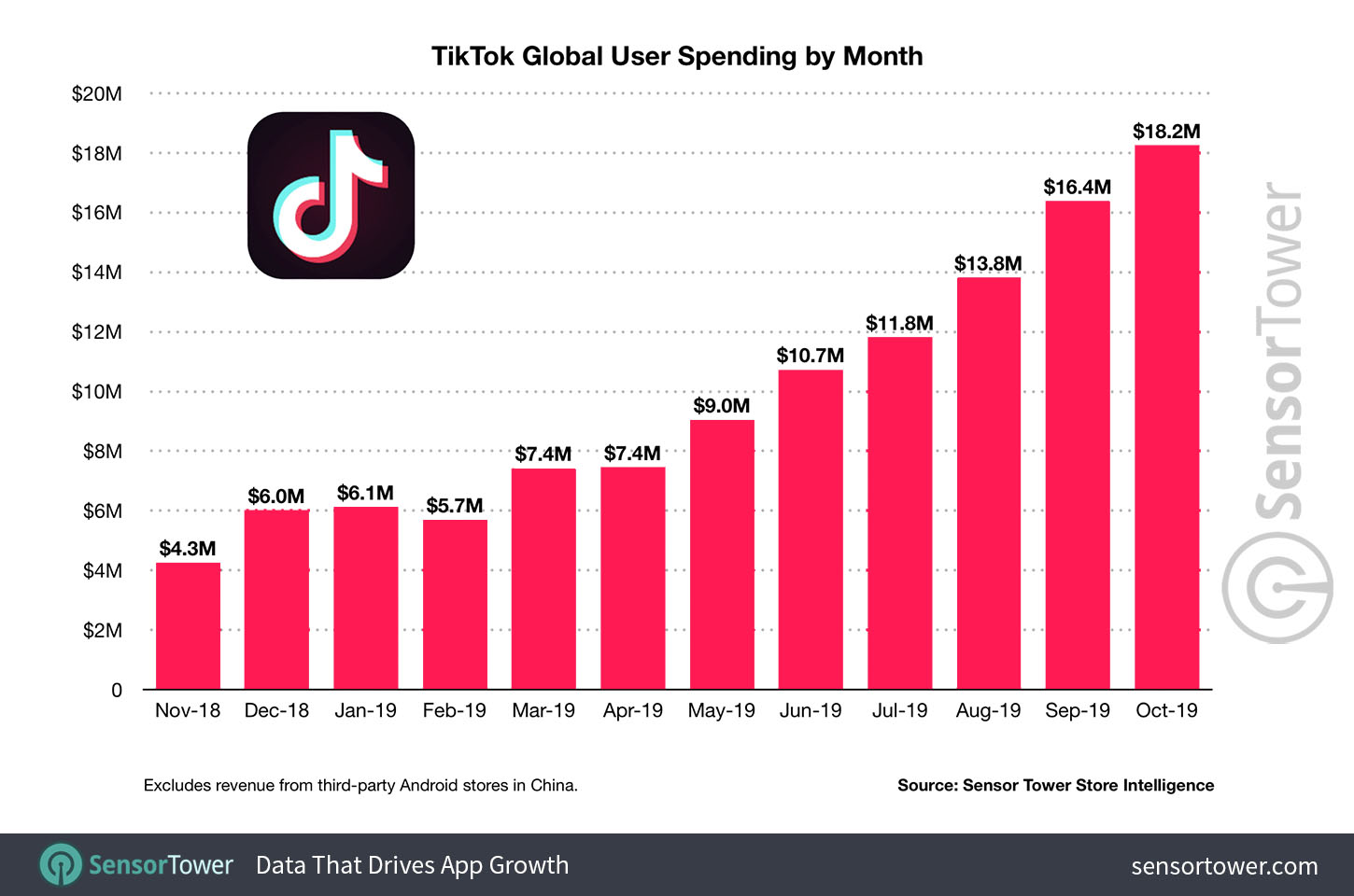 To date in 2019, TikTok has generated $115.3 million from user spending, or 65.9 percent of total lifetime gross revenue. User spending in the app has increased every month in 2019 since February, peaking at $18.2 million in October.