Spending on the app's currency, known as Coins, was most pronounced in China, which accounted for approximately 70 percent of purchases or close to $8.2 million. This figure reflects spending there on Apple's App Store only. China is driving TikTok's revenue growth from in-app purchases, with spending there up 777 percent year-over-year last month.

TikTok users in the United States, in comparison, contributed about 20 percent of the app's IAP revenue in July, or approximately $2.3 million. U.S. revenue growth has been substantial, yet modest, compared to China. It increased 42 percent Y/Y to $1.7 million. 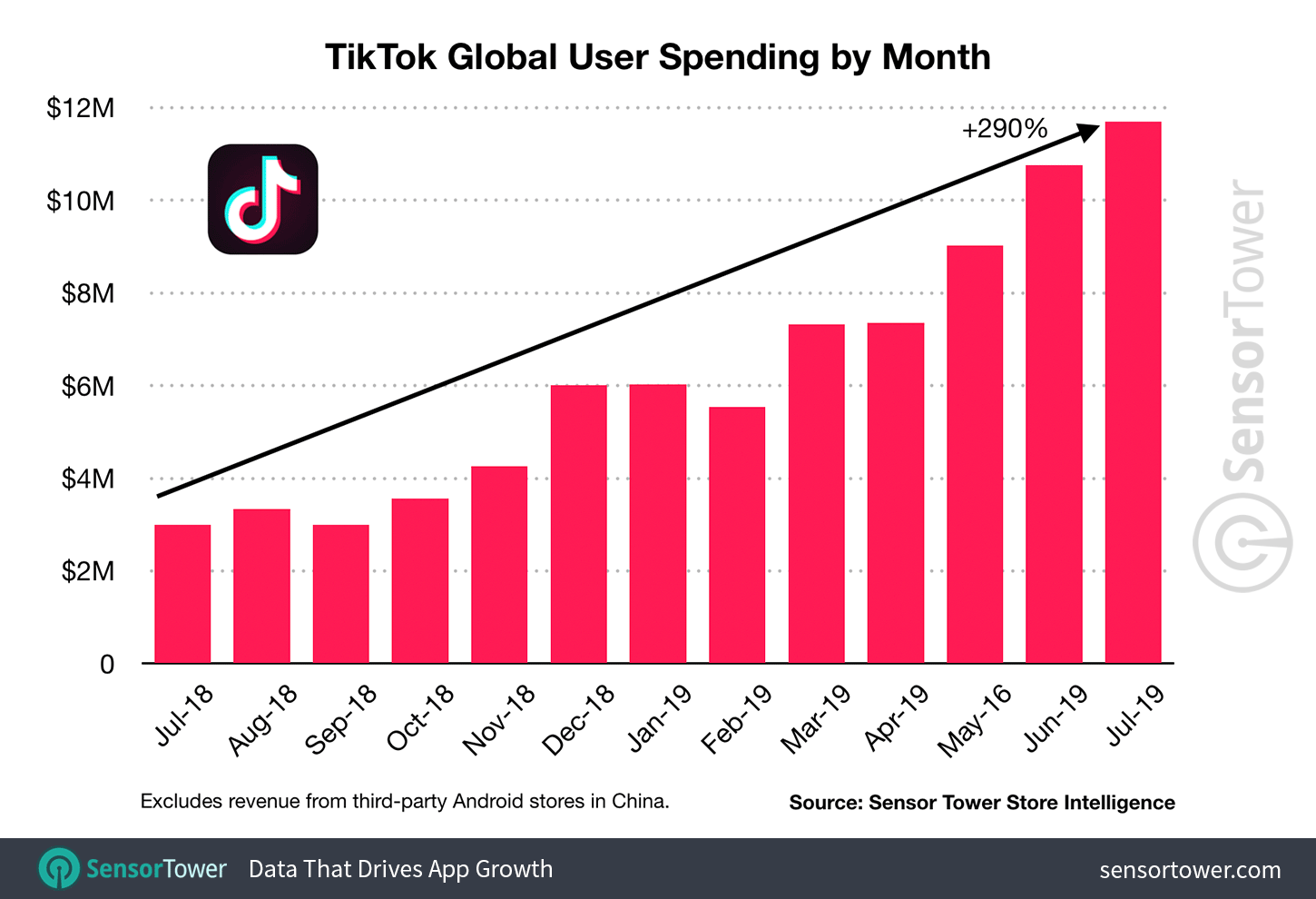 First-time installs of TikTok neared 54 million globally in July, not including third-party Android stores in China and elsewhere. This was a decrease of about 54 percent Y/Y. China added approximately 5.4 million new users for the app last month, which was 17 percent less than the 6.5 million there who installed the app for the first time in July 2018. New U.S. users, in contrast, grew 11 percent Y/Y to three million, up from 2.7 million last July.