Just days after launching its premium Tinder Gold subscription tier to all users, Sensor Tower App Intelligence data shows that Tinder has reached No. 1 on the U.S. App Store's iPhone Top Grossing ranking for the first time. This milestone comes as the app has just surpassed $100 million net ($143 million gross) iOS revenue domestically, with more than $12 million of that user spending made this month alone.

The hourly revenue ranking chart below shows Tinder's ascent up the Top Grossing chart in the U.S. Note that the dramatic ranking decrease in late February of this year was due to a bug in Apple's App Store charts. 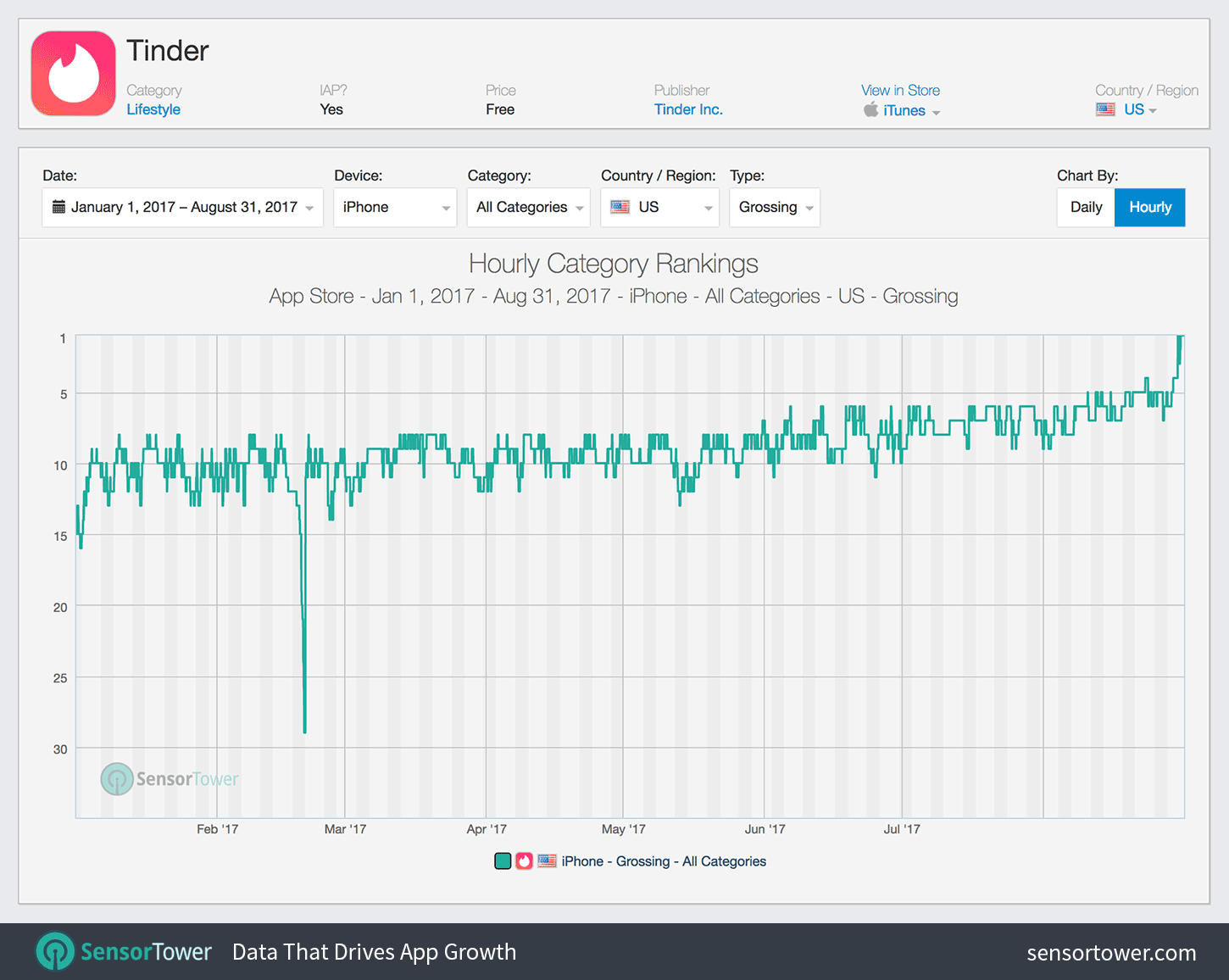 Since it began offering in-app purchases at the beginning of 2015, Tinder has grossed more than $450 million across the App Store and Google Play worldwide. Its worldwide 2Q17 revenue grew approximately 152% year-over-year.