The Machines from Directive Games led worldwide player spending in AR games on Apple's App Store for the month of October, while Turbo Chilli-published Ghosts 'n Guns was the most downloaded title in this category. Continue reading to see the top 10 most downloaded and highest grossing AR games on iOS last month, based on Sensor Tower Store Intelligence data. 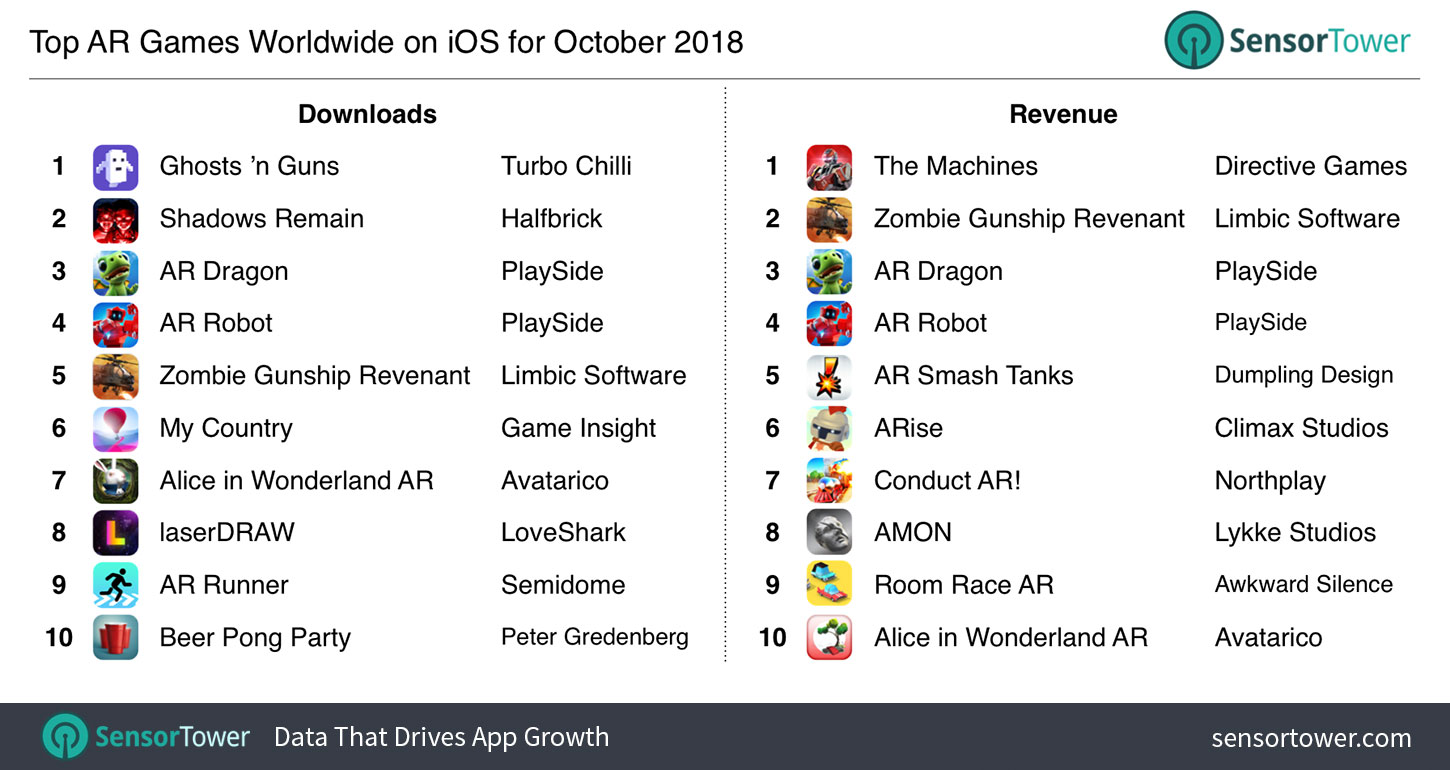 Note that the games includes in this ranking are AR-exclusive, rather than simply offering some AR features or components, and utilize Apple's ARKit framework. Rankings of ARKit games and apps by country and category are available on our Store Intelligence platform, along with historical revenue and download estimates for these titles.