The top App Store category worldwide by downloads in Q4 2018 was Games with 2.09 billion installs for the quarter. Despite passing the two billion mark, the category saw downloads decrease 1.3 percent year-over-year from 2.11 billion in 4Q17. In this report, you will find rankings of last quarter’s top app categories by downloads on the App Store and Google Play, based on estimates from Sensor Tower’s Store Intelligence platform. 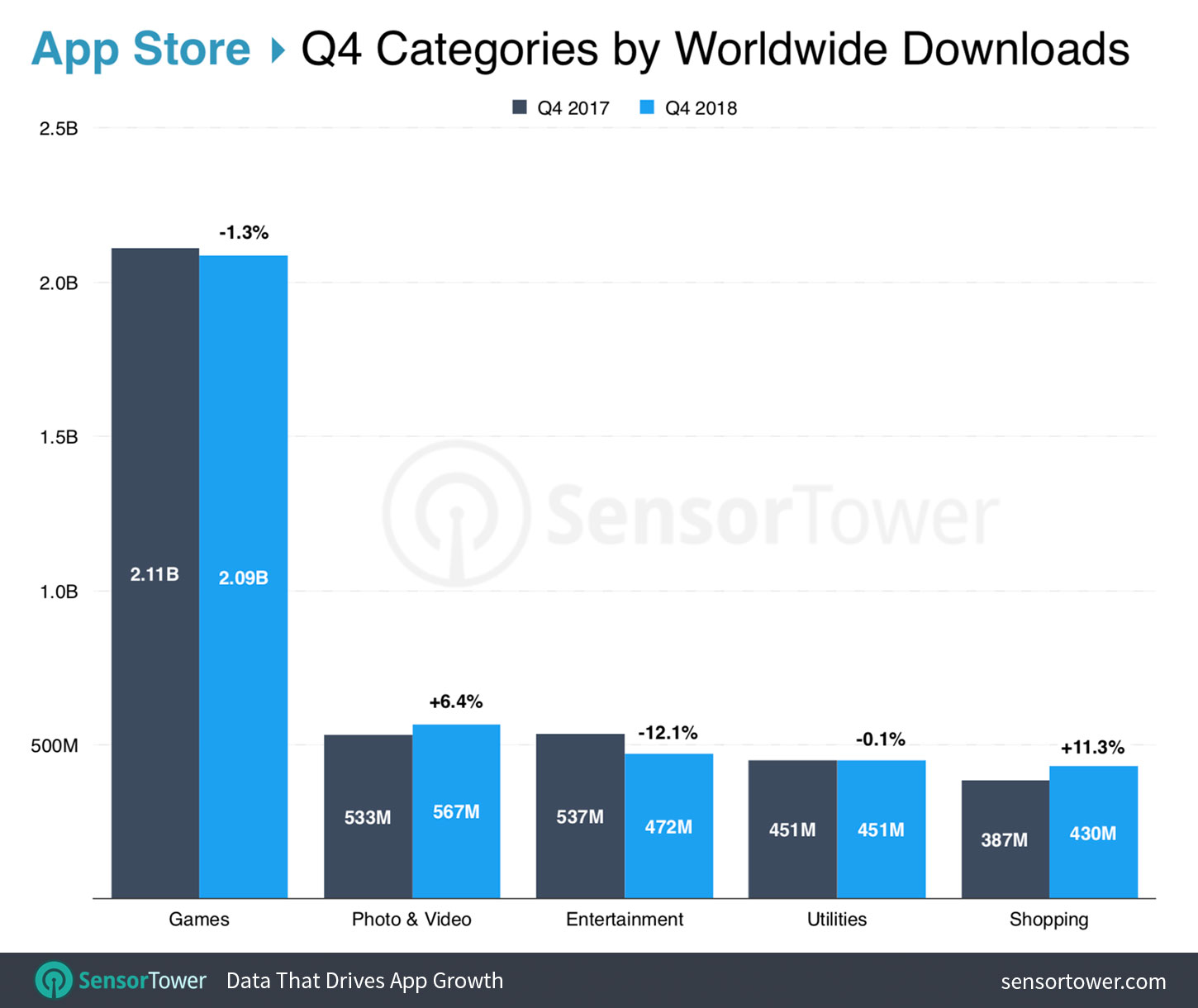 Photo & Video was the second largest App Store category worldwide during Q4 2018 in terms of downloads with 567 million installs, followed by Entertainment, Utilities, and Shopping. Shopping replaced social networking, which had ranked at No. 5 in Q3 2018. The Shopping category reached an all-time high for new installs during the quarter, growing 11.3 percent over 4Q17. 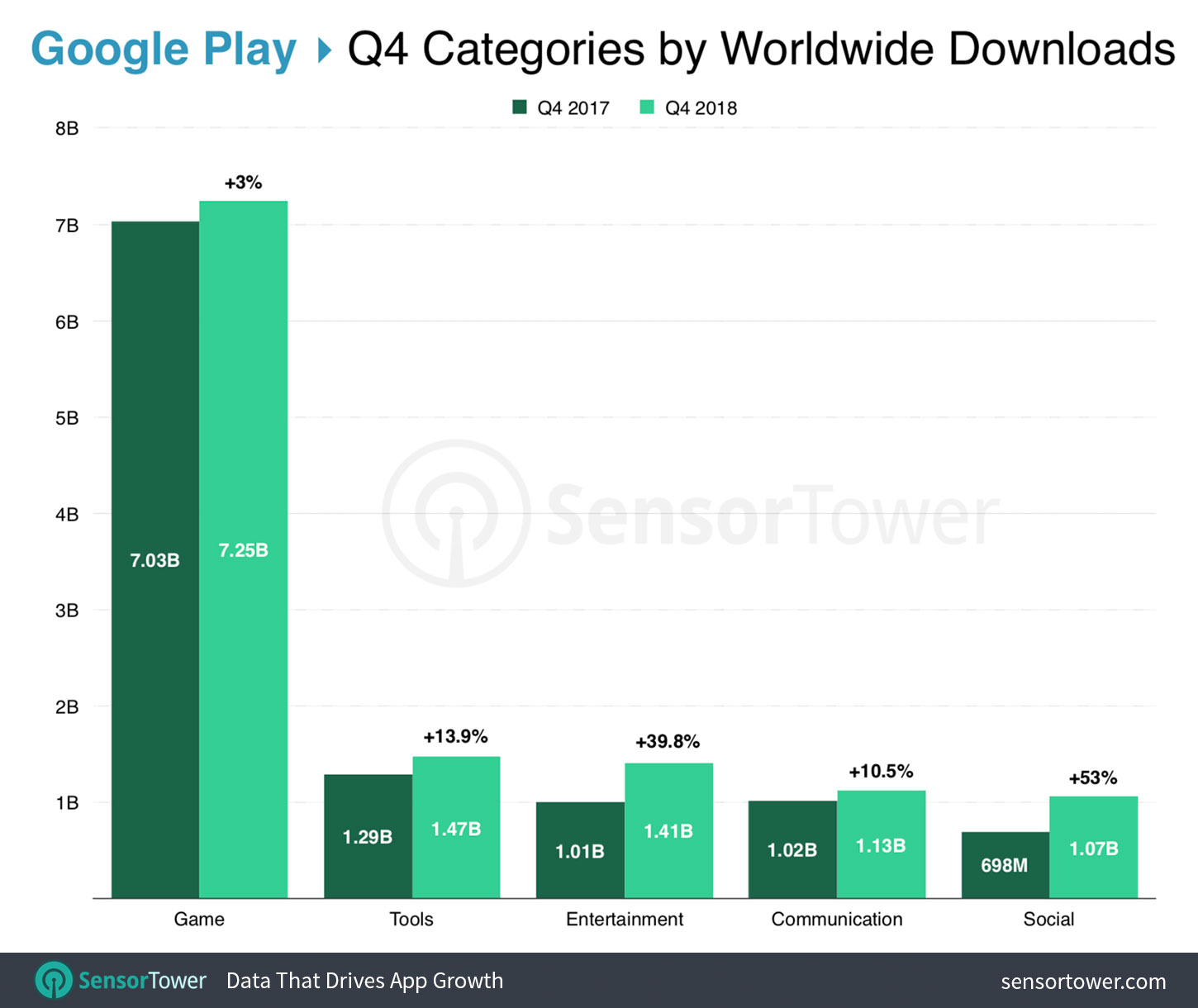 Games was also the top category worldwide on Google Play in Q4 2018 with more than 7.25 billion installs, followed by Tools, Entertainment, Communication, and Social.

Games saw modest growth on Google Play in Q4, with installs increasing 3 percent year-over-year. The Social category grew 53 percent year-over-year, surpassing Photography to take the No. 5 spot. This change was driven by enormous growth of social media apps in India, specifically TikTok, along with two other ByteDance-owned apps, Helo and Vigo Video.

Store Intelligence users can see app revenue and app download estimates for the above publishers in addition to historical performance metrics on the Sensor Tower platform. Our estimates include worldwide downloads for the App Store and Google Play between Oct. 1, 2017 and Dec. 31, 2018. Apple apps and Google pre-installed apps are excluded. We report unique installs only. Android estimates do not include third-party stores. Figures represent aggregate installs of all app versions, ex: Facebook and Facebook Lite.