The top countries for iOS shopping apps by growth from 4Q17 to 4Q18 were China, the United States, Vietnam, Saudi Arabia, and Turkey. The details and percentage change for each country are shown on the chart below. App download estimates are from Sensor Tower’s Store Intelligence platform. 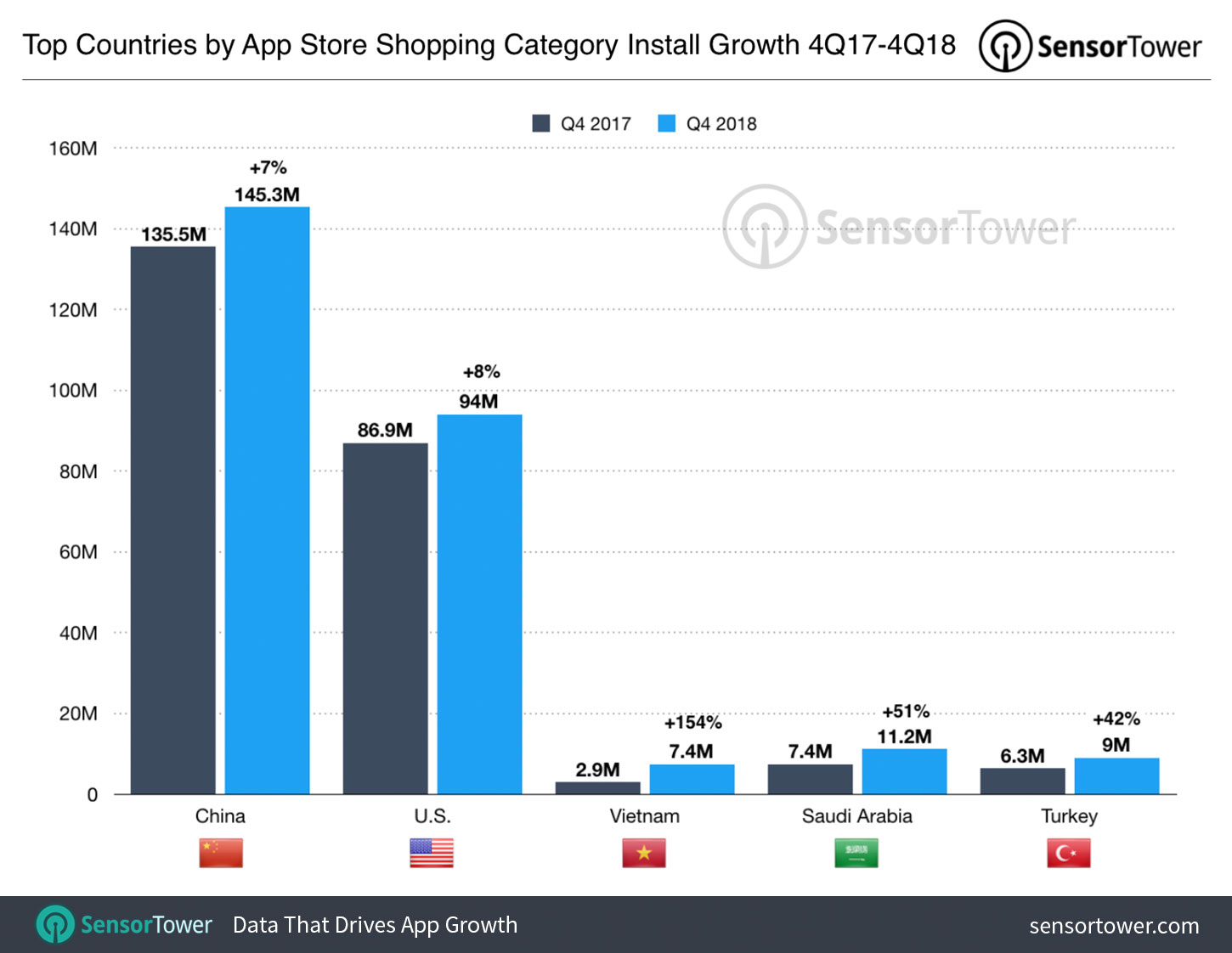 China had the largest number of shopping app downloads in 4Q18 at 145.3 million. Vietnam emerged as a top market for shopping apps, ranking among the top 15 countries that quarter. Installs there increased by 4.5 million, a growth rate of 154 percent year-over-year. Shopping app installs in Saudi Arabia increased by 51 percent between 4Q17 and 4Q18. This propelled it to the No. 6 country in 4Q18 after ranking No. 10 in 4Q17. 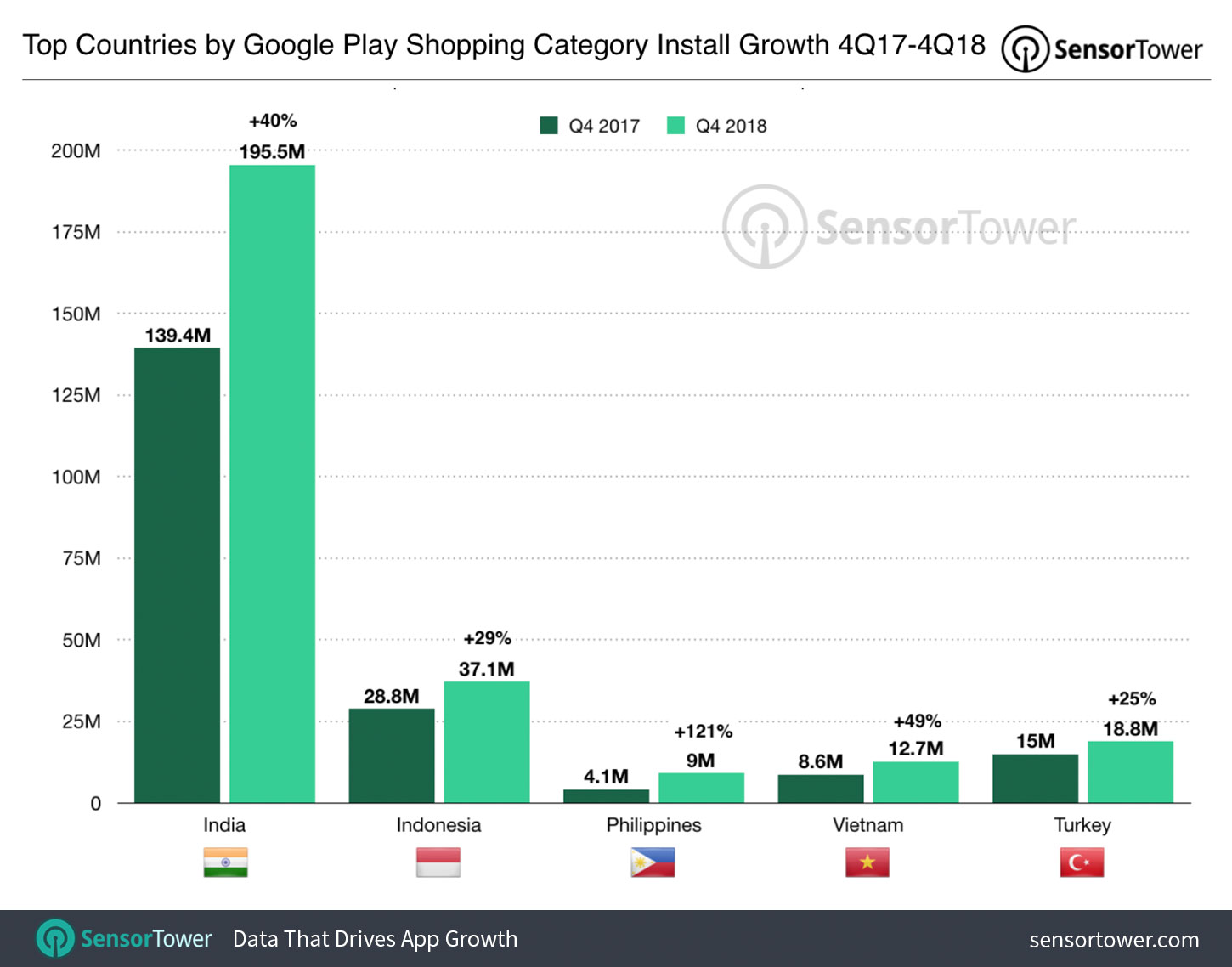 For Google Play, the top countries for shopping apps by Y/Y growth were India, Indonesia, Philippines, Vietnam, and Turkey. In India, Google Play shopping app installs grew by about 56 million, increasing 40 percent Y/Y. This dwarfed the growth in other countries. Indonesia had the second-largest Y/Y increase in installs at 8.3 million, or 29 percent more than in 4Q17. As on the App Store, Vietnam was also one of the top countries by growth on Google Play. Downloads increased by 4.1 million Y/Y to 12.7 million, making it the 10th largest market for shopping app installs during the quarter.

Store Intelligence users can see app download estimates for the above apps in addition to historical performance metrics on the Sensor Tower platform. Our estimates include downloads for the App Store and Google Play in the U.S. between Sept. 1, 2017 and Dec. 31, 2018. Apple apps and Google pre-installed apps are excluded. We report unique installs only. Android estimates do not include third-party stores. Figures represent aggregate installs of all app versions, ex: Facebook and Facebook Lite.