Discover the world's most downloaded and highest grossing mobile games on the App Store and Google Play for November 2018, based on Sensor Tower Store Intelligence estimates.

November's Highlight: Battle royale shooter Knives Out from NetEase reached the worldwide overall revenue top 10 for the first time last month in the No. 9 position. In doing so, it out-earned both Fortnite and PUBG Mobile to become the world's highest-grossing mobile title in the genre with more than $52 million spent by players—primarily in Japan, which accounted for 93 percent of its revenue. It has grossed $445 million to date globally. 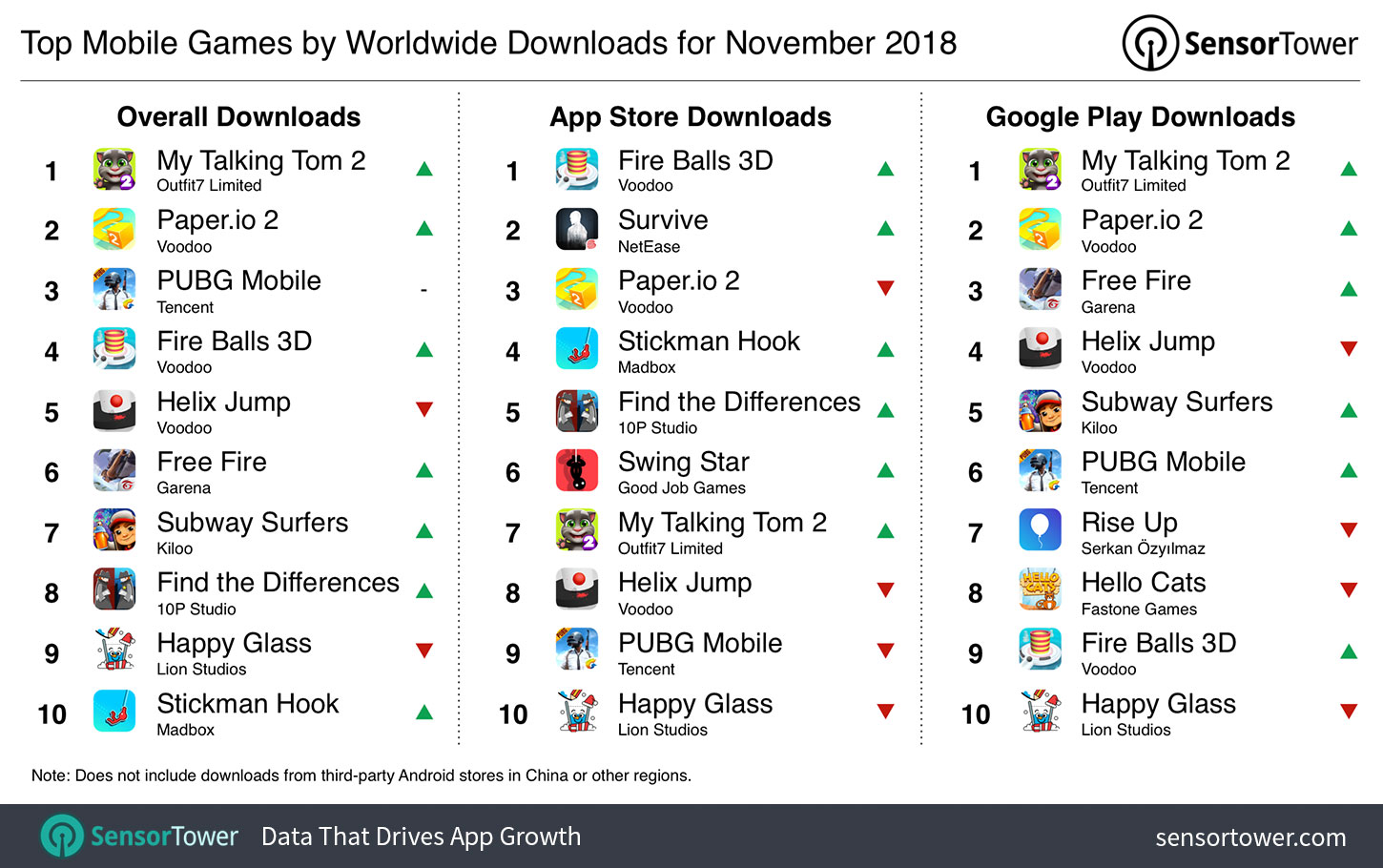 Interested in non-game apps? See our rankings of the world's top apps for November 2018.