The top mobile app publisher in the United States by downloads for Q4 2018 was Google, which surpassed 100 million U.S. installs during the quarter with nearly 105 million. This was only the third time the publisher reached that threshold and marked its highest quarterly downloads to date. The full ranking of the top 10 most downloaded publishers in 4Q18 is below. App download estimates are from Sensor Tower’s Store Intelligence platform. 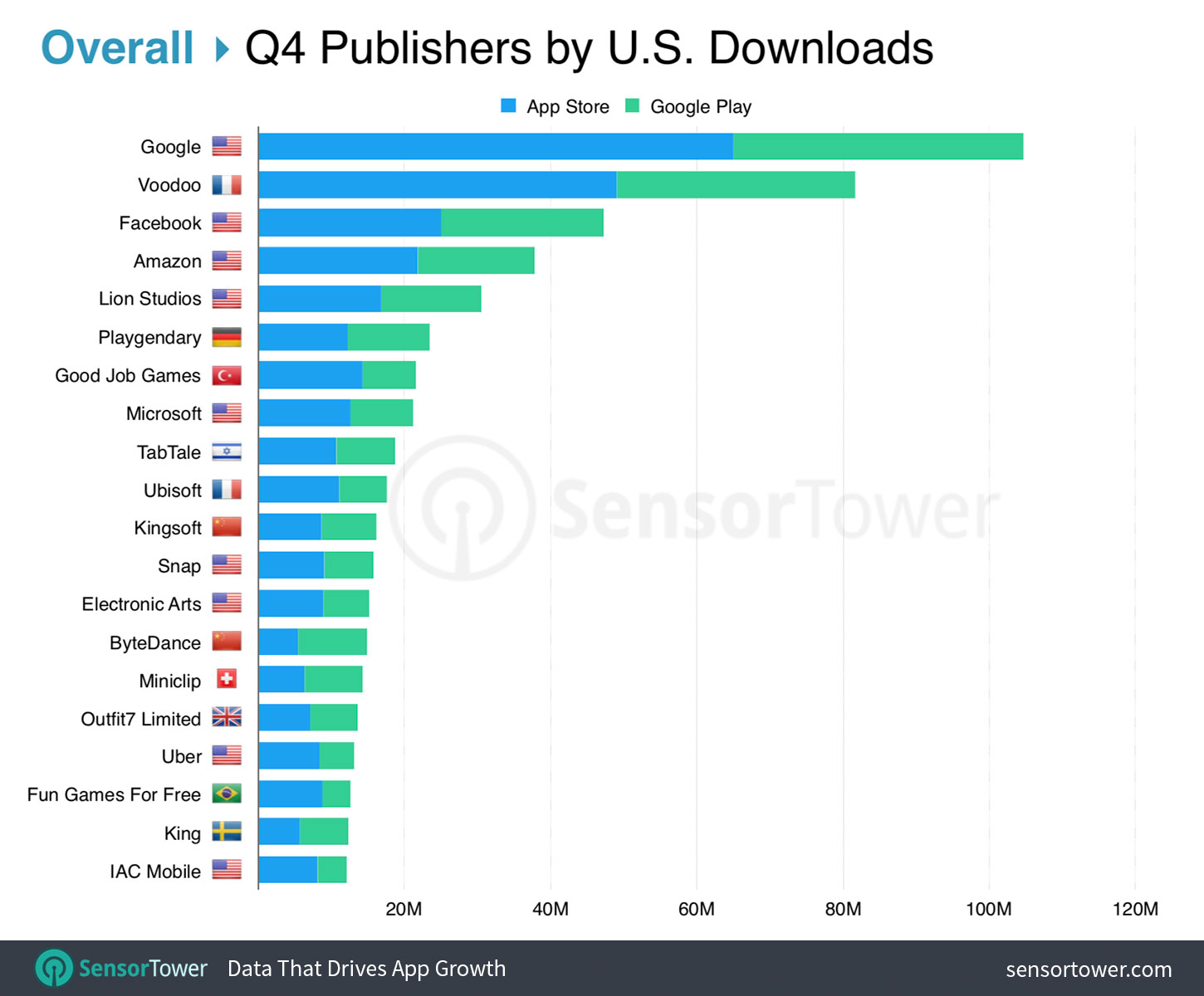 Good Job Games reached the top 20 for the first time in 4Q18, entering at No. 7. Its 21 million downloads was an increase of nearly 300 percent quarter-over-quarter from 3Q18. 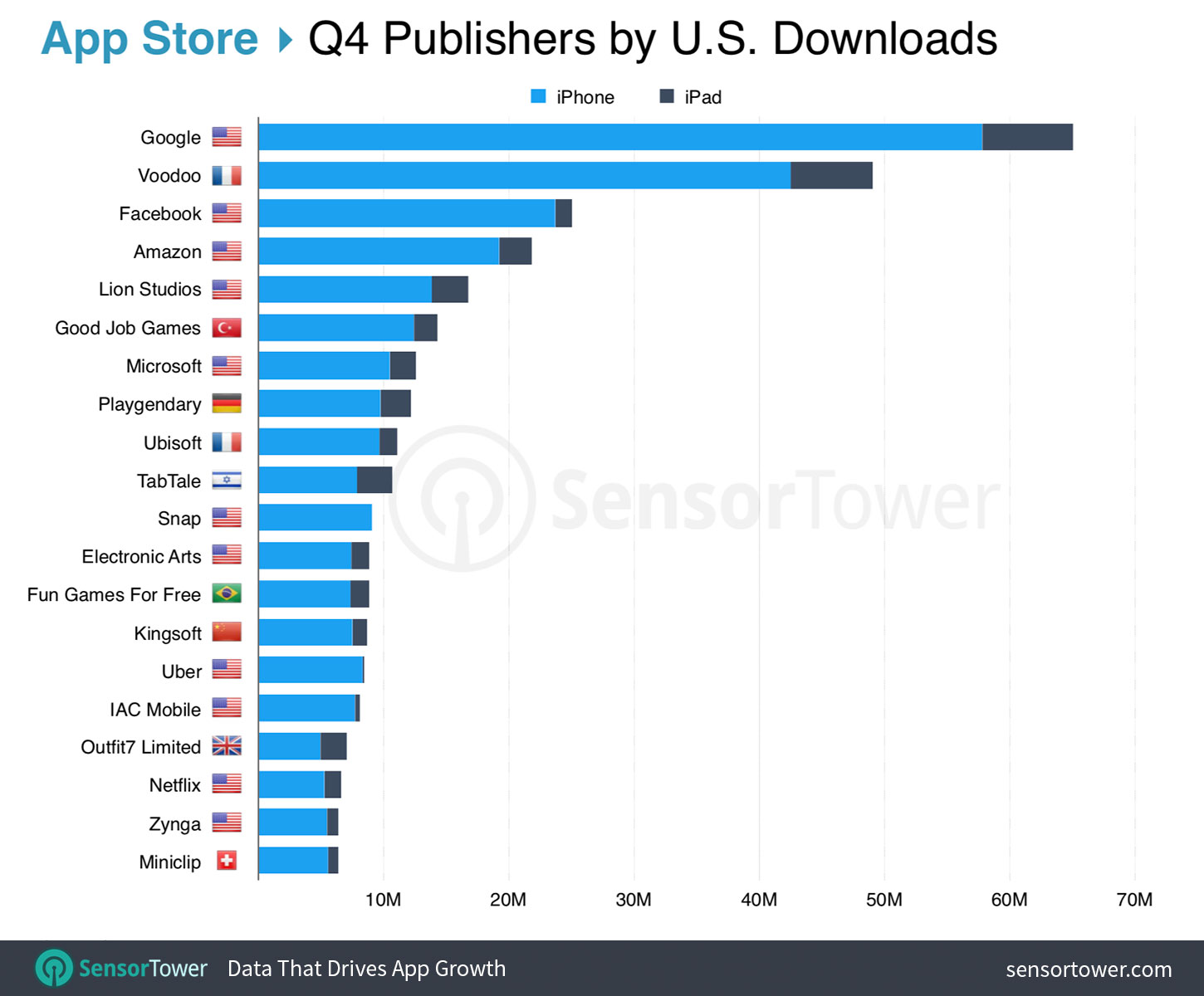 Google was the top performing App Store publisher by downloads in the U.S. for Q4 2018 with more than 37 million installs, followed by Voodoo, Facebook, Amazon, and Lion Studios.

There was not much movement among the top publishers in Q4 2018, with the same top five as 3Q18. Five of the top seven publishers were based in the United States. Snap, publisher of Snapchat and Bitmoji, had nine million installs in Q4 2018. It moved up four spots versus 3Q18, although this was still its lowest fourth quarter in terms of new installs since 2015. 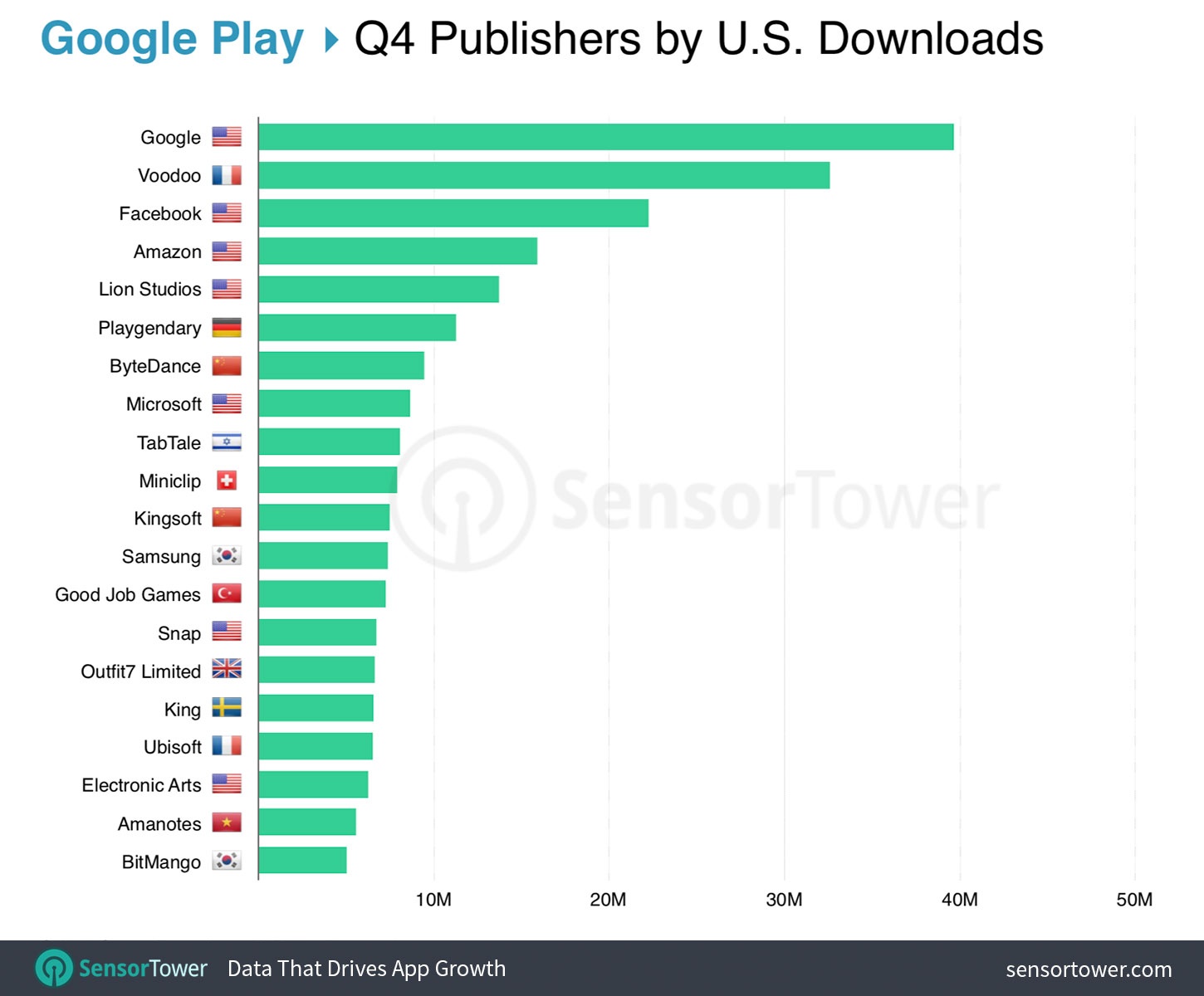 Google was the top performing Google Play publisher by downloads in the U.S. for Q4 2018 with more than 60 million installs, followed by Voodoo, Facebook, Amazon, and Lion Studios.

Store Intelligence users can see app revenue and app download estimates for the above publishers in addition to historical performance metrics on the Sensor Tower platform. Our estimates include U.S. downloads for the App Store and Google Play between Oct. 1 and Dec. 31, 2018. Apple apps and Google pre-installed apps are excluded. We report unique installs only. Android estimates do not include third-party stores. Figures represent aggregate installs of all app versions, ex: Facebook and Facebook Lite.