Cricbuzz was the top sports app in 2018 by worldwide downloads, with close to 29 million installs. First-time installs of the app grew 17 percent year-over-year from 2017, of which 63 percent were from India. The full ranking of the top 10 most downloaded sports apps worldwide is above. App download estimates are from Sensor Tower’s Store Intelligence platform.

FIFA was the second most downloaded sports app worldwide last year with more than 17 million installs, an increase of about 16x over 2017 due to the 2018 World Cup. The next most downloaded app was Onefootball, followed by ESPN and LiveScore. 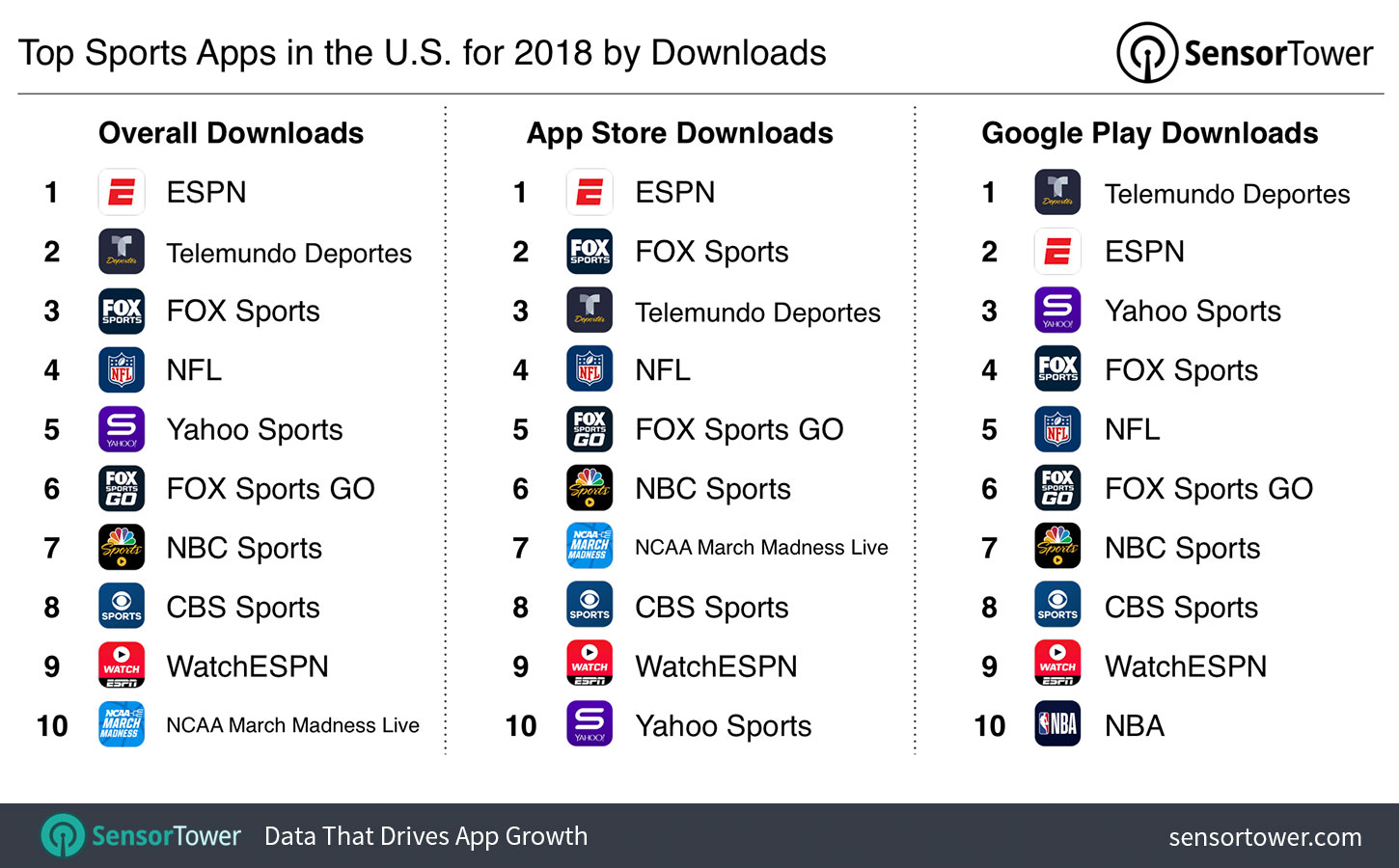 In the United States, ESPN was the most installed sports app with more than eight million downloads. Telemundo Deportes was the second most downloaded sports app last year with more than six million installs, a 929 percent increase in from 2017. As with the FIFA app, this growth was tied to the World Cup, as the majority of the installs occurred between May and July. The next most downloaded app was FOX Sports, followed by NFL and Yahoo Sports.

Store Intelligence users can see app revenue and app download estimates for the above apps in addition to historical performance metrics on the Sensor Tower platform.