In this report, we present SVOD app revenue trends in the United States and Europe from Q1 2016 to Q1 2019 for the App Store and Google Play, based on Sensor Tower Store Intelligence data. This is the third in a series of excerpts from our State of Entertainment Apps report, available exclusively to our enterprise customers. 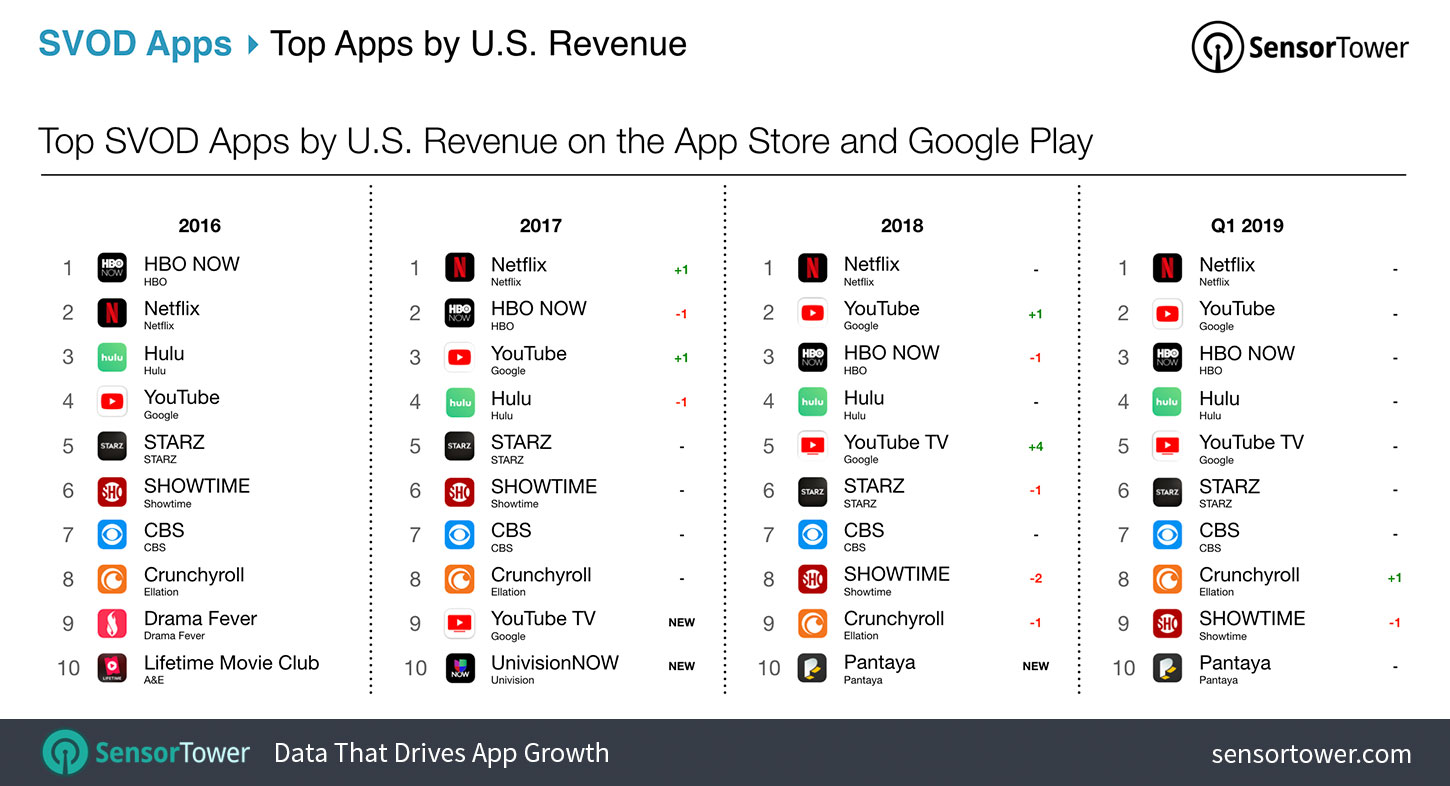 Netflix earned nearly $100 million on mobile in Q4 2018. With Netflix removing the ability to subscribe through its iOS app, its in-app revenue will decrease over time. Future in-app revenue will only reflect renewed subscriptions. HBO NOW revenue received a large boost to accompany Season 7 of Game of Thrones. Meanwhile, STARZ had a seasonal trend, with revenue peaking in Q3 2018 with the release of new seasons of Power in June to July. 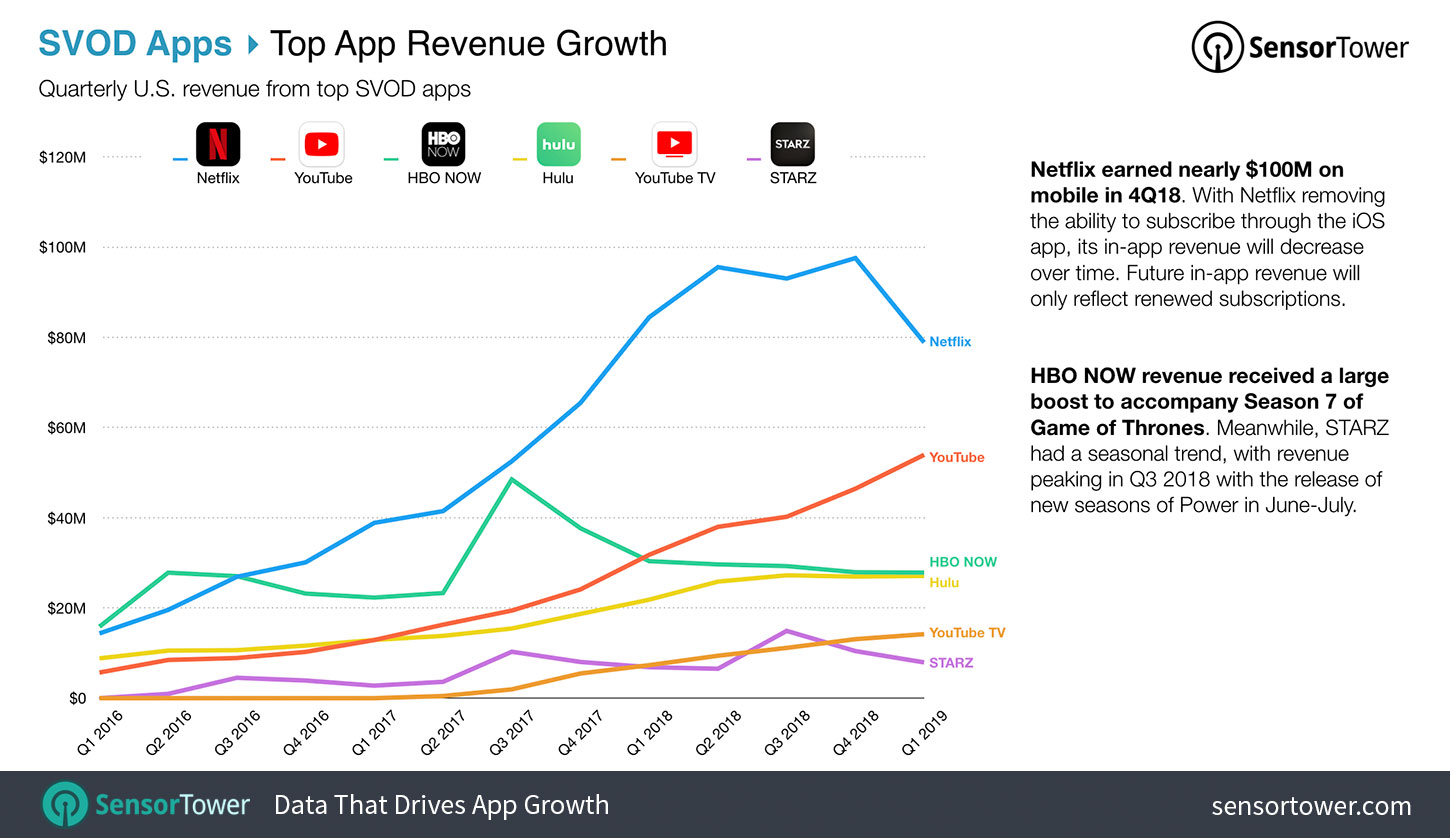 The top SVOD app in Europe by revenue for Q1 2019 was Netflix, with more than $34.5 million in revenue. Netflix has topped the ranking each year since Q1 2016. YouTube, Viaplay, ivi, and myCANAL made up the remainder of the top five SVOD apps by revenue in the region. 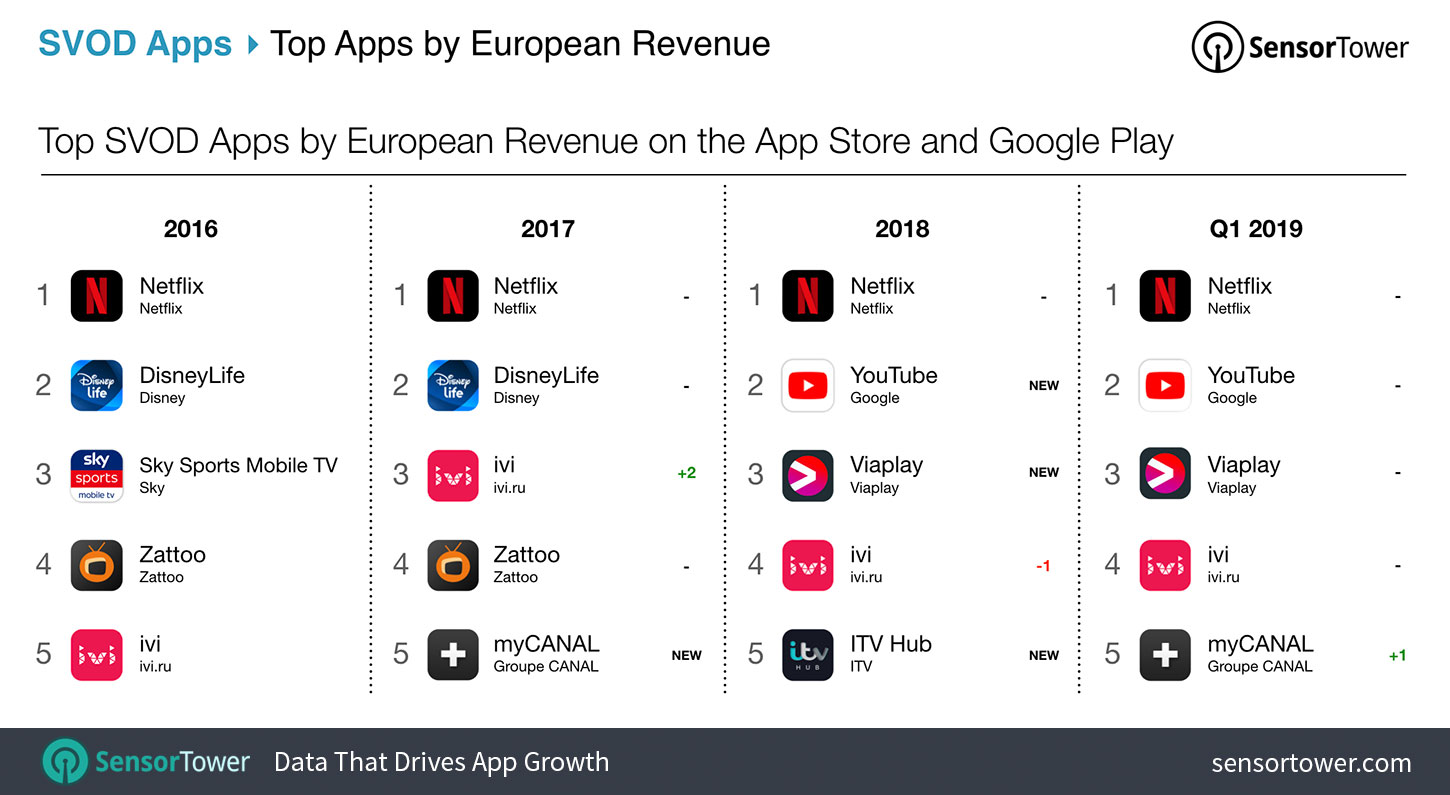 While Netflix had 37 percent of downloads in Europe among top SVOD apps in Q1 2019, it generated 75 percent of revenue. Even though its revenue declined in recent quarters, it remained well ahead of its competitors. Viaplay, ivi, myCANAL, and ITV Hub have shown strong revenue growth since 2017. Viaplay surpassed $2 million in Q1 2019. 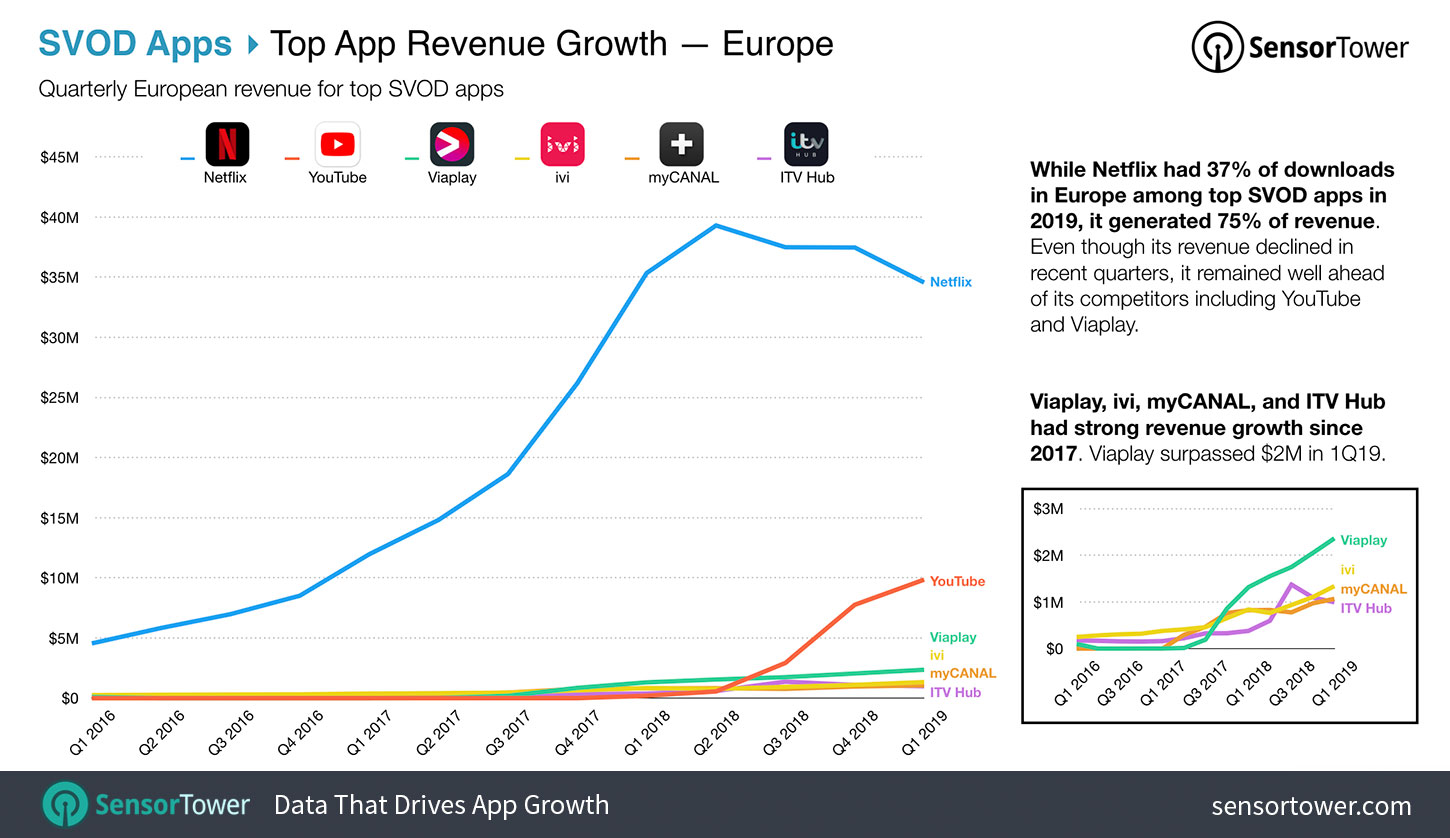 Store Intelligence users can see revenue and download estimates for the above apps and countries in addition to historical performance metrics on the Sensor Tower platform. Our estimates include worldwide downloads and revenue for the App Store and Google Play between Jan. 1, 2016 and Mar. 31, 2019. Apple apps and Google pre-installed apps are excluded. We report unique installs only. Android estimates do not include third-party stores. Figures represent aggregate installs of all app versions, ex: Facebook and Facebook Lite.