With summer fast approaching in the Northern Hemisphere, more consumers than ever are making travel plans in the United States. In fact, Sensor Tower Usage Intelligence data reveals that the top five most used U.S. airline apps have collectively seen their number of monthly active users (MAUs) grow to 9.4 million so far in May, the highest it has ever been.

The most used airline apps in the U.S.—which include American Airlines, Delta, Southwest, United, and Spirit—experienced 36 percent year-over-year growth as their combined MAUs grew to 9.4 million so far this month compared to nearly 7 million in May 2021. The apps saw even more growth when compared to the same month in 2020, climbing 114 percent from 4.4 million.

It’s fairly unsurprising that airline apps are experiencing more usage than during the height of the pandemic; however, the apps have also collectively reached a new record beyond even pre-pandemic levels, growing 24 percent compared to 7.6 million MAUs in May 2019. 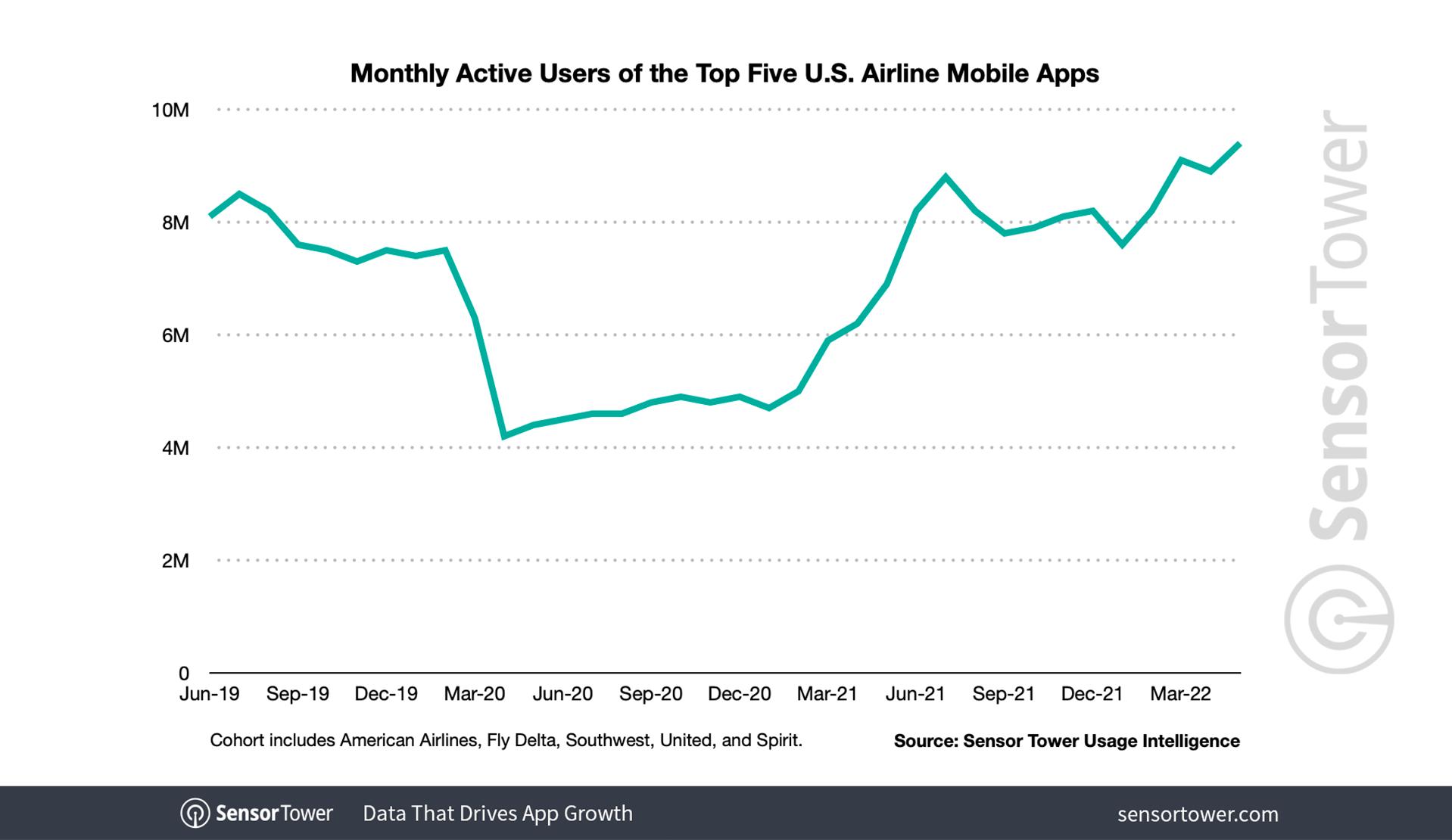 The top travel booking apps in the U.S.—Booking.com, Expedia, Hotels.com, Priceline, and Travelocity—saw their usage collectively grow 19 percent Y/Y to 15.8 million from 13.3 million in May 2021. Compared to 2020, the growth is even more pronounced as the top apps’ MAUs climbed 93 percent. However, usage is still only about 92 percent of 2019’s MAUs, which reached a little more than 17 million in May that year.

Part of this subdued recovery could stem from competition from homestay apps such as Airbnb and Vrbo, whose U.S. MAUs have collectively grown to new heights. This month, their users are up 76 percent compared to May 2019. 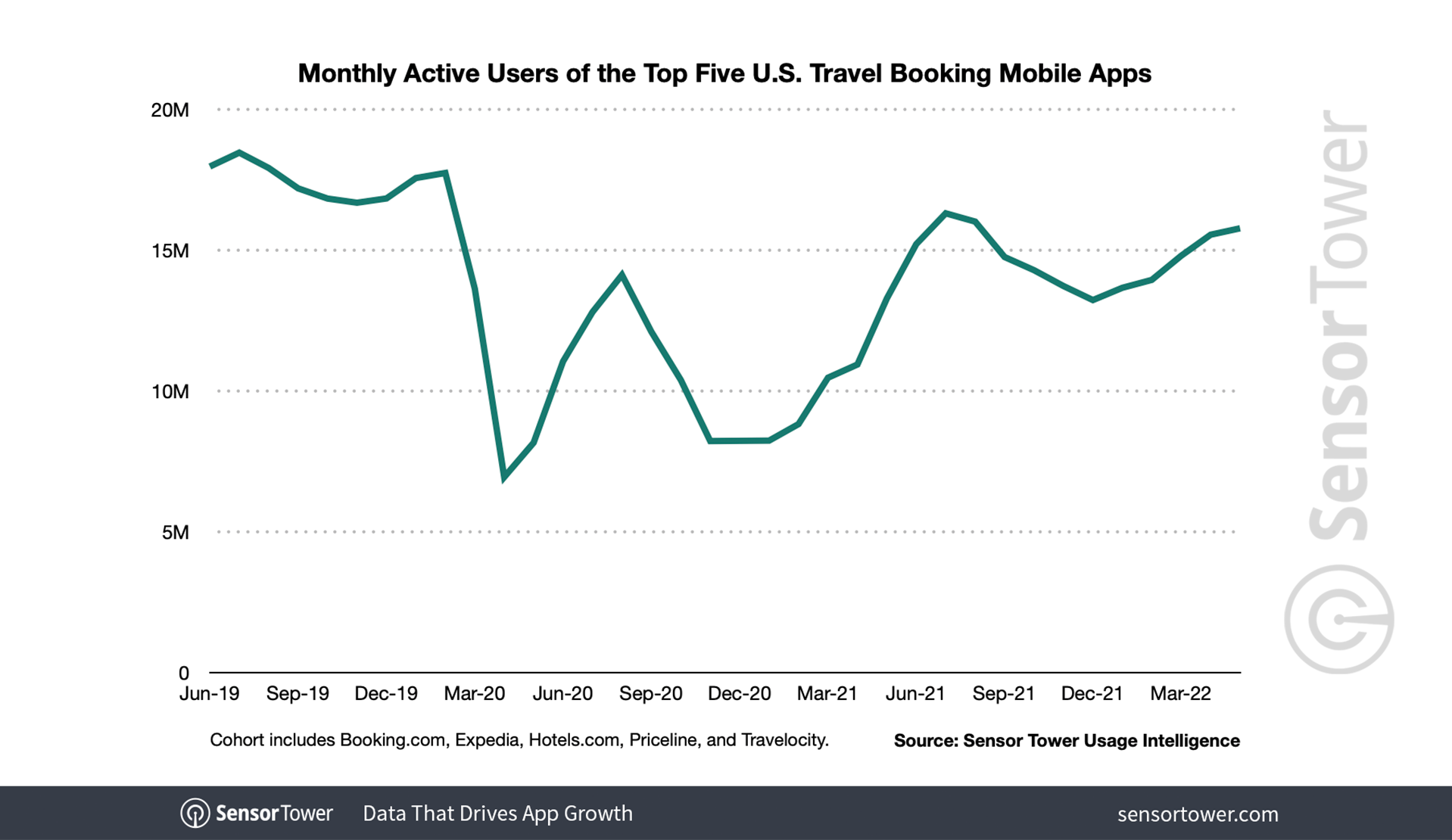 Although the travel industry faces challenges such as an economic recession and supply chain shortages, the uptick in airline app usage shows that consumers are undeterred in planning trips. The sector was one of the hardest hit by the pandemic, but now it’s back, soaring higher than ever on the mobile front.