Due to the ongoing conflict in the region, more than 2 million Ukrainians have fled to neighboring nations and are now facing a number of challenges, including language barriers. Ukrainians are in part turning to mobile devices to help where they can, and first-time downloads of the country’s top translation apps have grown 71 percent month-over-month, Sensor Tower Store Intelligence data reveals. 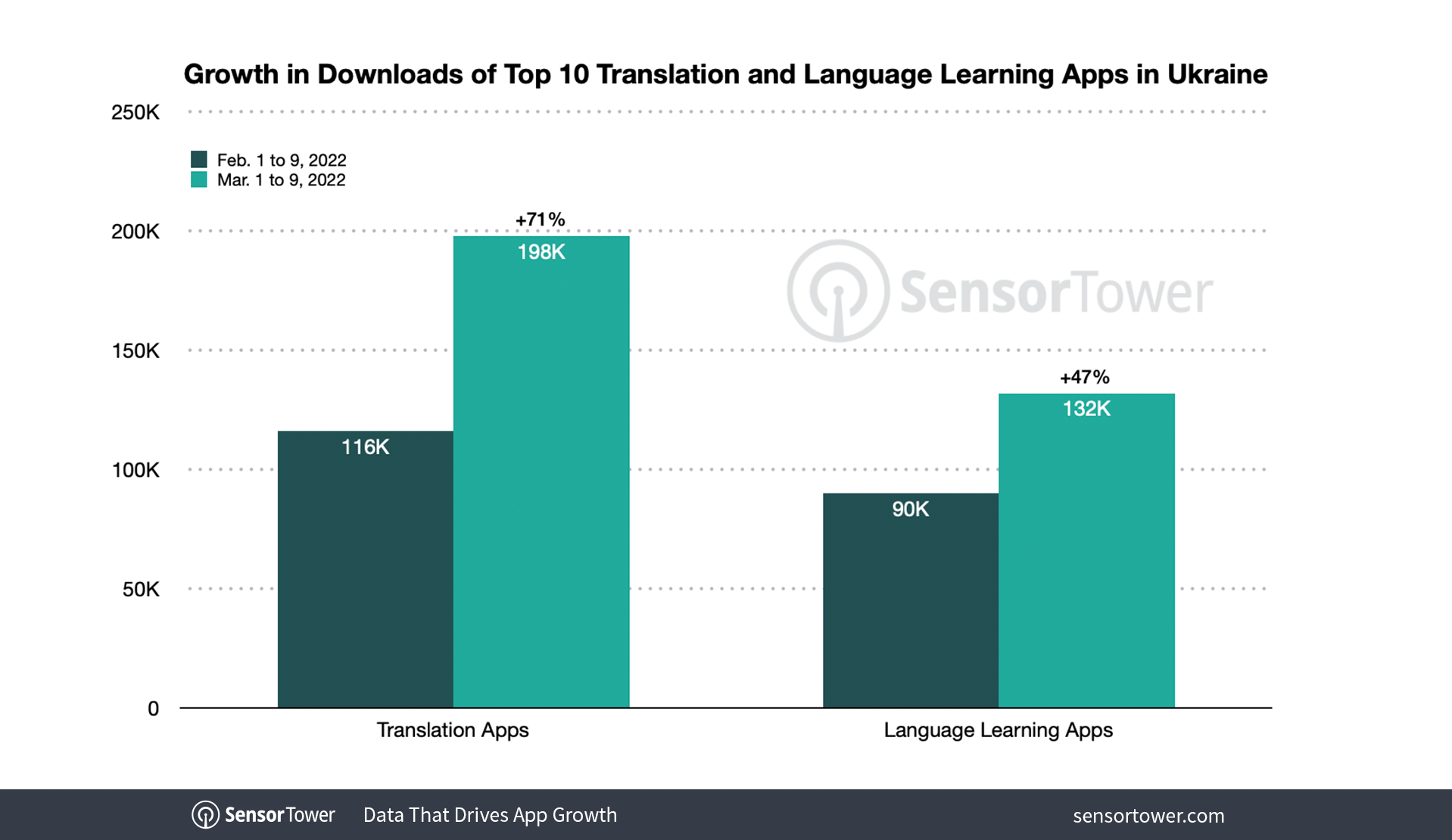 The conflict has now entered its third week, and uncertainty about the future may be contributing to the increase in language learning apps as Ukrainians prepare to relocate or acclimate to their temporary homes. The top 10 language learning apps saw approximately 132,000 installs in the first nine days of March, up 47 percent M/M from 90,000 in the same period in February.

Well-known language apps such as Duolingo were part of the cohort, along with language-specific apps. Unsurprisingly, three of the top 10 apps focused specifically on Polish; three others centered on English, and one language app was primarily for learning German.

Continuing Effects on the Mobile Ecosystem

An analysis of the mobile ecosystem doesn’t come close to painting a full picture of how the conflict in Ukraine is affecting its citizens' lives. It does, however, offer a glimpse of how they are using their mobile devices, and some of the challenges they might be encountering.

News reports have shown apps being used in creative and unexpected ways, such as using Airbnb to donate to Ukrainian homeowners. Translation and language learning apps, on the other hand, are functioning just as they were designed to: helping bridge the gap in communication and connect people from different cultures.