However, it isn’t the only player in the game. Although Tencent shuttered its live streaming platform Penguin Esports earlier this year in April, Twitch’s other competitors are growing their audiences year-over-year.

Our analysis included the top 10 most-used mobile apps with a primary focus on user-generated live streams. Although apps such as YouTube, Instagram, and TikTok have live streaming capabilities, they were omitted from the cohort because they have other primary functions.

Among the top 10 platforms, the top five saw over 90 percent market share of daily active users last quarter. Twitch was at the head of the pack at 73 percent market share, followed by Bigo Live at 9 percent. While Twitch’s lead is pronounced, it’s down by 2 percentage points year-over-year from 75 percent market share in Q1 2021. This decline shows that its competitors still have opportunities to attract users to their platforms. 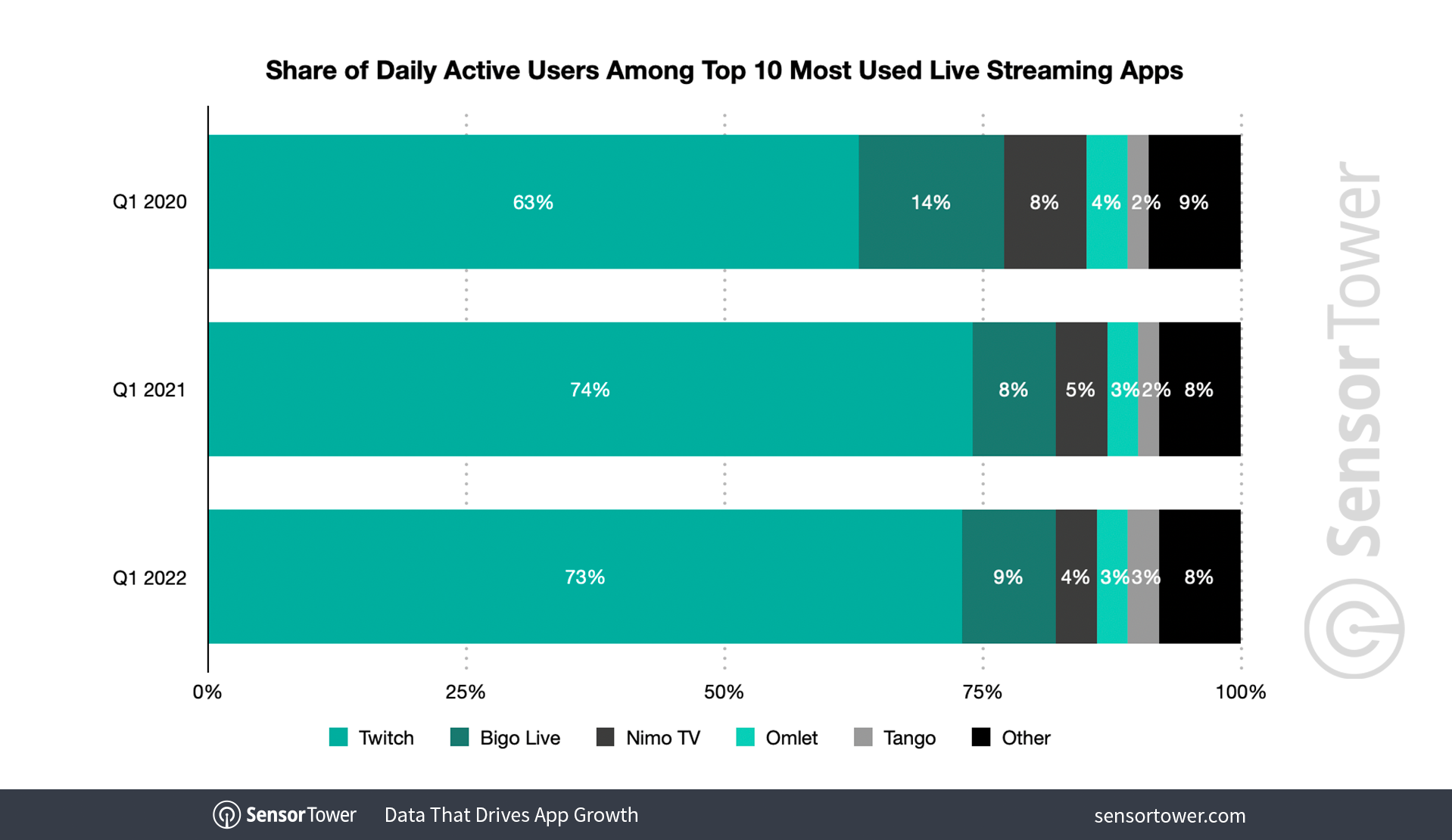 While the majority of Twitch’s audience is in the United States, competitors Uplive, Loco, Tango, and Bolo have found a foothold in India with the majority of their 1Q22 DAUs coming from that market. Twitch’s presence there is comparatively small; last quarter, approximately 0.3 percent of its average DAUs came from installs in India.

Mobile live stream platforms are thriving in other markets as well; Bigo Live’s audience is primarily from Indonesia.

The top 10 apps collectively saw more than $267 million in worldwide consumer spending in 1Q22, with Bigo Live leading with approximately $81.8 million in gross revenue. Twitch followed with $72.6 million and Tango was No. 3 with $30.4 million.

Although Kumu and Trovo were outside of the top 10 most-used apps in 1Q22, they ranked among the top-grossing. Kumu saw approximately $5.5 million in consumer spending from its users, while Trovo saw about $2.4 million. The majority of the two apps’ active users are in the Philippines and Brazil, respectively. 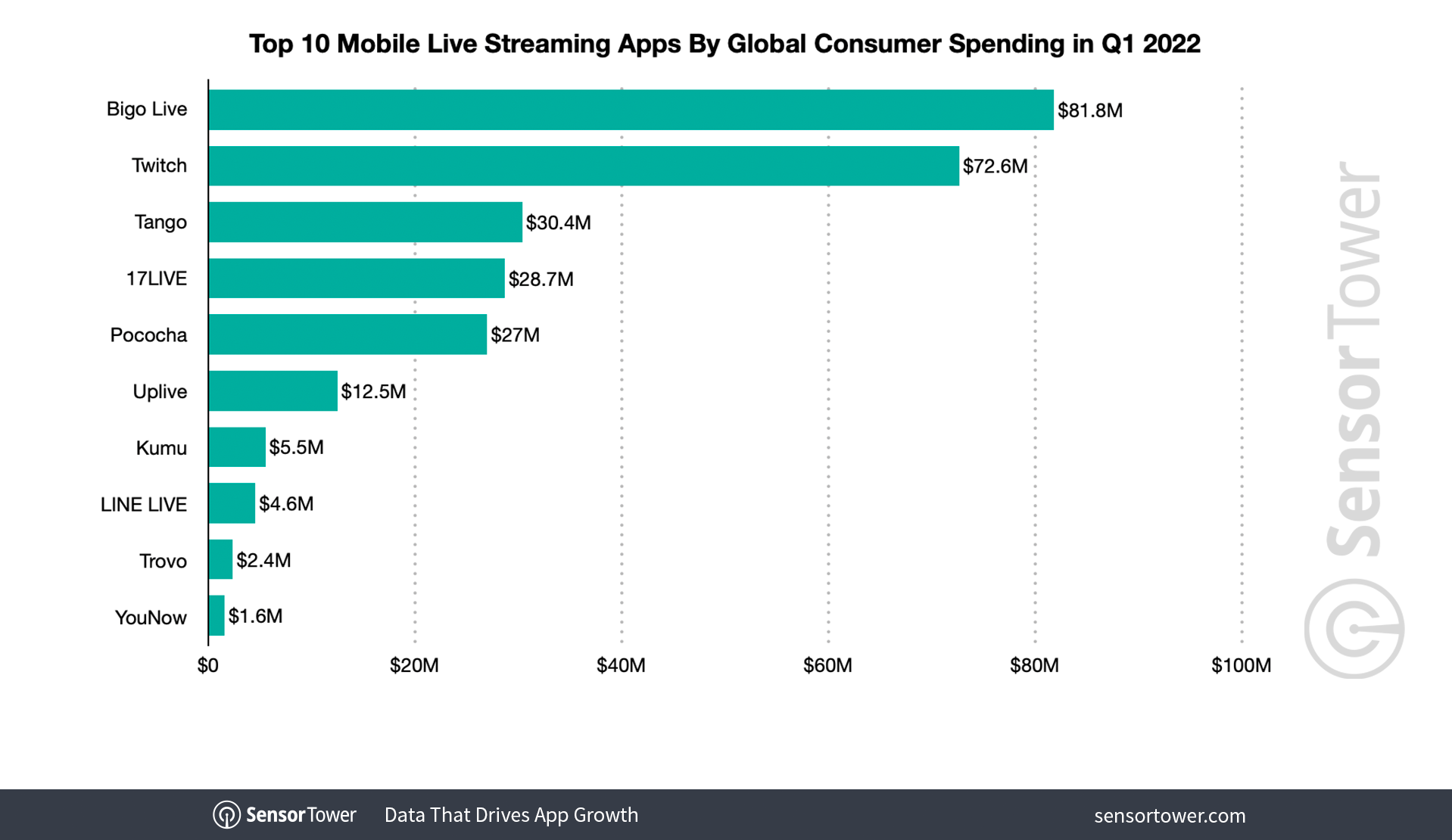 Opportunities in Other Markets

While Twitch has established a strong presence in live streaming, as attested to by its dominant market share, there are still opportunities for developers to cater to users in specific markets. However, the competition will be stiff, and tech giants such as Twitch, YouTube, and Facebook Gaming will undoubtedly be targeting those audiences as well.