The shakeup at Twitter has led to a bump in installs, spending, and usage for its mobile app, as well as a surge in interest in alternative platforms such as Mastodon and Tumblr. Worldwide spending in Twitter climbed 66 percent in the 12 days after the handover was complete, while installs grew 21 percent when compared to the same period prior, according to an analysis of Sensor Tower Store Intelligence.

Since the acquisition was finalized, Twitter’s mobile app has seen 7.6 million worldwide installs and $502,000 in consumer spending from across the App Store and Google Play in the 12 days from Oct. 27 through Nov. 7. Compared to the previous period from Oct. 15 to Oct. 26, adoption was up 21 percent from 6.3 million and spending was up 66 percent from $303,000.

In the United States, the lift was even more pronounced when comparing the same two periods. Twitter’s mobile app saw adoption climb 31 percent to 1.2 million from 916,000. Consumer spending growth in the U.S. lagged slightly behind the global trend, climbing 65 percent to $442,000 from $268,000.

Daily usage of Twitter’s mobile app also saw a slight uptick, climbing 2 percent in the 12 days after the acquisition when compared to the prior period. 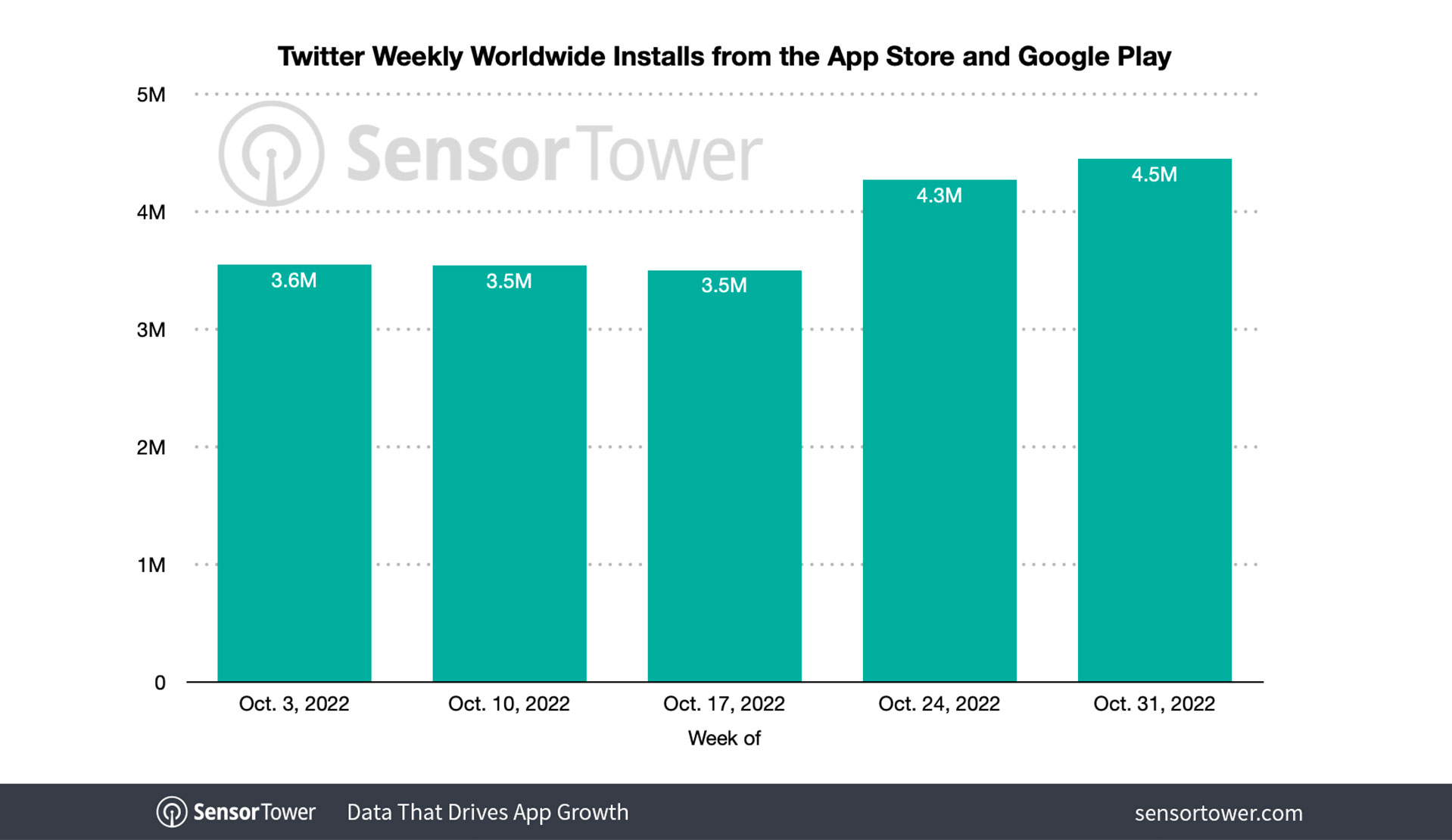 Mastodon and Tumblr Emerge as Alternatives 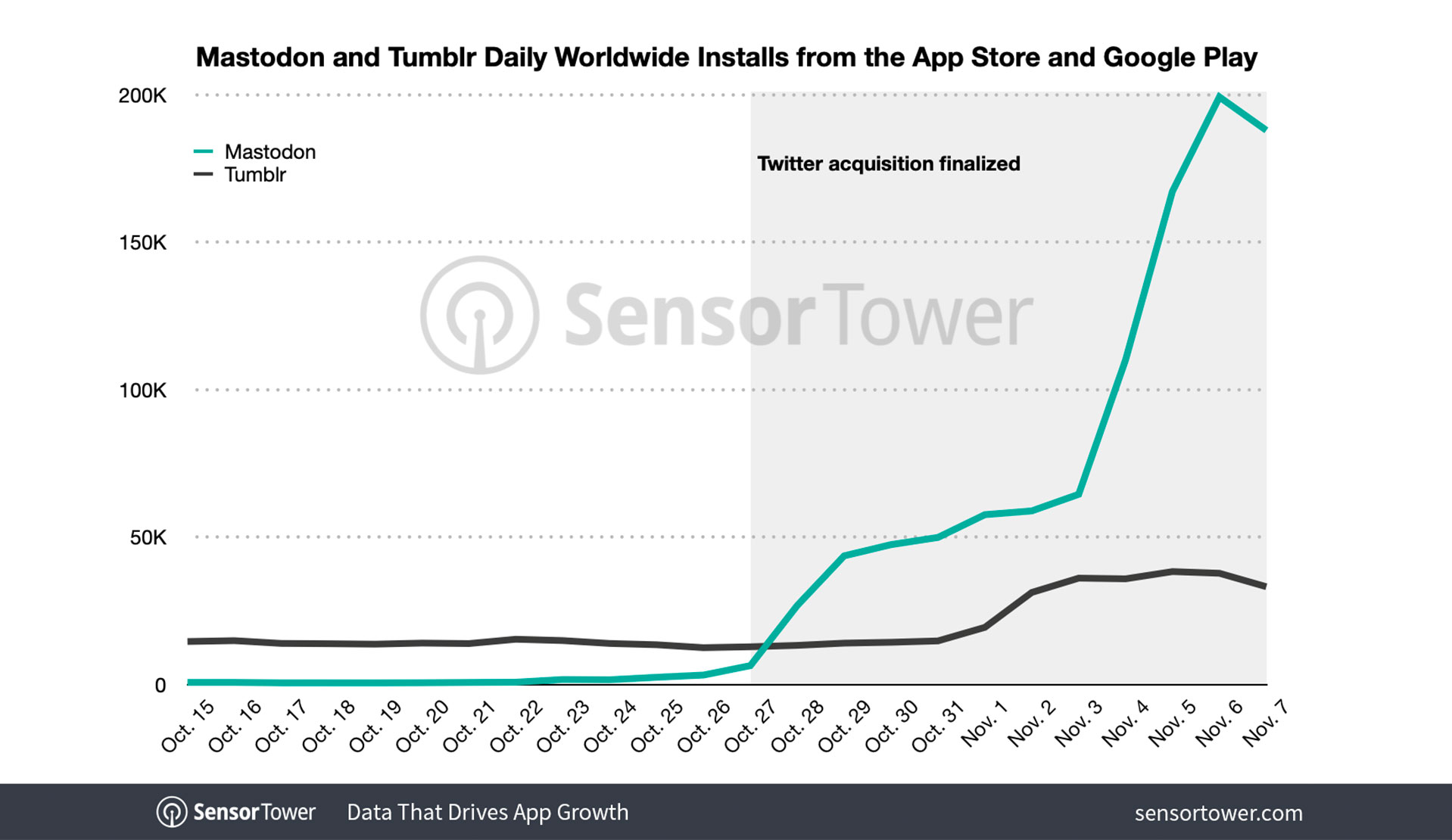 Smaller alternative platforms such as CounterSocial also saw a bump in adoption. CounterSocial was No. 11 among the top Social Networking apps by growth in the U.S. during the week of October 31, and it climbed 2,300 percent to 24,000 installs from the U.S. App Store and Google Play in the 12 days following the acquisition. Globally, the app saw approximately 33,000 installs in that period, up 3,200 percent when compared to the 12 days before.

The upheaval of the last two weeks will likely continue in the short-term as Twitter rolls out features and policies at a rapid clip under its new leadership. However, the long-term impact is still yet to be determined. Time will tell whether the trends observed so far will persist or normalize, whether that’s the uptick in adoption and spending on the Twitter mobile app, or the surge in interest in alternatives such as Mastodon. Newcomers may have an opportunity to carve out a niche for themselves, although they will certainly face a challenge from existing social platforms such as Tumblr.