As you probably know, screenshots are are an important part of of App Store Optimization because they are one of the first things that people see after finding your app in search. But let's do a little fine tuning and take a look at which orientation (portrait or landscape) is best for each device and when you might want to experiment with something different. Then we will take a look at what one app is doing with their screenshot orientations and how you can do a competitive analysis of other apps in your category.

Where Screenshots Are Displayed

In order to understand why orientation optimization matters, we have to take a look at where screenshots are displayed. There are three places:

On the iPhone, portrait (or vertical) screenshots are better because that is the way that the pictures default. Here is an example from Boom Beach. 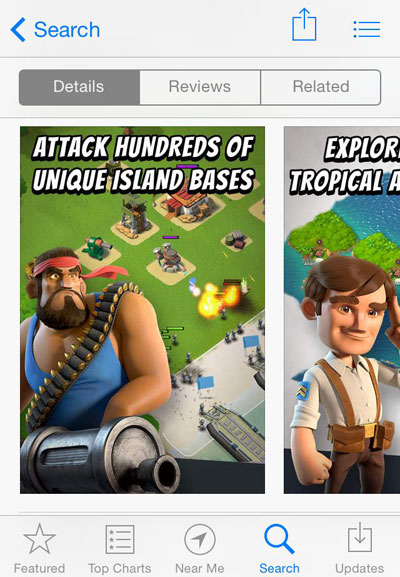 If you do add a landscape picture, it will be flipped to display in portrait orientation on the device. This may be OK with you, but it does make it a little harder for people to scan quickly. 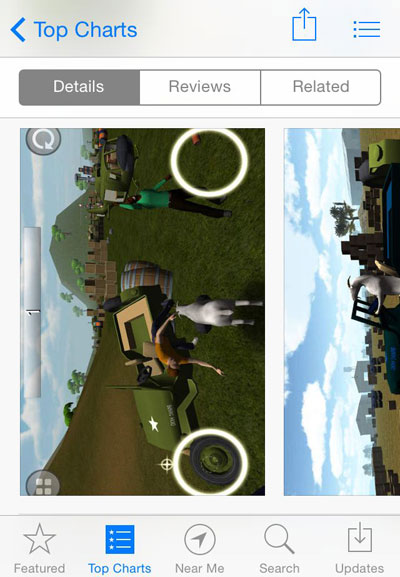 Landscape pictures look better on the iPad however. Here is what they look like in the search view. Notice the difference between the screenshot for Clash of Clans and Flappy Smash next to it. The bigger picture looks much more impressive.

This also goes for browsing the details of the app. The landscape pictures fit well and two full screenshots can be viewed. 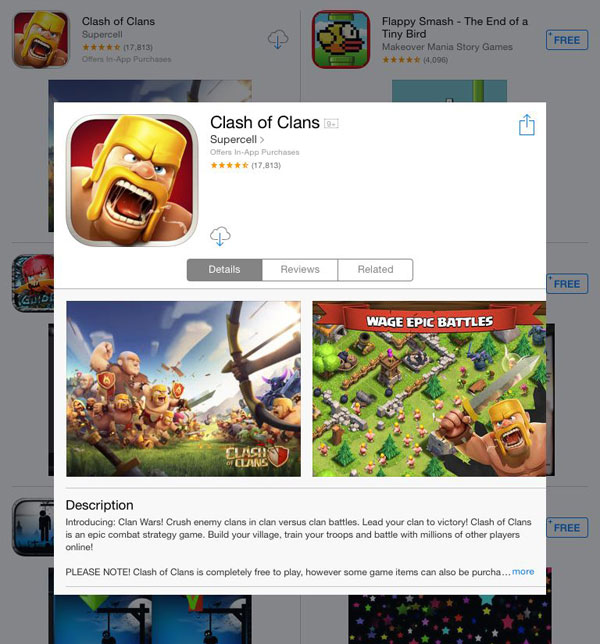 Since desktop and web iTunes both default to the iPhone screenshots, that is the first thing that people will see. However, unlike viewing the screenshots on an iPhone, landscape screenshots will actually appear in landscape. This may give a less uniformed appearance and another reason why you might want to stick to portrait iPhone screenshots.

In addition, using portrait screenshots means that two full screenshots are visible in iTunes. If there is a landscape screenshot in the second position, it gets cut off. 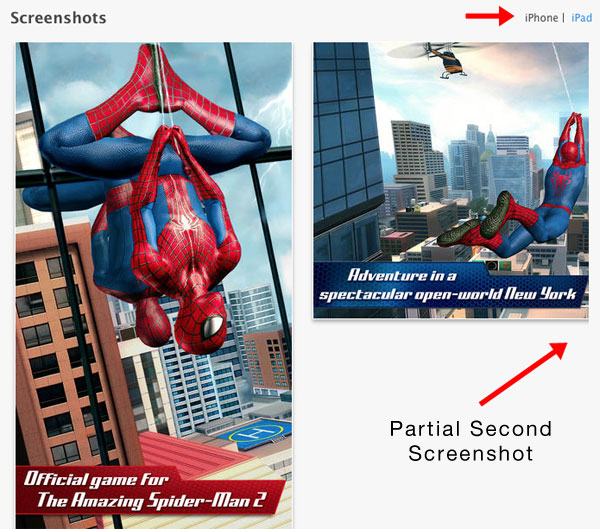 Those were just some general guidelines, but they aren't hard and fast rules. For example, you may want to experiment with using portrait pictures on the iPad. If you do this, now people will be able to see part of a third screenshot, which may give you more space to convince someone to download your app. 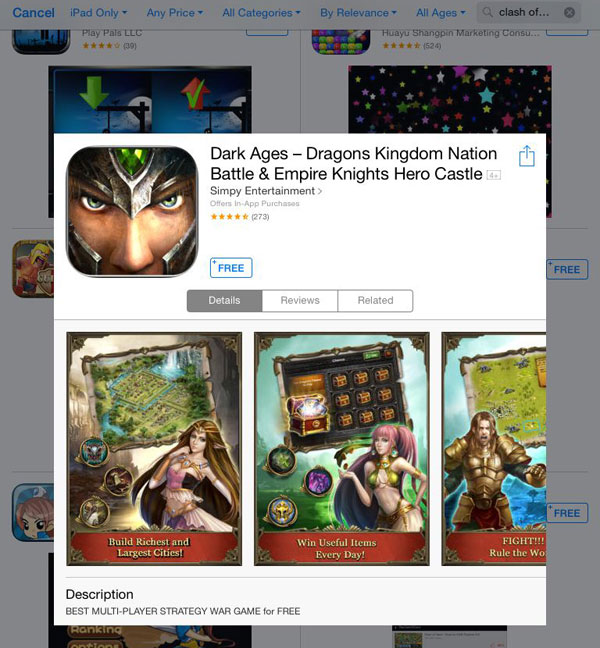 What Other Apps Are Doing

Finding out what other apps are experimenting with is easy. Just check out our App Profile Pages and click on the Update Timeline tab. For example we noticed that the GSN Casino game recently changed all of their iPhone screenshots to portrait orientation. 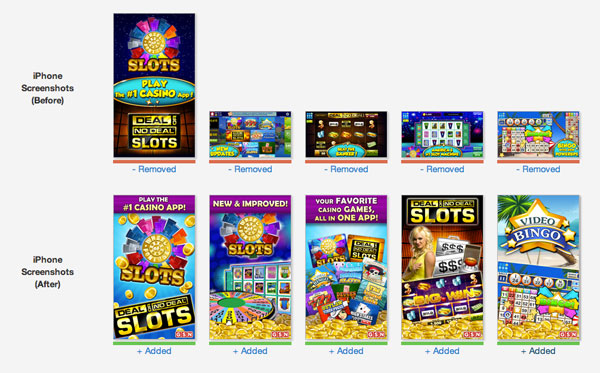 Just like anything else in App Store Optimization, you have to test out your screenshot and see what works best for you. But if you take these considerations into account when creating your screenshots, it can help to convince more people to download your app.

Which screenshot orientations to you use for iPad and iPhone, and why?