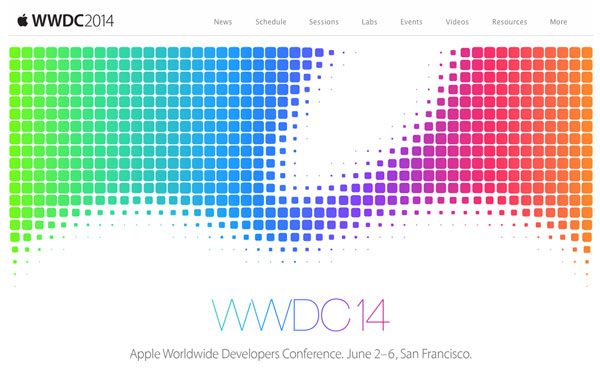 Wow, iOS 8 is going to be a huge release for developers and if you didn't get a chance watch the keynote presentation yesterday at WWDC 14, we will break down all the changes and how they will affect you as an iOS developer and marketer.

iOS 7 made some sweeping changes, but it turns out that they were mostly cosmetic, in comparison to the changes in iOS 8. If iOS was a car, 7 was a new paint job and nicer seats. The 8 update is going to be more like swapping out the engine and adding a custom exhaust.

This is a key point for app developers and marketers. We mentioned in a previous post that your app name helps with app engagement because Spotlight search in iOS will find keywords in the names of apps that are already installed on a device.

But in iOS 8, Spotlight will now look for apps on the App Store that are not installed on a device. This may not seem revolutionary on its own because it is similar to doing a search in iTunes.

However, the functionality of Spotlight has also been extended in other ways, helping people find news, restaurants and points of interest. Therefore, people will probably start to use Spotlight more often, instead of having to go through the additional taps to get to a browser search.

This makes it more likely that people will find apps through Spotlight and the "stumble effect."

For example, let's say that John is really into mountain biking and wants to find an email containing a bike parts quote on his iPhone. He starts typing: "mountain bike" and up pops a suggestion for the Mountain Bike Rider Magazine app on the App Store. Think about how this could help people find your app.

The exact effect of the expanded Spotlight functionality on app discovery can only be measured after iOS 8 is deployed to the public, obviously. But adding app suggestions to the results of what people are naturally searching for in their everyday lives seems like a great way to help people find apps that are related to what they care about most and could possibly be a big piece to solving the app discovery issue that has hindered the App Store.

So make sure that your app keywords are optimized. It will probably have more influence in iOS 8 than most people realize right now. 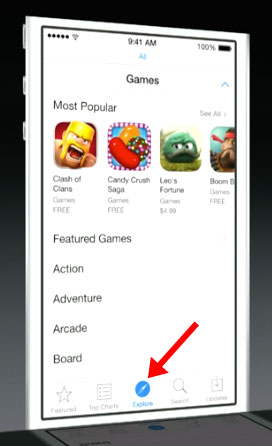 The new Explore tab will replace the Near Me tab on the App Store. It will give people the ability to browse categories and subcategories with greater ease.

Trending Searches will be displayed in search to allow users to see what is popular and help them find related apps. Related Searches will also be displayed to help people find the right apps if their initial search wasn't quite right.

There will also be continuous scrolling of the search results, allowing people to see more results without waiting for new results to load. This should help with app discoverability.

As we predicted back in December of last year, app promo videos will now be available on the App Store. This is awesome because it gives you a brand new opportunity to showcase your app and get people excited about it.

Apple has been notorious for keeping things as closed as possible, in order to maintain control of the user experience. Regardless of how you feel about this, it has worked well for Apple.

But in iOS 8, Apple is now allowing developers to extent the functionality of their apps and add things like custom keyboards and interface with other apps. So think about how extensions can be used to add benefits that will differentiate your app from your competitors and increase app engagement by being able to leverage interactions with other popular apps.

iOS 8 will now allow developers to offer a bundle of apps at a discount. Offering several apps at a discount can be a great way for you to provide additional value to your customers and increase your downloads. It can also be used as an upsell to encourage people to buy your other apps, once they have already purchased one of your apps. 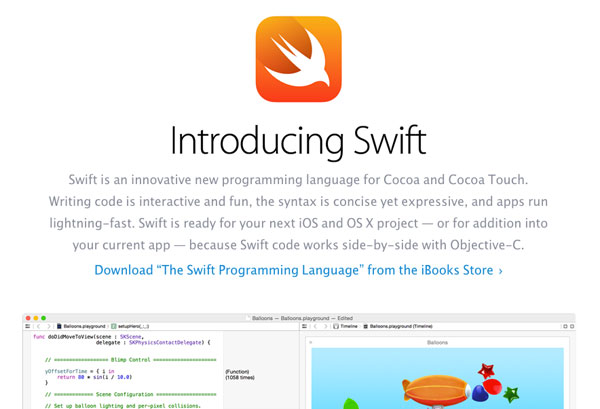 This doesn't affect the marketing of apps, but it is worth mentioning because it is a fundamental shift in the way that apps will be developed. Swift is a new programming language that Apple has created to streamline the programming process. To learn more, you can download the guide from the iBooks Store. Swift is available right now, so be sure to get started as soon as possible.

In iOS 8, users will now be able to interact with app notifications. This feature can be used to bring people back to your app and prevent your app from being buried under the pile of apps that most people have on their iOS devices. For example, you can Like a post in the Facebook app, directly from a notification.

Widgets can also be added to Notification Center to increase the visibility of your app on an iOS device. Users can add your widget to their notifications and interact with it directly from the Notification screen.

Bridging The Desktop To Mobile Gap

One thing that was not necessarily focused on specifically, but which was obvious, was Apple's measured moves towards merging desktop and mobile at some time in the future. The last iPhone update featured the first 64-bit phone chip, bringing mobile hardware closer in line with desktop machines.

The iOS 8 update will continue this trend by making it easy to quickly transition from desktop to mobile in programs such as Mail and the iWork suite. The graphics capability in iOS 8 will be greatly improved and the rendering capability of Metal is impressive. iCloud Drive now allows people to share files between iOS and OS X, a feature that I've been looking forward to.

So unlike Microsoft's Jekyll and Hyde attempt at merging desktop and mobile in Windows 8, Apple realizes that it will take some time for mobile hardware and software to catch up. So they are content with making smooth, iterative changes to get there.

The bottom line is to make sure that you explore all of the new capabilities in iOS 8, to give your users the best experience possible. Also keep in mind where all of this is going, mobile and desktop technology will become one at some point and think about how that affects your app and your business. It may not matter to some apps, but it can make all the difference to the longevity of others.

So the latest iOS update in the fall will be Apple's biggest update, by far. But that gives you some time to work on your apps, to make them the best they can be. There will undoubtedly be other features and nuances that will come to light once iOS 8 launched, so stay tuned to this blog to find out how they can help you get more downloads.

You can view the complete keynote presentation video here. In order to view the video, you need to have a recent version of Safari and Quicktime Player on OSX or Windows. To find out more about iOS 8, you can also read about it on the Apple website.

What do you think about iOS 8? Let us know in the comments below...