In place of our regularly scheduled Apps We're Watching column this week, we're using this space to recap the event every app marketer should have had their eyes on in the past few days: Apple's 2016 Worldwide Developers Conference (WWDC) in San Francisco. In this post, we'll take a look at two of the most significant new features for app developers coming this fall to iOS 10, Apps for iMessage and SiriKit, along with upcoming changes to the App Store itself.

Beyond the customary roster of usability tweaks and performance improvements of Apple's mobile OS updates, iOS 10—currently in beta and due out this fall alongside the next iPhone—will bring with it some more substantial re-workings of existing functionality, and, for app makers, one of the most significant will be Apps for iMessage. You can essentially consider these to be extensions for iOS's most popular built-in app, iMessage, that integrate the functionality of other apps directly into its interface. In fact, the integration goes so far as to include an App Store for iMessage, accessible right from within the app. 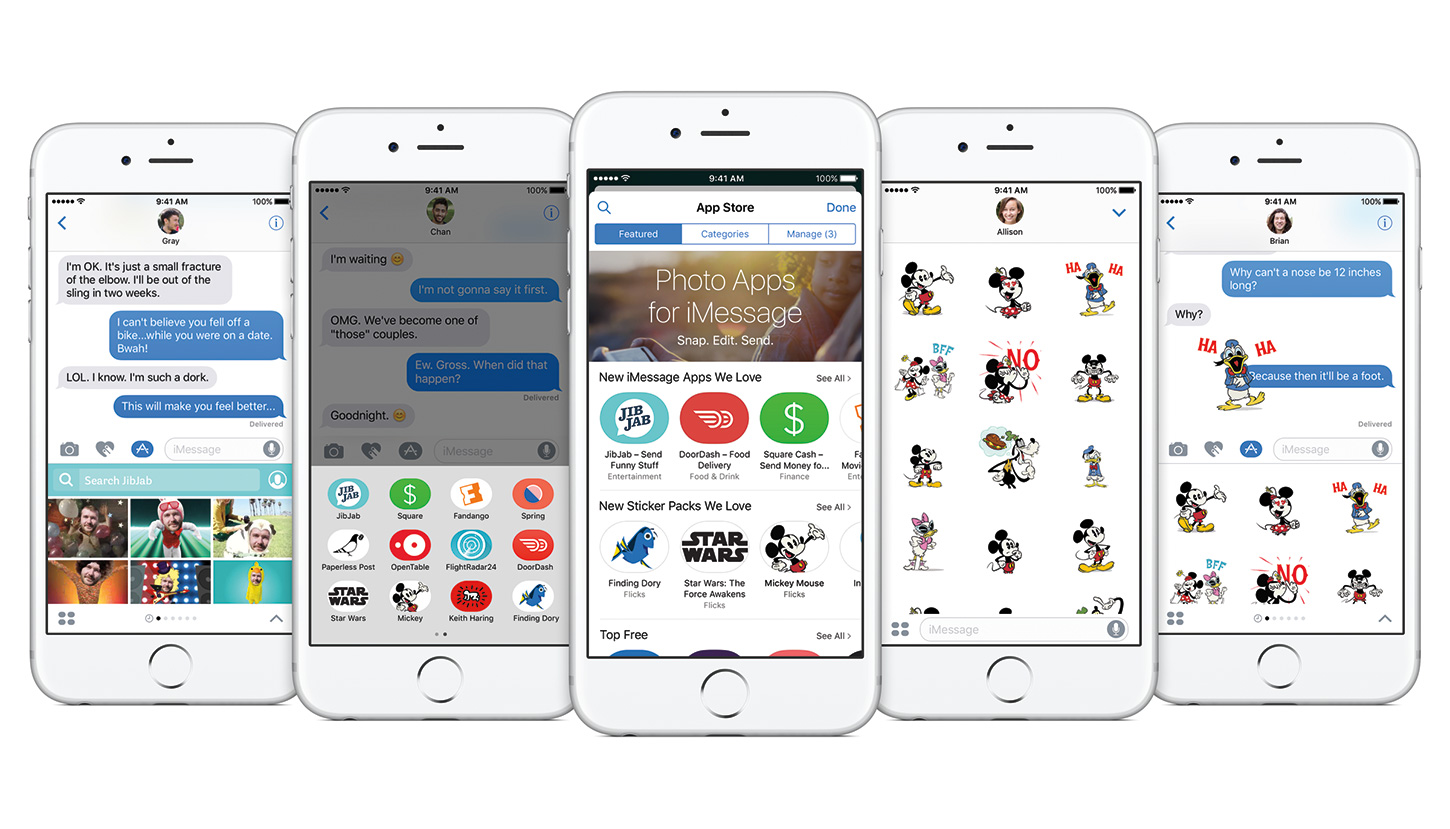 iMessage is getting a significant upgrade for iOS 10, including integrated apps that can be purchased and downloaded directly from within the app.

Users will be able to, for example, use the App Store for iMessage to install an integrated version of DoorDash and order food for delivery right from a conversation. Premium content will also be an option for iMessage app makers, including more seamlessly integrated custom emoji of the type currently offered by apps such as KIMOJI and StephMoji by Steph Curry. In these instances, developers of such apps will be able to have their sticker sets integrate directly into an drawer in iMessage's interface that's easily accessible by users—bypassing the current need to switch keyboards and copy-paste into messages—and sell add-on packs a la in-app purchases.

Apple has provided some initial details on this initiative, with more details on how publishers can submit apps to the App Store for iMessage expected in the coming weeks.

Siri Will Talk with (Some) Third-Party Apps

The other major announcement app makers should keep on their radar is SiriKit, an API and resources for developers that will enable Apple's digital assistant to communicate directly with some third-party apps. In the example below, you can see that users will be able to ask Siri to request a ride from Lyft without opening the app.

Ride Booking apps are one of six types SiriKit will support at launch.

In its official documentation for SiriKit, Apple has revealed that it will initially support six types of apps: Ride Booking, Photo Search, Payments, VoIP Calling, and Workouts. It hasn't said whether this selection will be expanded upon in future SiriKit updates, but it will no doubt consider doing so if relevant use cases can be identified.

Although announced in advance of WWDC itself, numerous changes are inbound to the App Store itself this fall. Easily the most significant of these is paid app search, which will allow publishers to bid on Search Ads to be displayed within the App Store app for keyword searches. 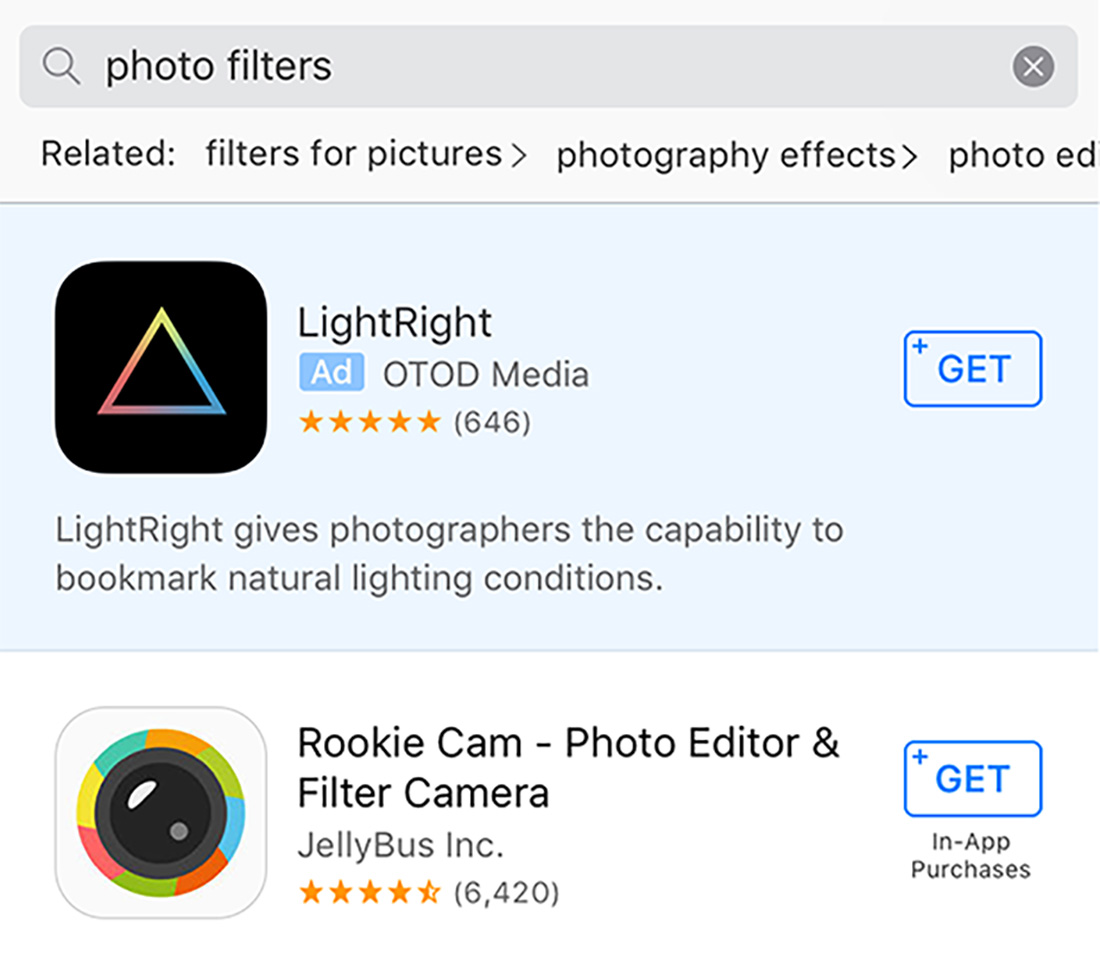 Only one Search Ad will be displayed above results, colored blue and featuring an "Ad" icon to differentiate it from organic results.

There are some caveats to this program, currently in beta, that publishers should be aware of. For one, unlike paid search ads for the web—such as Google AdWords—only one result will be displayed, at the top of the search results. Relevancy will also play a key role in what is displayed; it won't be possible for an irrelevant app ad to be displayed no matter how much higher its publishers is willing to bid than the competition. In one Apple example, a pizza ordering app might outbid a gaming app for a gaming-related search term, but its ad won't be displayed because it's not deemed as relevant to the user's intent.

In order to ensure the delivery of relevant ads, Apple has mentioned that app descriptions will be parsed for relevance, along with app names and other factors. This is the first time we've heard of Apple factoring app descriptions into the delivery of search results, and while there has been talk that descriptions may factor into the App Store's keyword ranking algorithm going forward, nothing has been confirmed. Apple has further detailed search ads on its website. 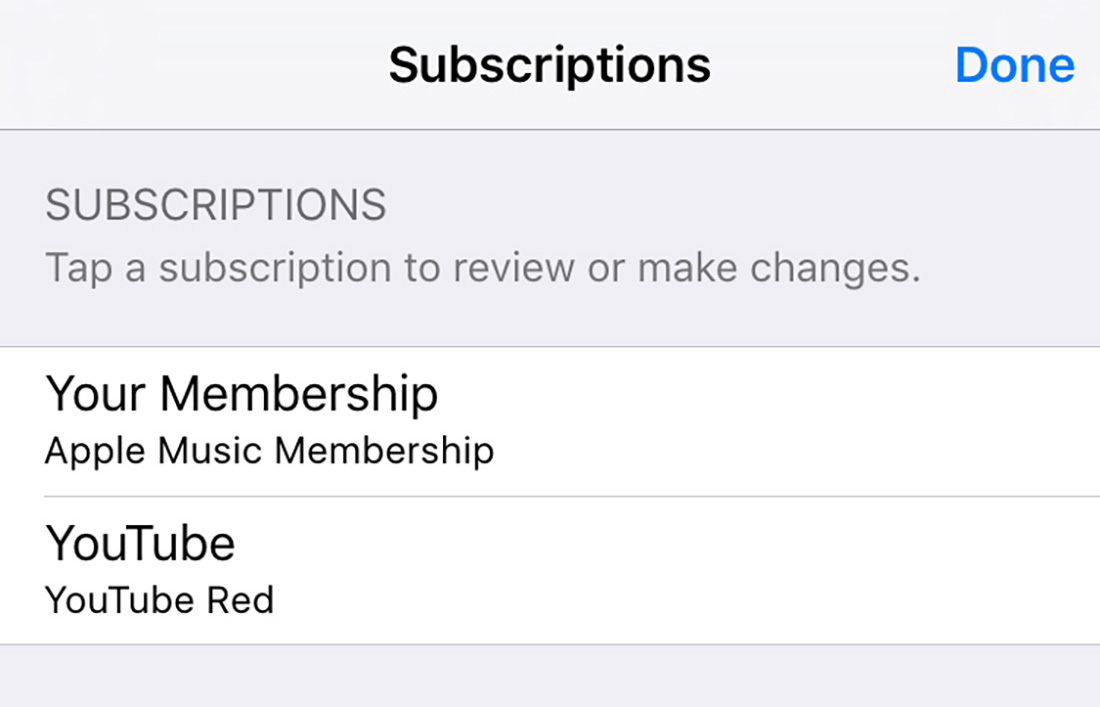 In-app subscriptions will expand to all app categories in iOS 10.

The other major change to the App Store for publishers will be the expansion of subscriptions to all app categories, enabling such scenarios as monthly subscriptions to online games or enterprise software directly within the App Store. As part of this announcement, Apple has revealed that it will offer adjusted 85/15 revenue share with publishers after a user has maintained a subscription for one year. More details on the new subscription strategy can be found on Apple's developer site.