In this week's Sensor Log, we're looking at the story told by our Store Intelligence platform about Amazon's growth as a mobile shopping powerhouse. By now, you've already read about the company's Q4 2015 results; the chart we've put together for this post sums up its growth on Apple's App Store from 2014 through 2015. Read on to find out what we learned.

As we reported last month, Amazon led the surge of shopping app downloads on Black Friday 2015—where we saw a more than 240 percent year-over-year growth for the app. Now the impact of that growth not just on this single day, but throughout 2015 (and especially in Q4), can be seen in our download estimates for the Amazon app on iOS from the past eight quarters: 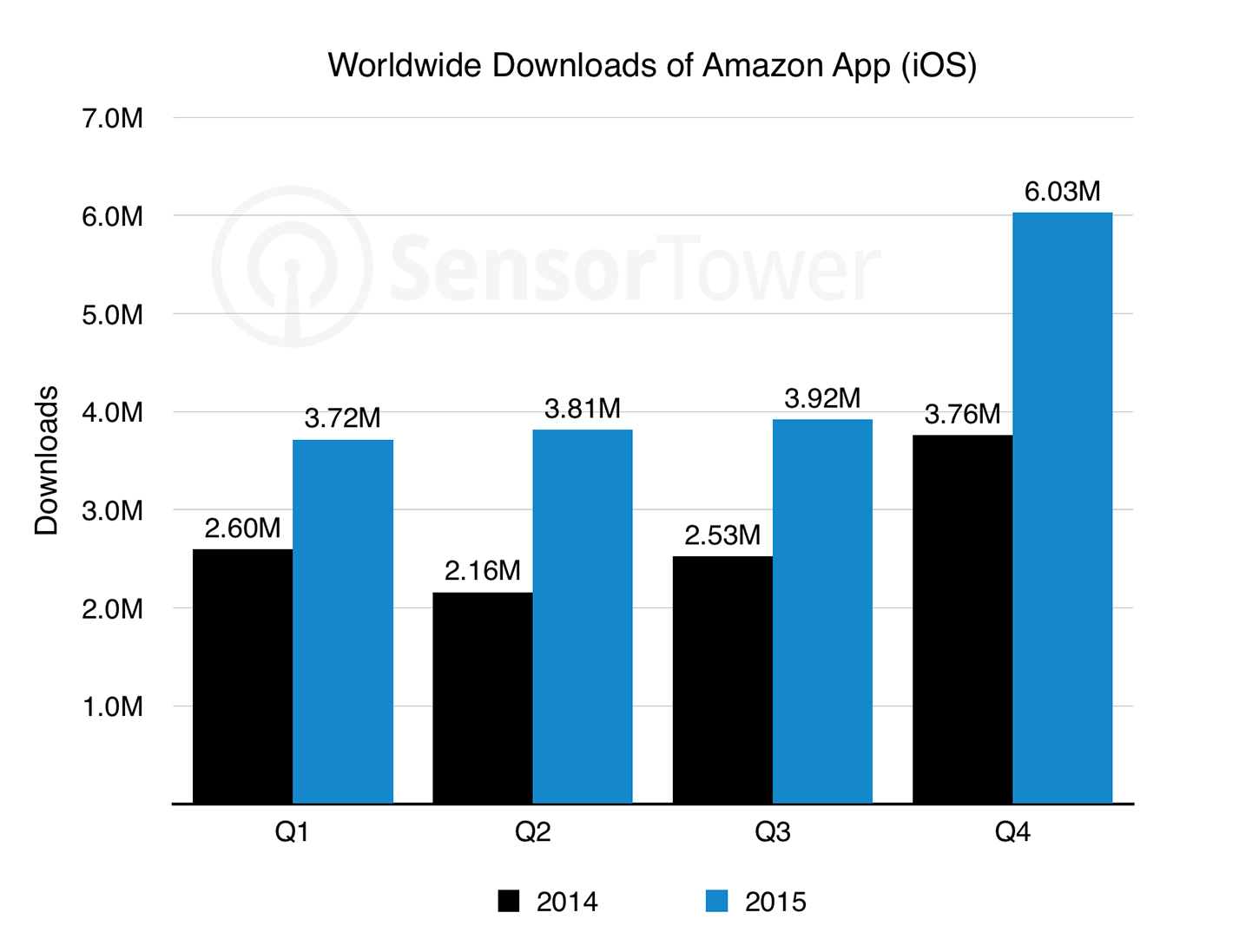 Our estimates are for worldwide downloads on both iPhone and iPad and, as you can see, Amazon has driven continual growth in user acquisition for its app on iOS across seven of eight quarters analyzed—culminating in its largest quarter-over-quarter and quarterly year-over-year growth in Q4 2015. Specifically, a 53.7 percent increase in downloads for Q4 2015 over Q3 2015, and a 60 percent increase in downloads for Q4 2015 versus Q4 2014.

All told, Amazon ended Q4 2015 with approximately six million worldwide downloads of its app on iOS for the quarter, up from about 3.9 million in Q3. In Q4 2014, the publisher drove approximately 3.8 million downloads.

Two factors no doubt contributed to this impressive Q4 2015 growth: The well-documented increase in momentum of consumers shifting their online shopping environment of choice to mobile devices, and, as we've been tracking in our new Ad Intelligence platform, a sizable mobile advertising push by Amazon as it seeks to stand out from growing competition in the space from newcomers such as Wish.

With the rollout of a dedicated Shopping category on the App Store in Q4, it's clearer than ever that mobile shopping is a major area of growth in the app ecosystem, and we'll continue to monitor it closely as more apps aim to follow the trail blazed by Amazon—and potentially give it a run for its money.