Following its 2017 release, the title’s best year ever came in 2020, due in part to the launch of Animal Crossing: New Horizons on the Nintendo Switch and the peak of the global COVID-19 pandemic and lockdowns. In 2020, Animal Crossing: Pocket Camp generated $77.5 million from player spending, a rise of 23.6 percent from 2019. So far in 2021, the title has accumulated $51.5 million. Last year also saw the title’s best month ever for revenue, with the game picking up $8.4 million in May 2020, which followed its second best month ever for downloads in April 2020, when it accumulated 7.1 million installs.

Animal Crossing: Pocket Camp currently ranks as Nintendo’s No. 2 mobile game for player spending worldwide, generating $255.7 million to date. Ranking No. 1 is Fire Emblem Heroes, which has racked up $929.6 million in lifetime revenue, while Mario Kart Tour ranks No. 3 with $243.7 million. 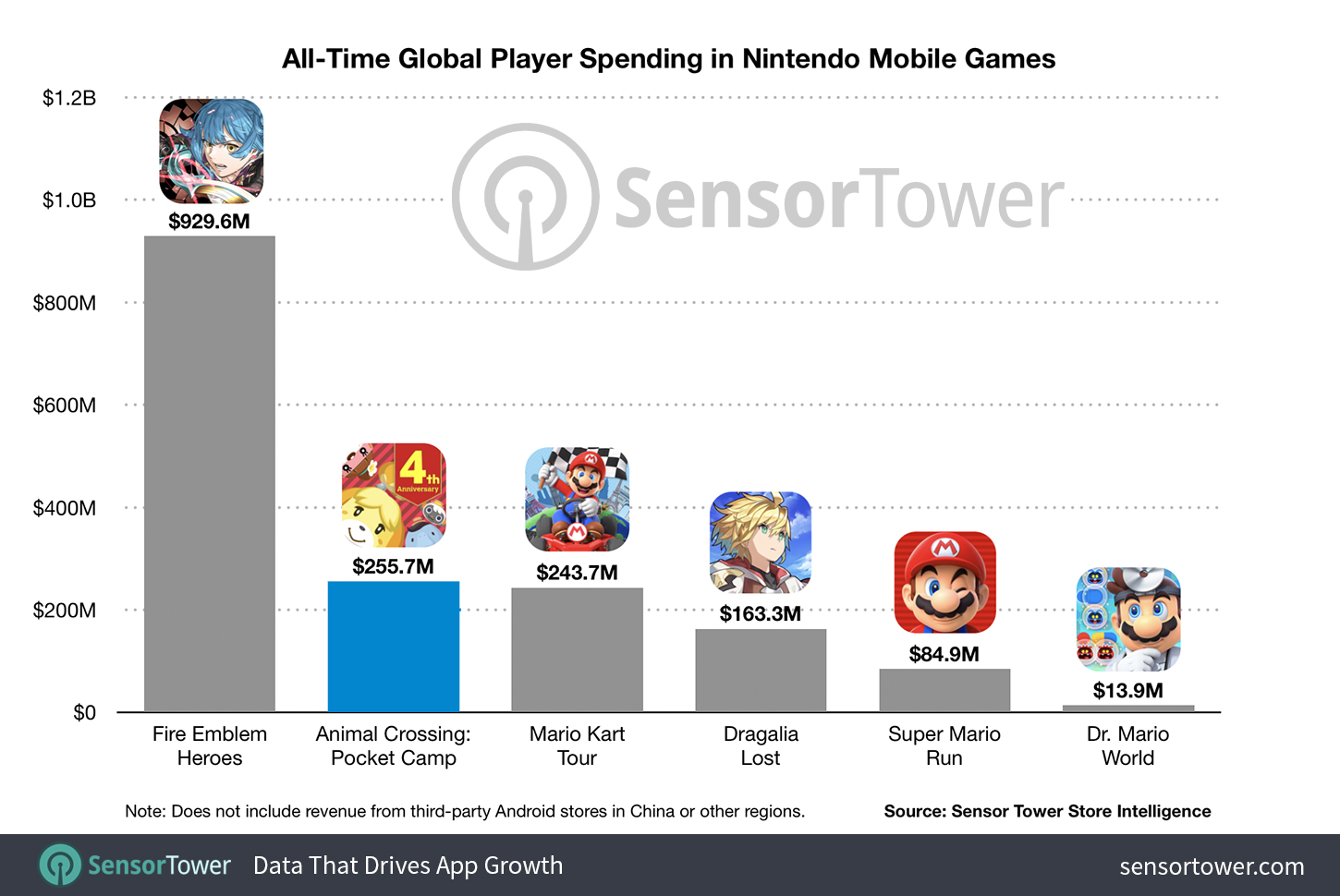 Japan has proven to be the most lucrative country for Animal Crossing: Pocket Camp to date, generating $172 million from player spending, or 67.3 percent of total revenue. The United States, meanwhile, ranks No. 2 with approximately 21 percent of player spending, while South Korea ranks No. 3 with 1.8 percent.

The App Store makes up the majority of the title’s revenue, accounting for approximately 61 percent of player spending. Google Play, meanwhile, accounts for $100 million, or about 39 percent.

As with player spending, the App Store Store also makes up the majority of downloads, accounting for 54 percent of total installs. Google Play, meanwhile, accounts for 46 percent.

Animal Crossing rode a wave of renewed popularity in 2020, standing out as the perfect game for social interaction during the peak of the pandemic and lockdowns. The success of the Nintendo Switch launch of New Horizons caused a ripple effect for Pocket Camp in 2020, leading to its best year ever for revenue, helping spur on the title to its latest milestone of $250 million, making it Nintendo’s No. 2 most lucrative mobile game ever.