Competition remains fierce in the attention economy, a fact that’s reflected by the mobile market. Sensor Tower Store Intelligence data reveals that it now requires approximately 156,000 downloads on a given day for a non-game iPhone app to reach No. 1 in the United States. This is up 37 percent from the median of 114,000 daily downloads needed throughout 2019.

Conversely, mobile games have seen the quantity of downloads needed to reach No. 1 decrease by 46 percent when comparing the two periods. Year to date, a chart-topping mobile game in the U.S. must amass approximately 93,000 installs in one day, compared to 171,000 in 2019.

As mobile devices became even more of a central fixture in consumers’ lives during 2020, the market grew more saturated for non-game apps. That year, the number of downloads to reach No. 1 on the U.S. App Store for a given day hit a new record high of 185,000, up 62 percent year-over-year. Topping the chart on Google Play wasn’t as heavily impacted, with the number of single-day installs there climbing just 5 percent Y/Y to 87,000.

This could potentially be explained by iOS-specific user acquisition tactics employed by developers after the rollout of App Tracking Transparency (ATT) on the platform. Publishers might also be trying to offset the normalization of the market after the boom in adoption during COVID-19. 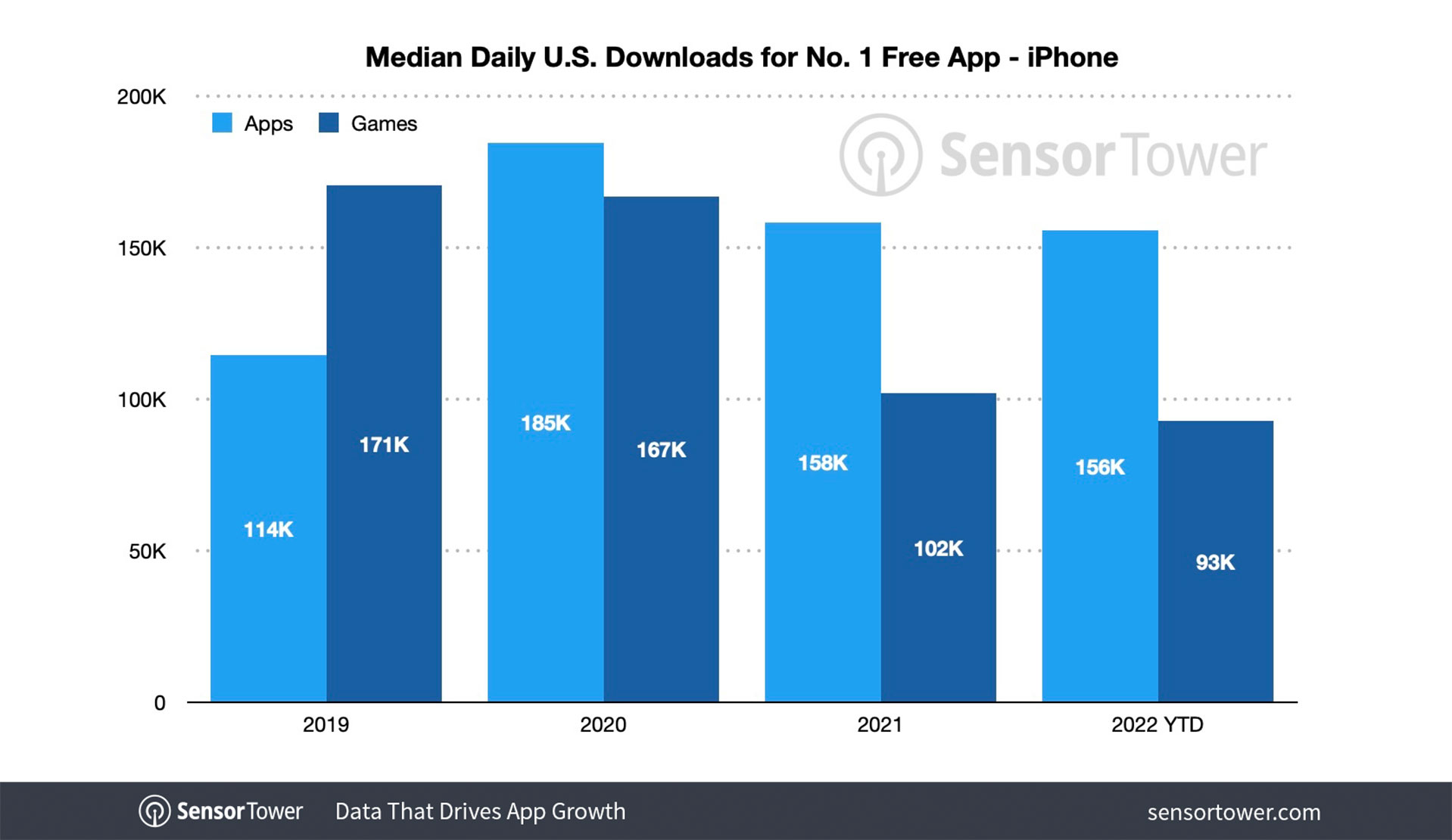 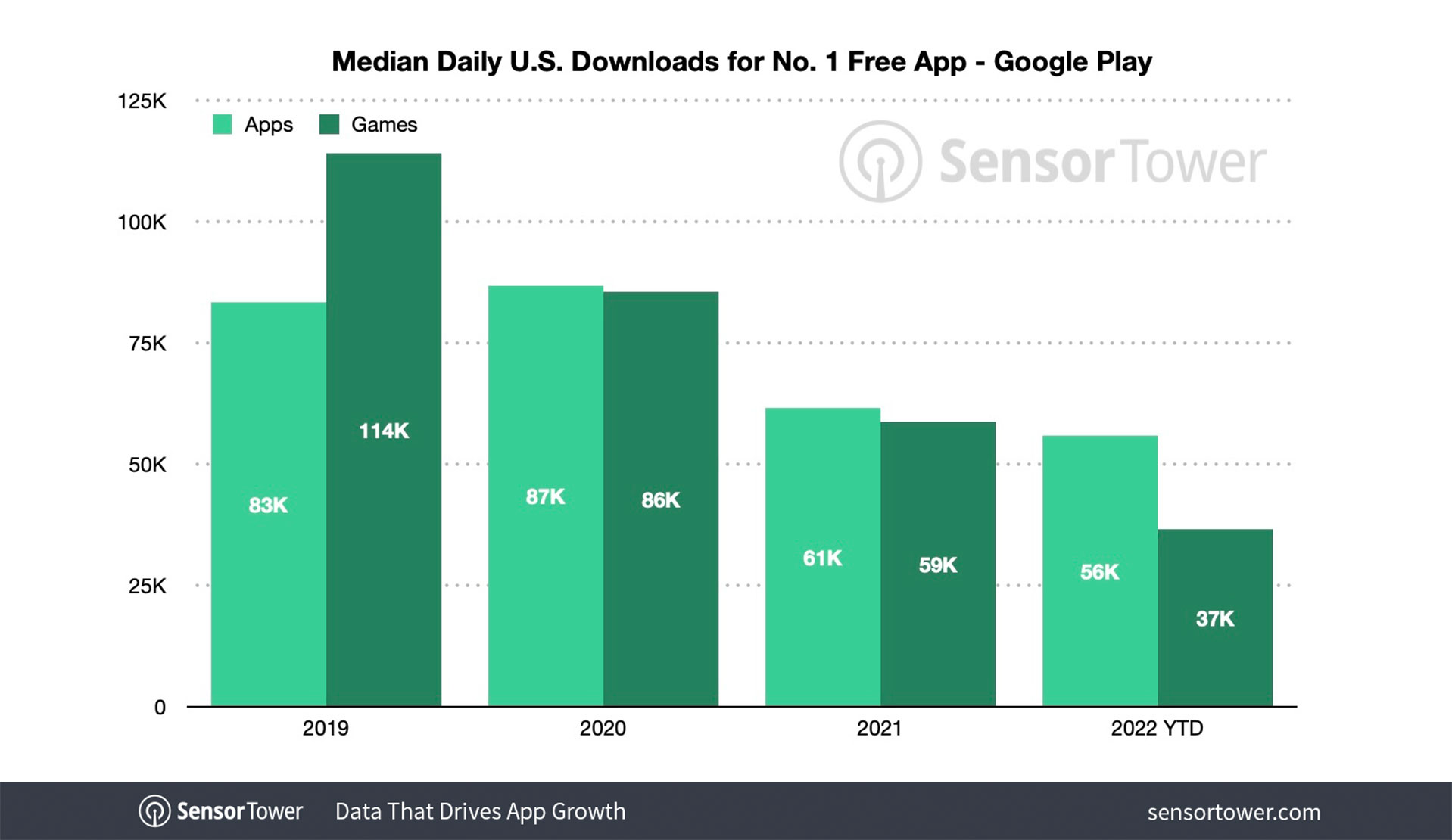 Gaming titles are seeing the lowest median downloads needed on any given day to top the charts on both Apple and Google’s marketplaces. This could be due in part to players finding select games they are interested in rather than downloading new titles to try out. In a previous report, Sensor Tower found that U.S. devices were interacting with fewer games in 2021 compared to 2019.

Downloads to Reach the Top 10 in the U.S.

A similar trend has emerged for the top 10 on the U.S. App Store and Google Play; non-game iPhone apps face higher boundaries than their Android counterparts or mobile games on both marketplaces. Year to date, a non-game iPhone app needs approximately 52,000 installs on any given day to rank among the overall top 10. This is up 2 percent compared to 51,000 in 2019. 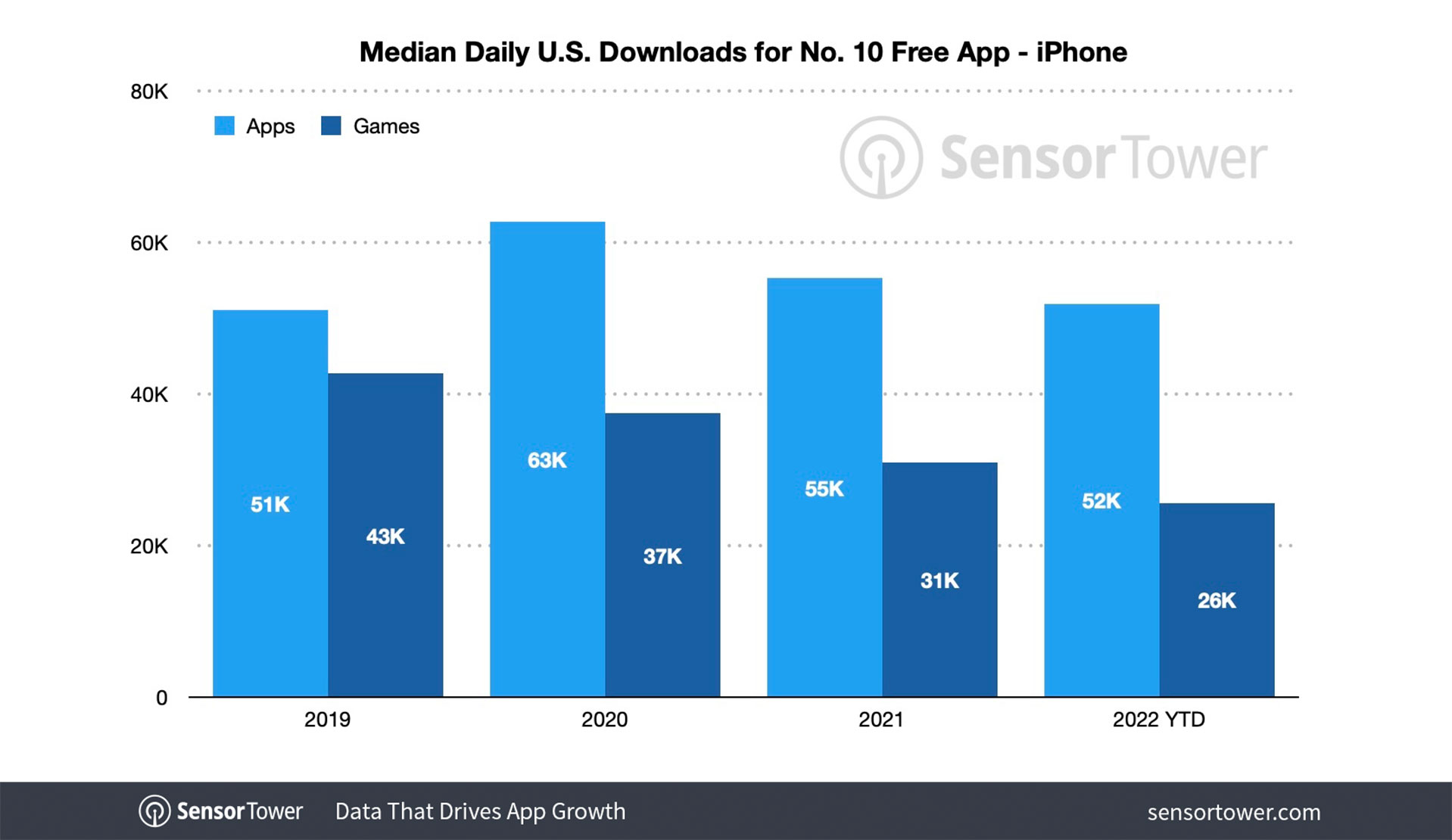 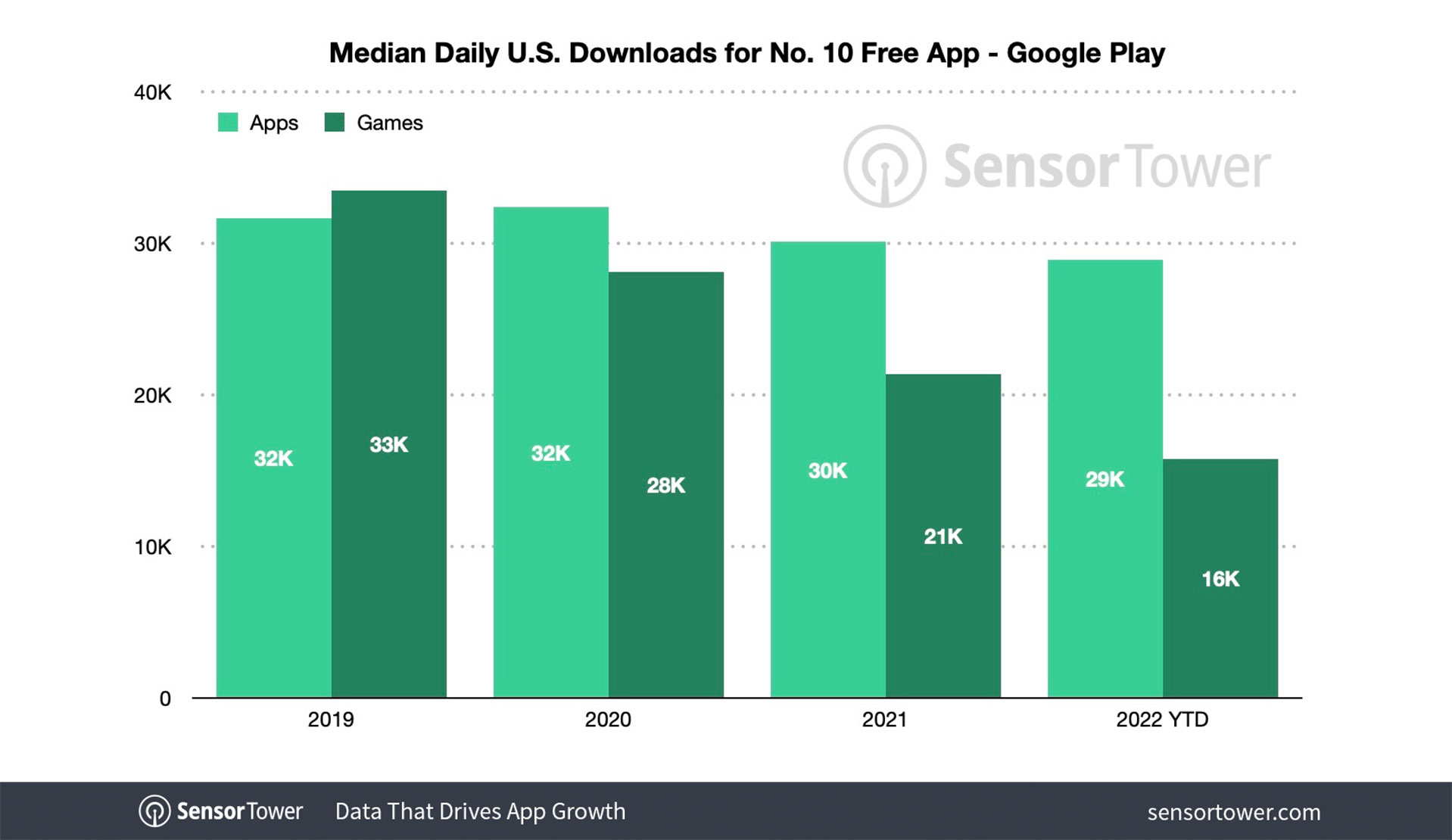 Entertainment is the toughest category in which to rank among the top 10 apps on both the U.S. App Store and Google Play; 25,000 installs are needed for iPhone apps, up 19 percent Y/Y, while Android apps must reach a median of 18,000, up 6 percent Y/Y. 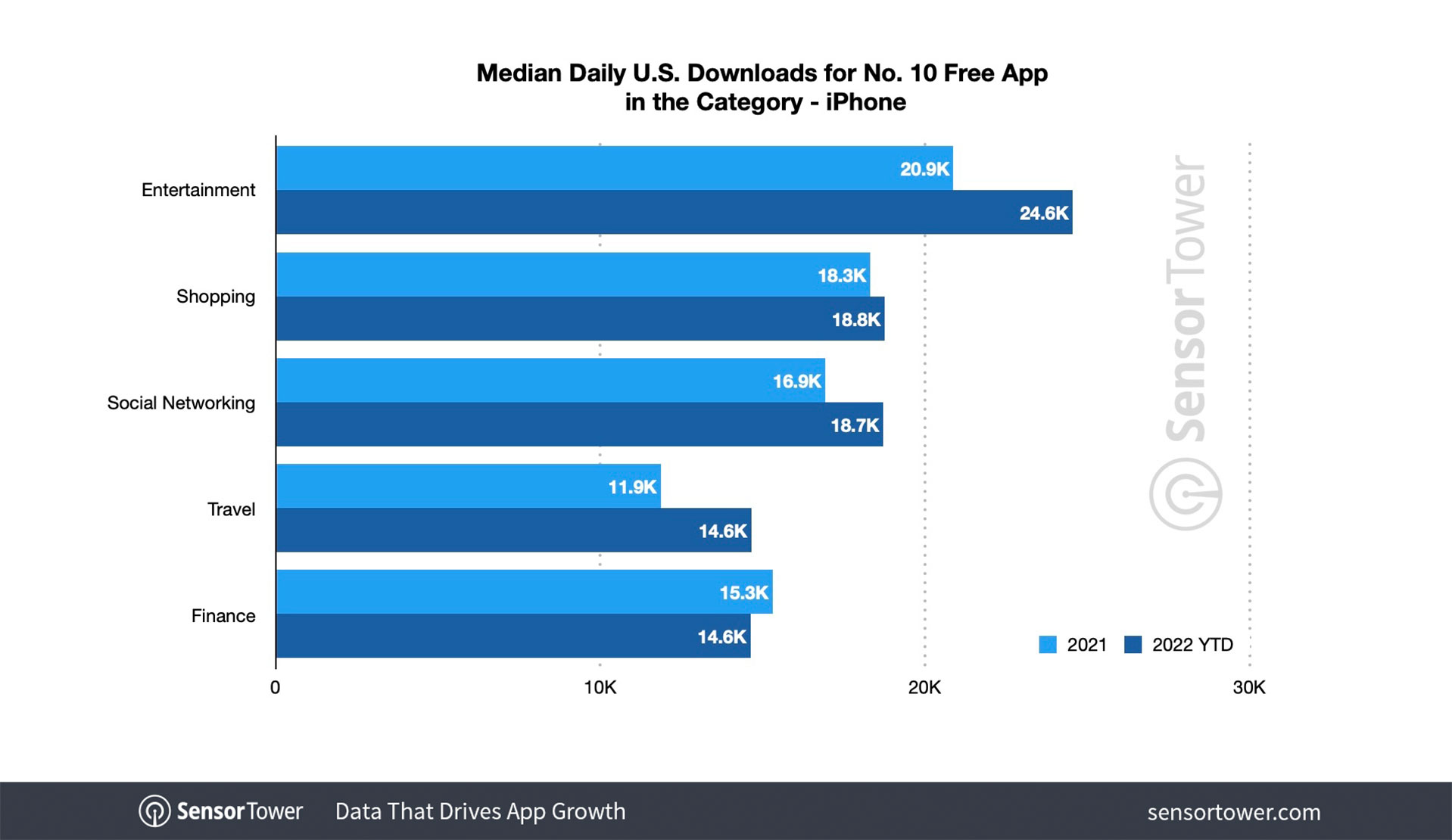 The other top categories with the highest barriers to making the top 10 are Shopping, Social Networking, Travel, and Finance on iPhone; and Shopping, Tools, Finance, and Communication on Android. Apps that want to break into the top 10 in these categories will be jostling with tech giants such as Meta, Google, and Amazon, as well as their rivals. 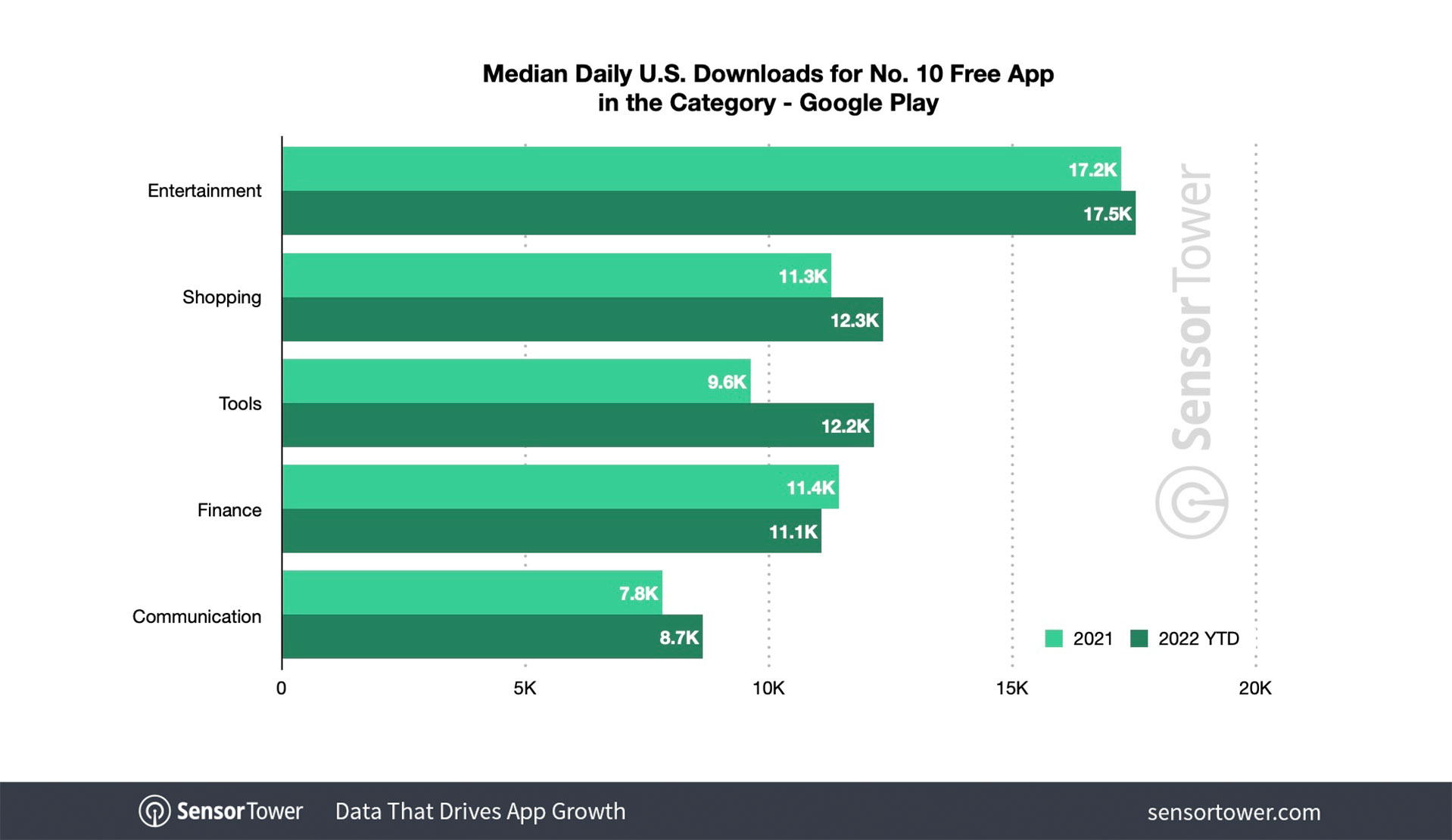 China, India, and the U.S. Have the Highest Barriers to Entry 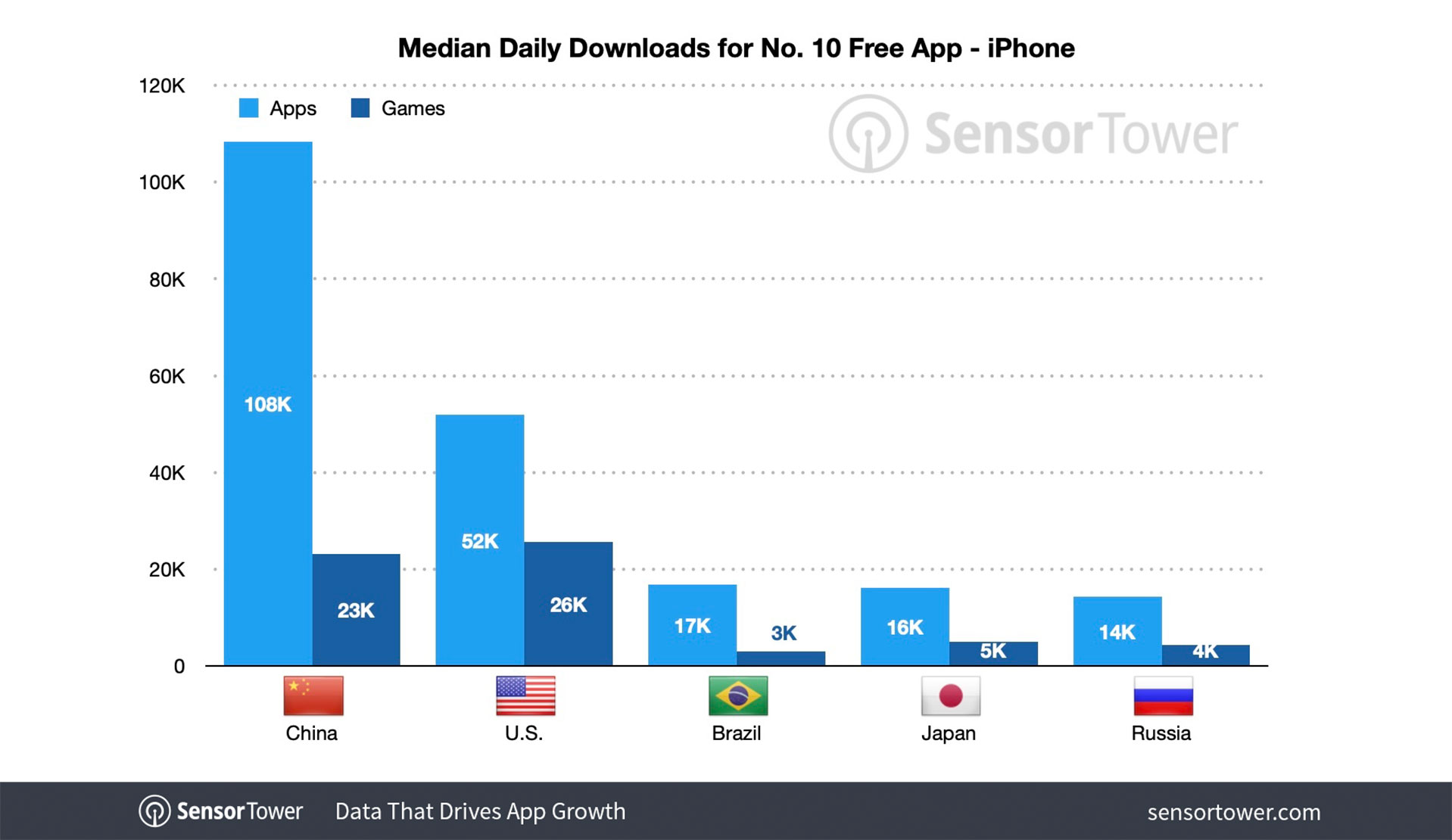 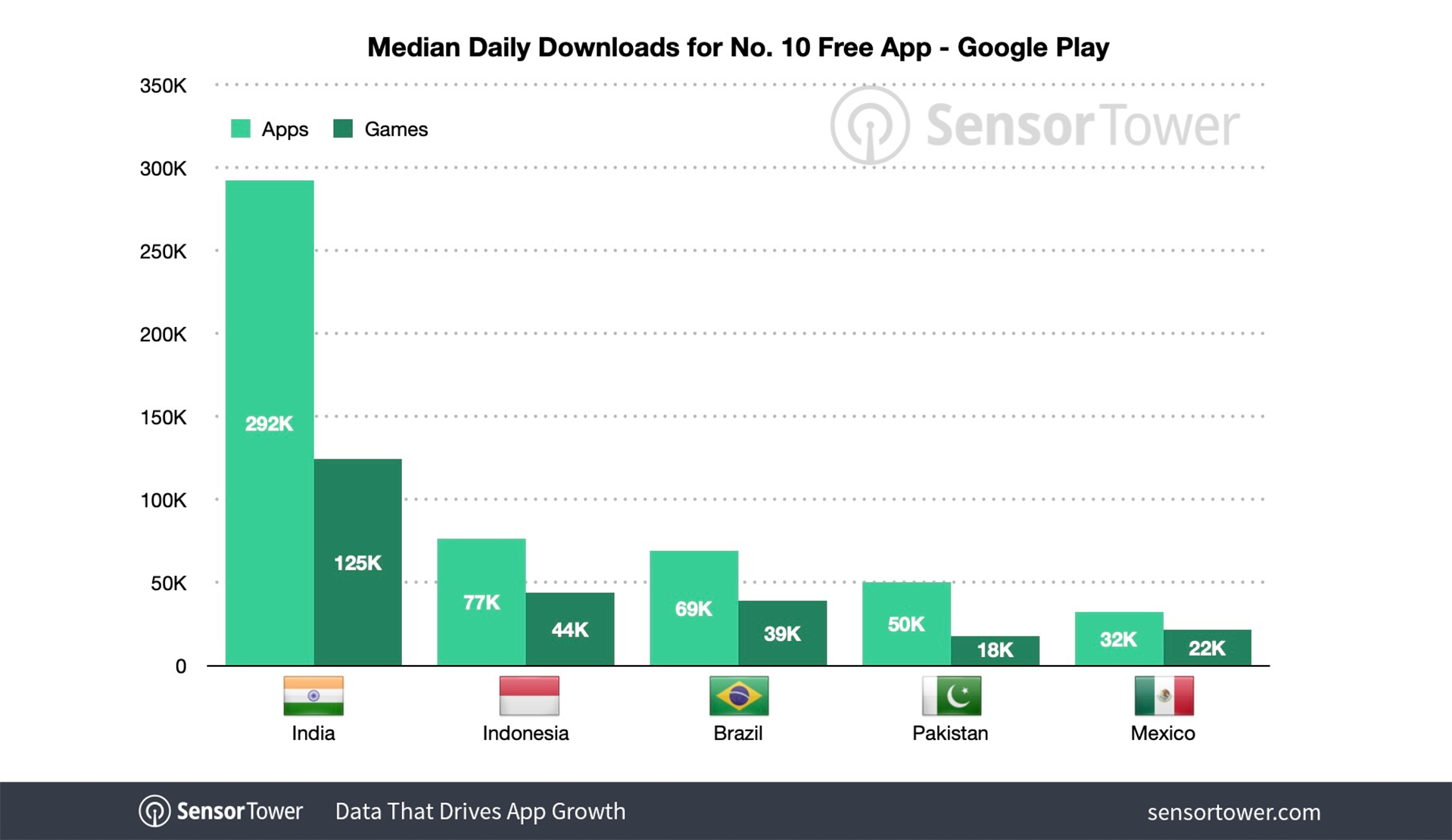 It’s more challenging than ever to stand out for iPhone apps on the U.S. App Store. However, there are opportunities for publishers looking toward markets outside of those that are already highly saturated. Mobile game developers might also have an opening, as the number of downloads needed to rank in the top 10 are lower than ever before in the U.S.