At least 3,000 apps could face removal from the App Store under reported plans that Apple is set to remove those that haven’t been updated “in a significant amount of time,” Sensor Tower App Intelligence data shows.

Sensor Tower studied apps that saw at least 10,000 installs in 2022, and the following analysis considers the broadest group of apps that might be affected: those last updated before September 2020.

While it is unclear what other criteria or timeframe qualifies an app for removal from the App Store, our analysis reveals that 2,966 apps haven’t been updated since 2018 or earlier. That number more than doubles to 7,335 when including apps that were last updated before September 2020, when iOS 14 was released.

Mobile games are the most impacted by far, representing about 38 percent of those affected. The category that would see the second-most apps removed is Entertainment, which represents 8 percent of the cohort, followed by Education with 7 percent. 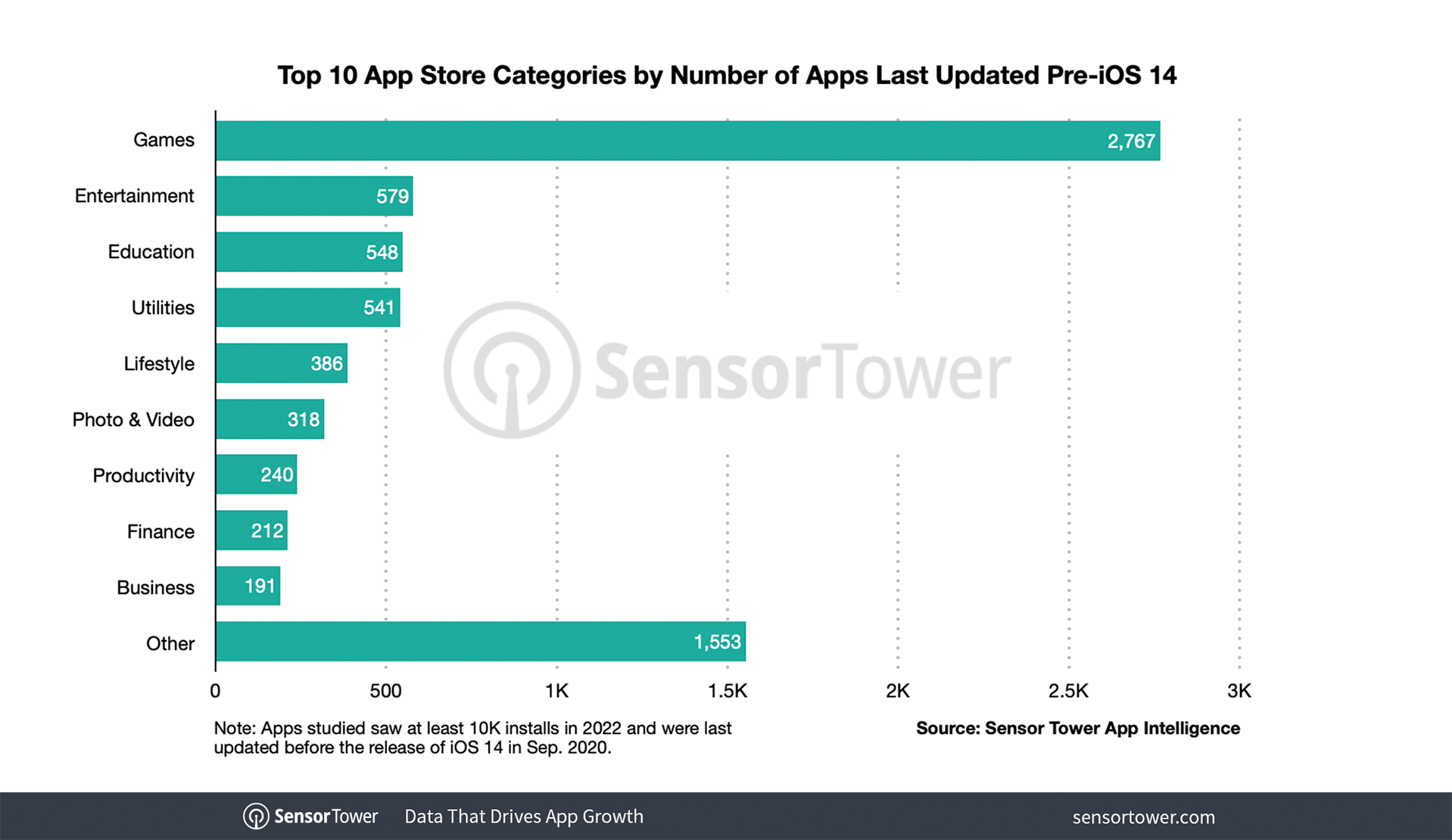 Among the iOS mobile games that could potentially be impacted, Geometry Dash Lite has seen the most installs year-to-date with approximately 5.3 million downloads worldwide. Bike Race: Free Style Games, meanwhile, has generated the most from player spending at $1.7 million. When it comes to non-game apps, Steam Mobile has seen the most installs year-to-date with 2.8 million, while Social Networking app Reports: Followers Tracker has accumulated the most from consumer spending at approximately $3.2 million in 2022.

Altogether, the apps studied have been collectively downloaded 380.6 million times and seen $149.7 million in consumer spending in this year alone.

The Number of Now-Dormant Apps More Than Doubled In 2020

The number of apps on Apple’s marketplace has grown each year, and unsurprisingly, not all developers continually roll out updates. Among the still-active apps that have seen at least 10,000 installs in 2022, Sensor Tower found that an increasing number of apps were no longer seeing updates with each passing year. An estimated 4,436 apps were last updated in 2020, more than double the 1,833 apps that were last updated in 2019. 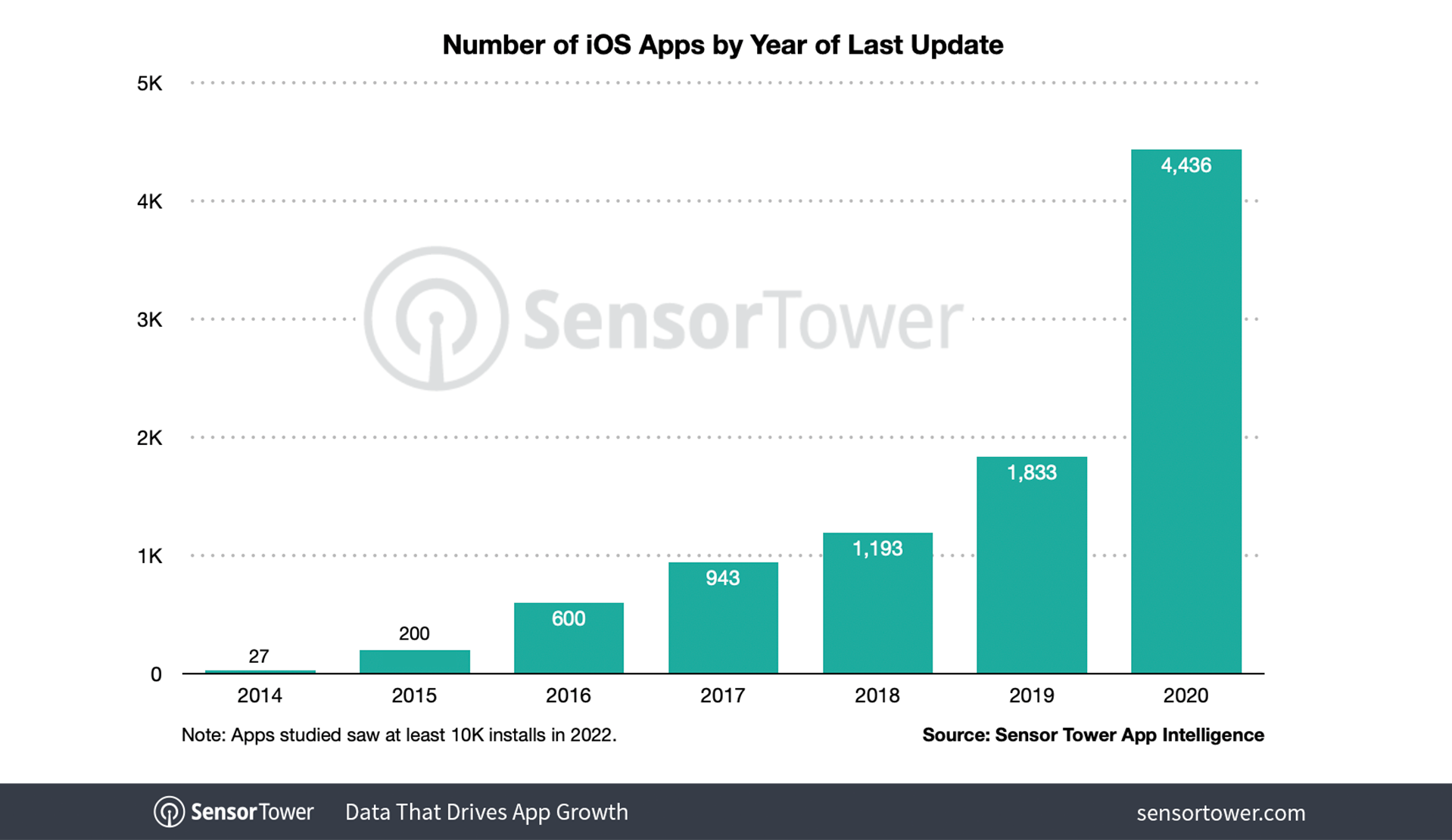 There are a variety of reasons a developer might stop updating their app, such as the app being removed. Another reason could be a matter of resources; many smaller studios simply don’t have the time or the finances to devote to the process. Some game developers have also noted that their products weren’t intended to be games-as-a-service, but rather are intended as complete experiences that they believe don’t require any updating.

Although Apple hasn’t made an official statement about these reports, it’s not the first time it has ejected outdated apps from its App Store, having previously removed nearly 50,000 apps in a single month in 2016. Since developers are only now getting 30-day notices that their apps might be removed, we will have to wait until next month to gauge the true extent of Apple’s latest purge.