Mobile games accounted for the majority of U.S. App Store spending on December 25 at $37.9 or 70 percent of the total. This was approximately 25 percent higher than the $30.2 million spent in games on Christmas 2017. Spending in non-game apps reached $16.3 million, an increase of 47 percent over the $11.1 million spent last year. 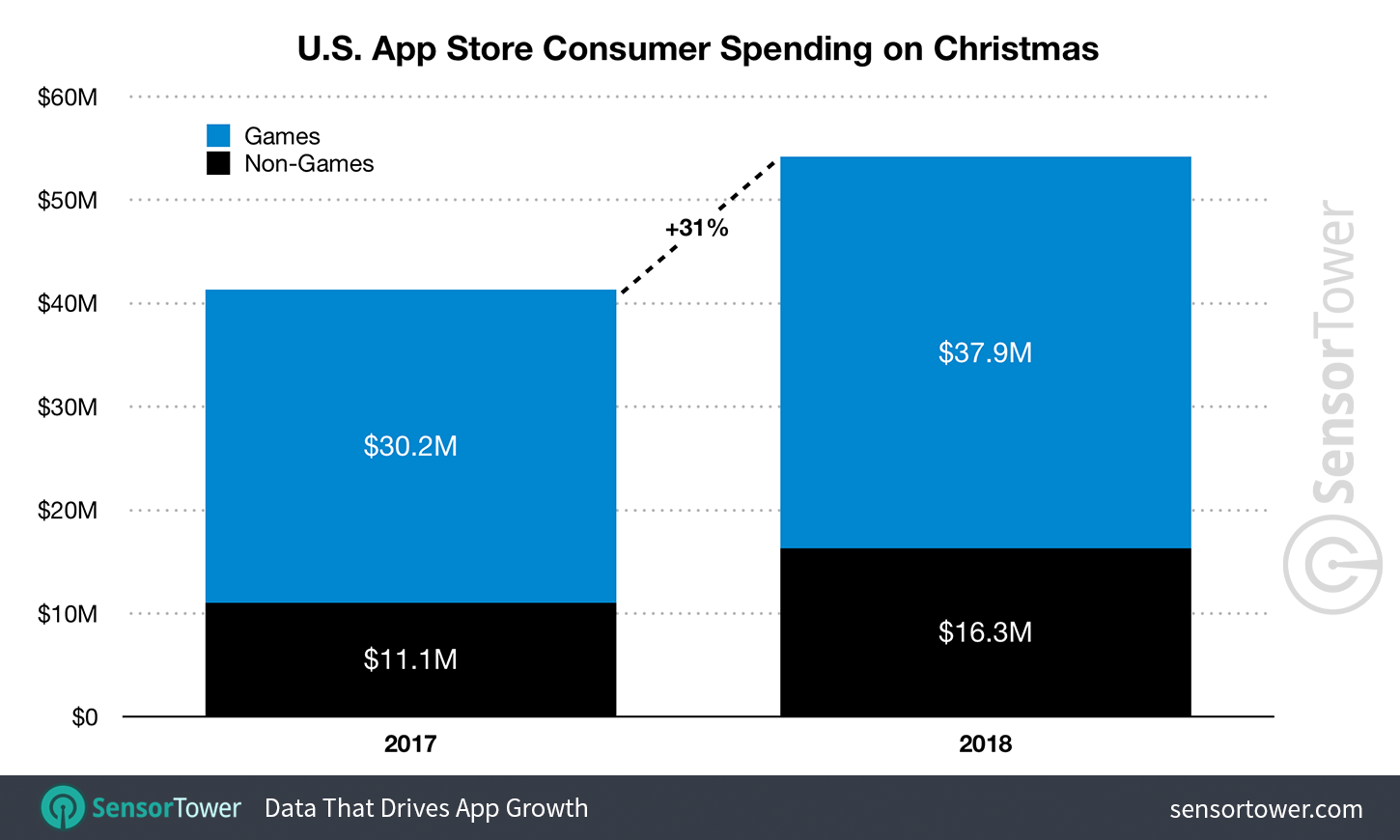 Entertainment category apps such as Netflix and YouTube accounted for the most revenue outside of games. They brought in approximately $4 million in consumer spending on Christmas compared to $2.7 million on the same day in 2017, an increase of 48 percent year-over-year. Photo & Video apps also displayed considerable growth, with spending in them climbing 75 percent over Christmas 2017 to $2.1 million.