Apps We're Watching has a look at the past seven days' worth of apps making news (and moves) on the App Store and Google Play. This week we've got our pulse on what users are saying about the first major Instagram redesign, the intriguing—and extremely popular—way Google is putting itself in front of iOS users, and how the company who wrote the book on modern puzzle video games is hoping to recapture its crown from a certain regally named competitor.

Instagram Probably Didn't Picture This Reaction to Its App Redesign

You couldn't read anything about the app ecosystem this week without seeing a story covering Instagram's icon-to-interface redesign. The fact that the app has had the same basic design since launching in 2010, back in iOS's texture-heavy skeuomorphic days, was partly to credit for the buzz—the other part was the fact that the app is on more device home screens than almost any other apart from Facebook, Messenger, and Snapchat. Any major change was bound to get a lot of people talking. And talk they did.

We performed an analysis on more than 700 U.S. App Store user reviews for May 11, the day of the update's release, and found that 70 percent were negative (two stars or less), while the remaining 30 were positive (three or more stars). By comparison, the more than 572,000 worldwide ratings for all versions of Instagram carry an 86 percent positive sentiment. Digging deeper, we found that the 10 most commonly mentioned terms among the negative reviews were: new update (80), hate (57), ugly (52), logo (42), horrible (37), please change (32), new icon (26), and awful (25).

Despite the negativity, Instagram’s U.S. rank in all categories for iPhone actually increased by two positions from No. 7 to No. 5 within 24 hours of the new version's launch, as seen in the App Intelligence rankings history chart below: 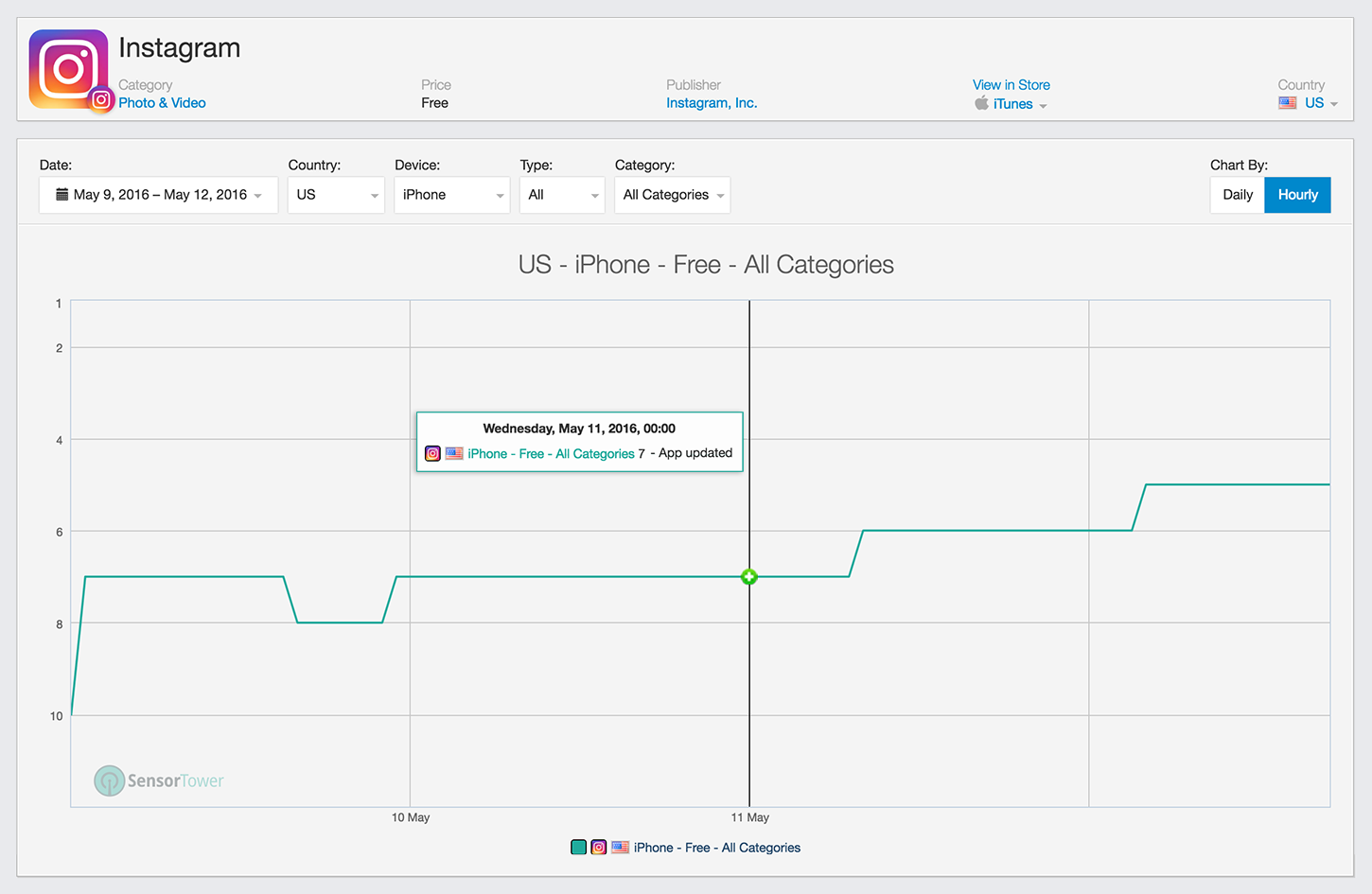 It's likely that the staggering volume of media coverage and word-of-mouth about the redesign drove a good portion of those added installs, as iOS users clamored to see what the fuss was about. The net effect was more new users despite all the outcry on social media and in App Store reviews—now Instagram just needs to hope the newcomers like what they see.

Next up this week, Google debuted what at face value sounds like a fairly low-key new app: a replacement keyboard for iOS. But this addition to the Utilities category has proven to be a hit with users and reviewers alike—and gives the search giant an even more deeply ingrained position on its main competitor's platform.

Called Gboard, it went straight to No. 1 in Utilities and made quick work of the all categories ranking to place above all other free iPhone apps on the U.S. store by the end of its first day. The chart below shows how its biggest competitors, Microsoft's Word Flow Keyboard—previously covered by Apps We're Watching—and SwiftKey Keyboard ranked in Utilities at the time of its launch: 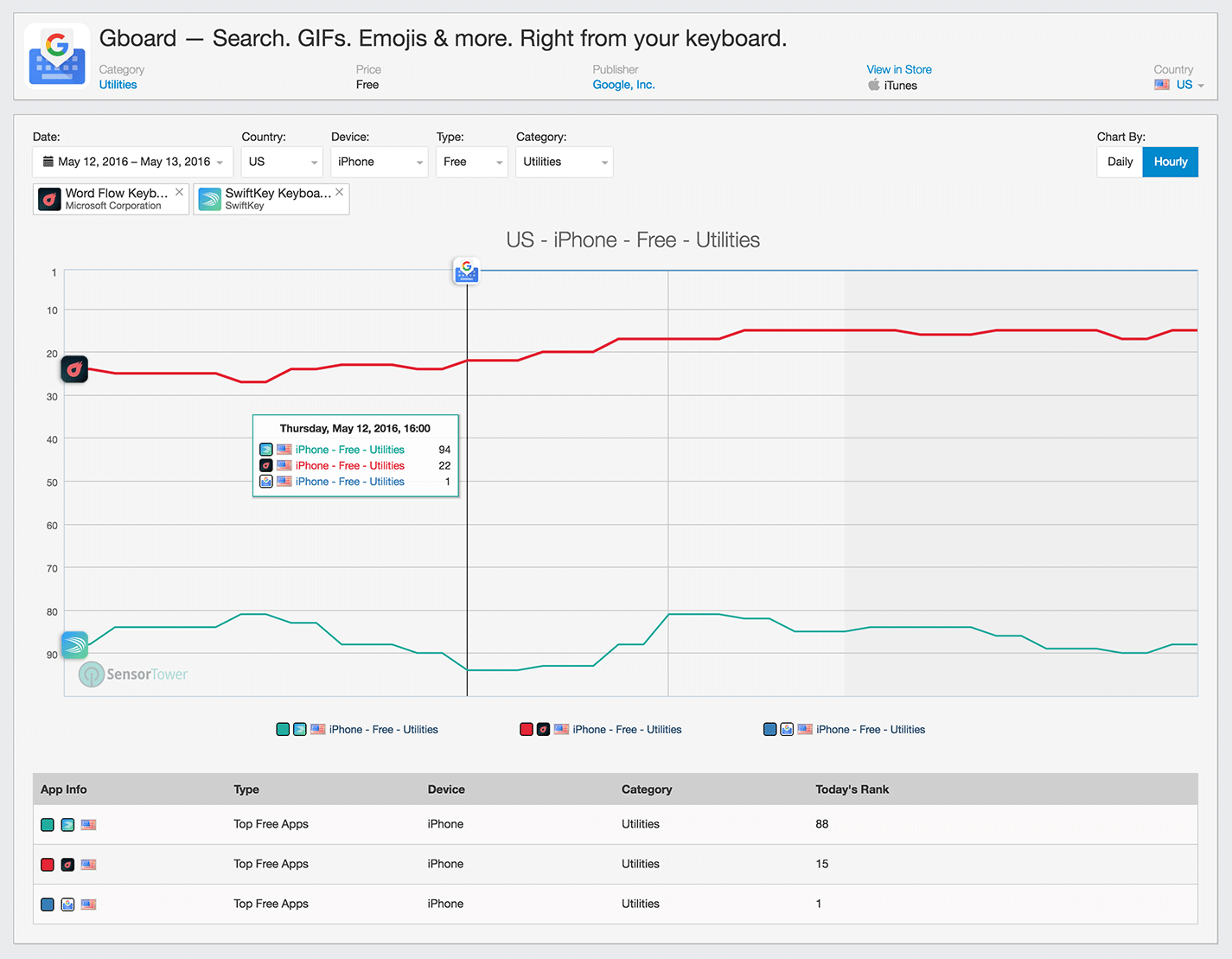 Gboard puts Google's core experience in front of iOS users more seamlessly and pervasively than any of its previous apps.

By integrating Google search directly into a keyboard that appears wherever users need to type in iOS—and making it faster to look up information without switching to a browser or the Google app—the company not only gave Gboard a killer feature, but its core search product a direct line to the hundreds of thousands of iOS users who've already installed it. How Google will capitalize on this remains to be seen, but the potential for paid search within the keyboard could be huge as long as it doesn't overwhelm the user experience.

Responsible for popularizing the "match three" style of puzzle gameplay present in mobile hits such as Candy Crush Saga with its Bejeweled series, Electronic Arts-owned PopCap returned this week with the first new mobile installment in the franchise since 2011's Bejeweled Blitz. Called Bejeweled Stars, the free-to-play app was soft-launched on Android as Bejeweled Skies late last year. 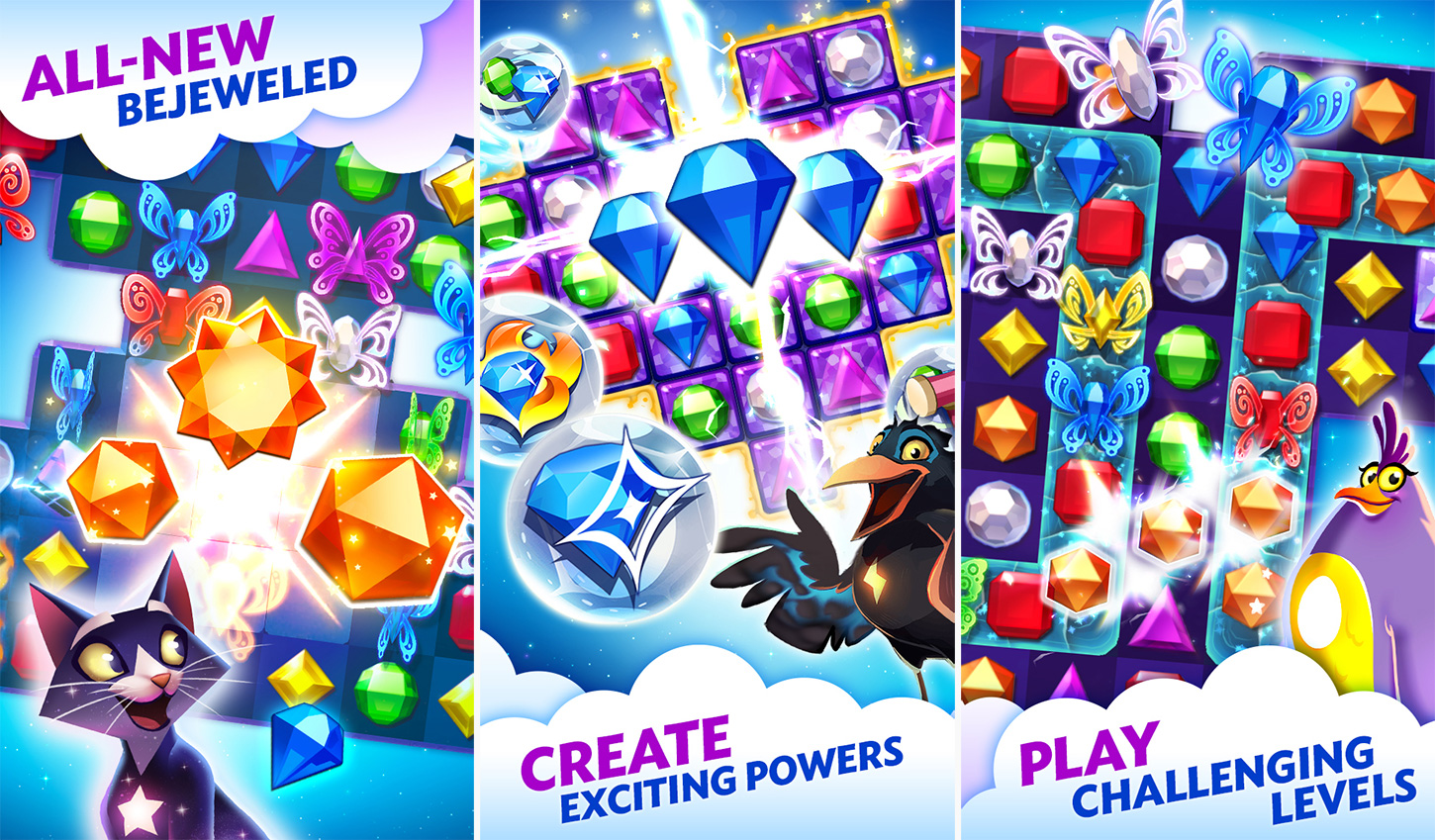 Currently ranked No. 25 among all free iPhone apps, Bejeweled Stars is a direct competitor to King's Candy Crush offerings, which have proven that the formula it popularized 15 years ago still has massive earning power on mobile. Candy Crush Saga routinely ranks in the top 10 for U.S. and worldwide revenue along with its first spin-off, Candy Crush Soda Saga, while its latest iteration, Candy Crush Jelly Saga, is also a top earner.

As of this blog post, Bejeweled Stars continues to ascend the free iPhone apps ranking—albeit more slowly than Jelly Saga did back at its worldwide launch in January—as users rediscover the franchise and its new tricks (including the ability to craft special powers). Of course, the real test will be in monetization; Candy Crush Saga currently ranks below 100 in all free apps for downloads, but its finely tuned IAP mechanisms and dedicated paying users keep it among the top 10 grossing U.S. apps week in and week out.