We've previously reported on the massive subscriber growth experienced by CBS for its premium All Access service since the debut of Star Trek: Discovery in late September of this year, and now Sensor Tower Store Intelligence data reveals that the corresponding surge in revenue has sent the network's mobile apps past the $20 million mark in terms of all-time in-app spending.

Despite premiering just days before the end of Q3, mobile subscription revenue spurred by the new Star Trek series was enough to drive the CBS apps to a record quarter, as seen in the chart below. We estimate that approximately $4.1 million of the apps' $20 million lifetime gross revenue across the App Store and Google Play was generated last quarter. 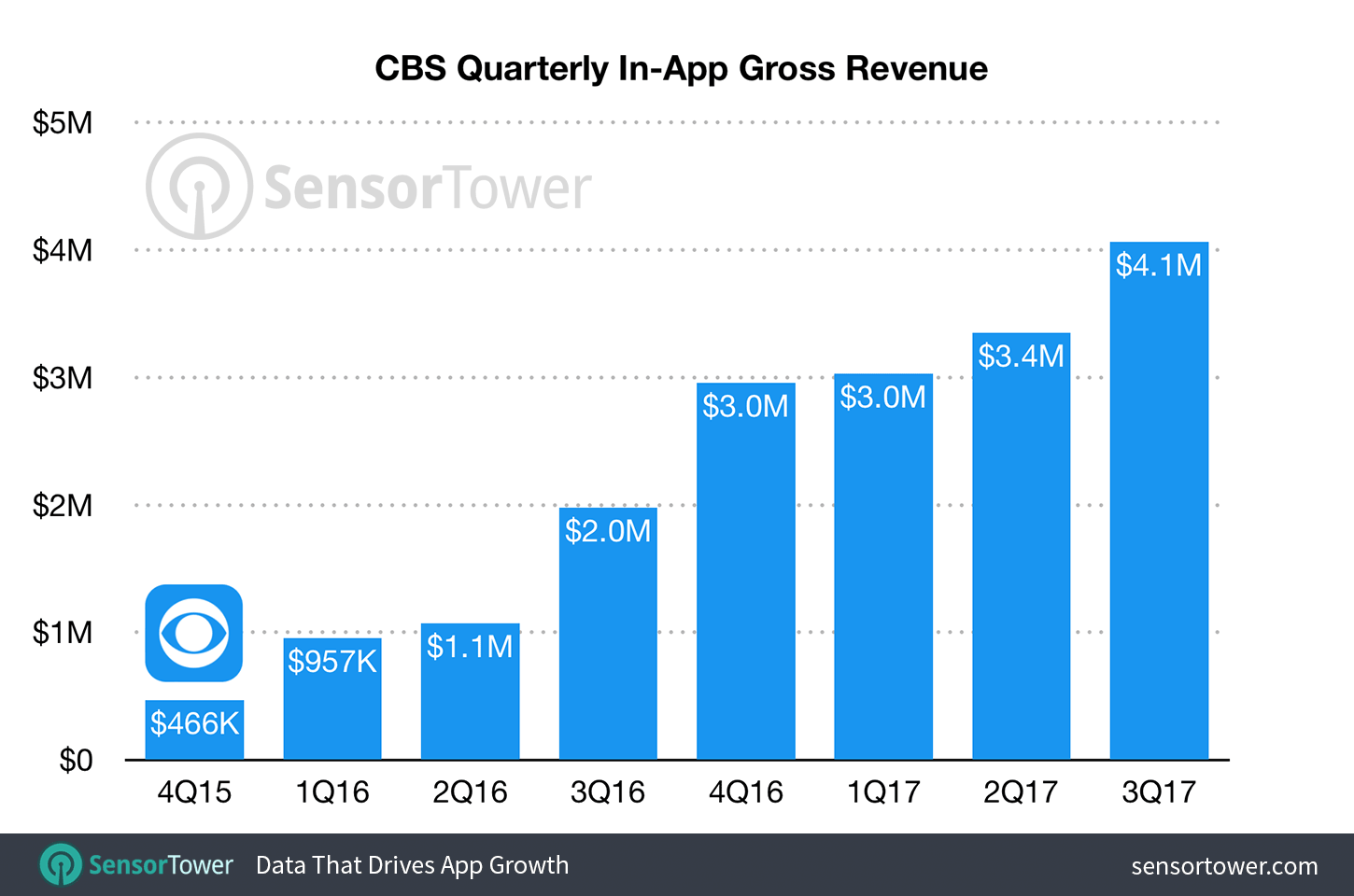 That $4.1 million represented an increase of about 105 percent year-over-year from Q3 2016 estimate $2 million of in-app revenue. So far in Q4, revenue from the apps is up approximately 38 percent compared to the same period a year ago.

Of course, with Star Trek: Discovery on mid-season hiatus until January 7, all eyes will be on the number of subscribers—and corresponding revenue—the service stands to lose in the interim, as those who signed up for the sci-fi series cancel or pause their subscriptions until it returns.