CBS has announced that signups for its over-the-top All Access service hit record levels for last Sunday's premiere of Star Trek: Discovery. The network didn't disclose specific figures, but Sensor Tower Store Intelligence data sheds light on the impact Discovery's premiere had on the mobile component of CBS' fledgling service.

According to our preliminary estimates, first-time installs of the CBS Full Episodes and Live TV app from the App Store and Google Play topped 46,000 on Sunday. This figure is a far cry from the 171,000 new installs we estimate the HBO NOW mobile app saw for the July 16 premiere of Game of Thrones season seven. However, when viewed in context of pre-Discovery downloads of the CBS app, the growth is more impressive. 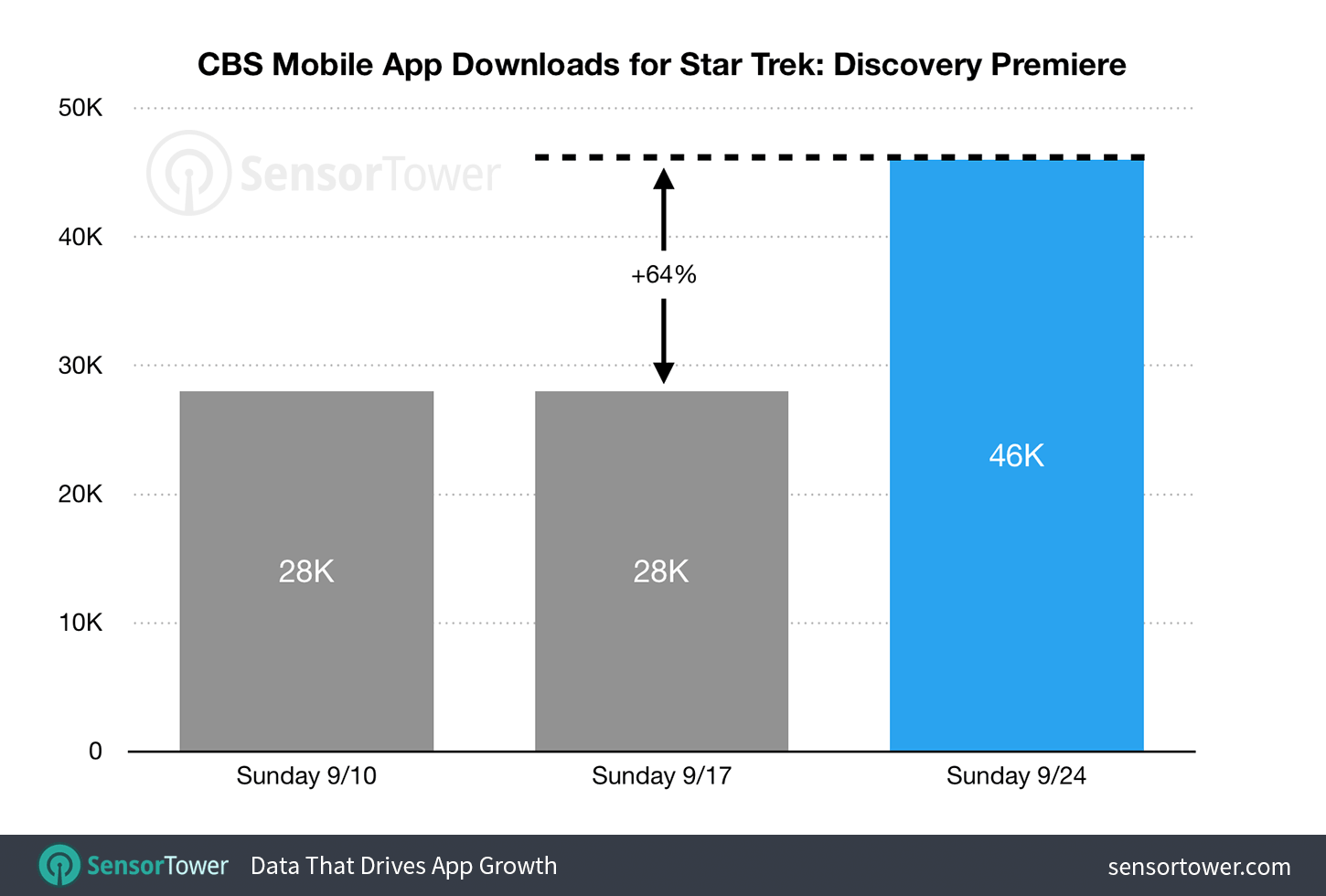 Compared to the preceding two Sundays, downloads of the CBS mobile app grew about 64 percent. We estimate that the app was downloaded approximately 28,000 times across both stores on September 10 and September 17. It should be noted that these figures do not include downloads of the CBS app for set-top boxes, game consoles, and other non-mobile devices.

CBS is offering a one-week free trial of its All Access service, so we will see the revenue impact Discovery has on in-app revenue early next week. The network is no doubt hoping to see a high volume of conversions from trial to paid subscribers to subscribers who remain with the service following Discovery's season one finale, something even HBO has struggled with in the wake of Game of Thrones seasons.