July 16's premiere of the seventh season of Game of Thrones drove HBO streaming traffic to unprecedented levels, and now Sensor Tower Store Intelligence data confirms that new installs of the cable giant's mobile apps also reached record highs for the debut. According to our estimates, July 16 marked the single largest day ever for HBO GO and HBO NOW app installs in the United States, at approximately 222,000 across the App Store and Google Play, an increase of about 14 percent over the previous record of 195,000 set on April 24, 2016, the debut date of Game of Thrones season six.

On a per-app level, new HBO GO installs increased by 11 percent over their previous one-day high of 46,000 to a new record of 51,000. New installs of HBO NOW grew by 14 percent over their previous daily maximum of 149,000 to 171,000. These record installs and double-digit growth come amid a downward trajectory in new downloads of both HBO apps, which, as the chart below illustrates, saw worldwide Q2 2017 installs off by 50 percent compared to Q2 2016. 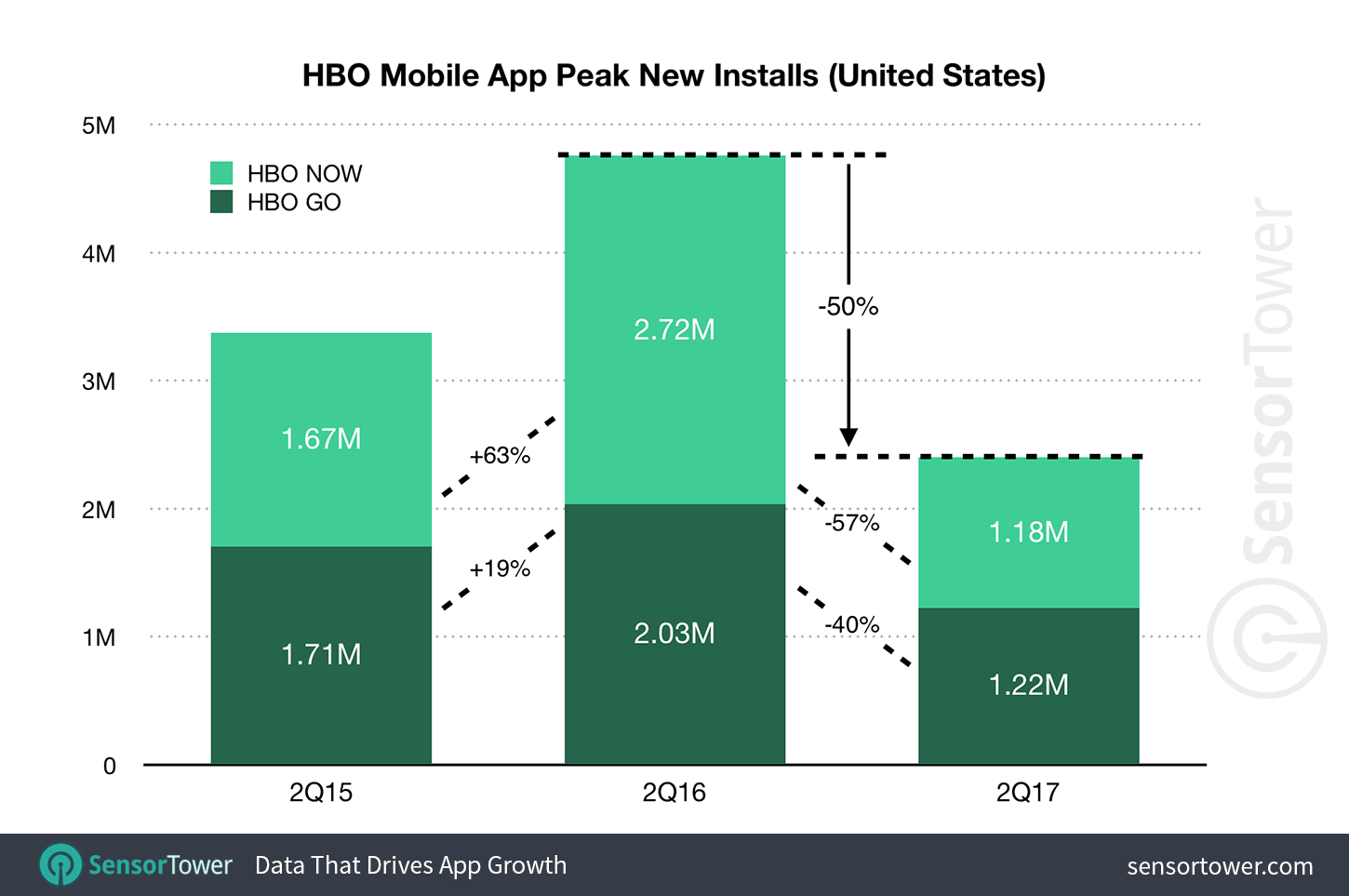 These estimates are for HBO's iOS and Android (Google Play) apps, and the network's content is obviously available via apps for other platforms, including Apple TV, Fire TV, Roku, game consoles, and personal computers. Still, these figures likely represent a strong indication of overall HBO app adoption as it seeks to attract new viewers amid rapidly growing competition from Netflix and its formidable original content offerings.