Celebrity endorsement might seem like a quick way of expanding the user base of your mobile app. But is it really worth it? Aarki recently had the opportunity to examine this question on a long running campaign for one of our gaming clients. Read on for what we learned.

Data for this analysis was randomly polled over several months from a programmatic campaign for the Mobile Strike gaming app. 5.56 million impressions were randomly selected from 55 unique creative variants for this analysis. To minimize the impact of other factors, the variants were pulled from a set that had already gone through several stages of creative optimization.

We used ordinary least squares (OLS) to determine the impact of the celebrity on ad performance.

A binary variable xi was constructed to represent the presence of the celebrity in an ad variant. This variable, which took the value 1 if the celebrity was present in the ad and 0 otherwise, was used as the only explanatory variable in the model.

To get around this challenge, we constructed a latent variable yi* that is continuous and unbounded. This variable was then mapped to CTR using a doubly censored Tobit construct. The translation function is given below, where the lower Tobit bound yL = 0, the upper Tobit bound yU = 100 percent, and yi is the observed CTR.

The latent variable yi* was then modeled against the binary explanatory variable described above using OLS. We also conducted a sensitivity analysis to quantify the impact of the celebrity's presence on CTR. In this study, data was initially manipulated in PostgreSQL and then analyzed in R.

CTR Lift Due to Celebrity Endorsement

The analysis indicates (see Figure 2) that the average CTR for ads with celebrity endorsement is 72.9 percent, compared to only 43.1 percent for ads without endorsement. This represents a 69 percent lift over the control value, which is very significant. 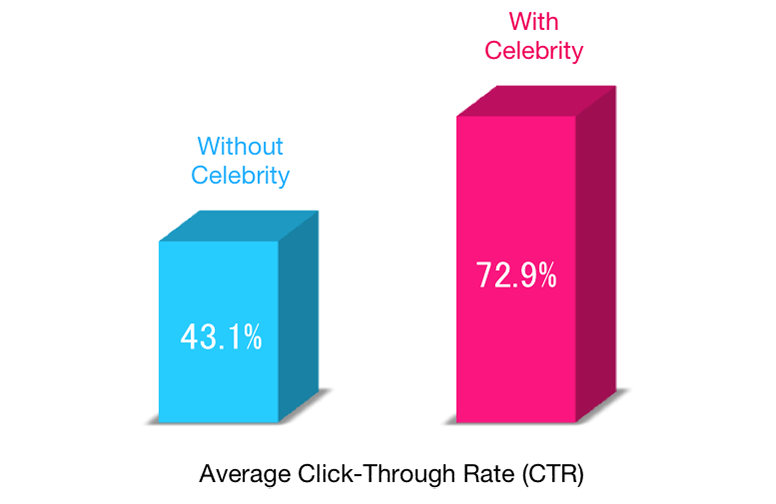 Figure 2: Average click through rate with and without the celebrity.

Figure 3 provides more statistical details on the results of the OLS model. We observed an overall R-Squared value of 81.27 percent indicating a very strong fit for the model. It is important to note that all the creative variants in both the control and the treatment groups had already been optimized for other driving factors. This pre-optimization is also an important factor explaining the high R-Squared value and the high t-statistic for the constant in the model.

Since the dependent variable is a latent variable, the negative sign of the estimated coefficient for the constant should not be a cause for concern. This estimate corresponds to a baseline CTR value (i.e., for the control group) of 43.1 percent.

The t-statistic for "Celebrity Presence" is 1.396, which is statistically significant at the 92 percent confidence interval. And the coefficient for this explanatory variable corresponds to a change in CTR of +29.8 percentage points—the lift due to celebrity endorsement.

This analysis indicates that a significant performance lift can be realized using celebrity endorsement. So it is definitely worth it, provided the cost of the endorsement is not too high and can be distributed across a campaign of significant size.

In this article, we have presented the results of an ordinary least squares regression between the click through rate of an ad unit and the presence of a celebrity in the ad. The results indicate that adding a celebrity to an ad can have a strong positive effect on ad performance—in this case, a 69 percent increase.