In announcing its strong fiscal 2016 performance today, Finnish mobile gaming giant Supercell called its latest title, Clash Royale, "a huge hit". Now, thanks to Sensor Tower Store Intelligence data, we know just how huge it was. Released worldwide on March 2, 2016, the game has grossed in excess of $1 billion globally in less than 12 months. In the following chart, we'll look at just how far Supercell has come since the launch of the original Clash of Clans in 2012, in terms of in-game revenue.

The chart below illustrates how Supercell has built upon its brand and understanding of what keeps mobile gamers engaged—and spending—since the August 2012 worldwide launch of Clash of Clans (at the time only available on iOS). 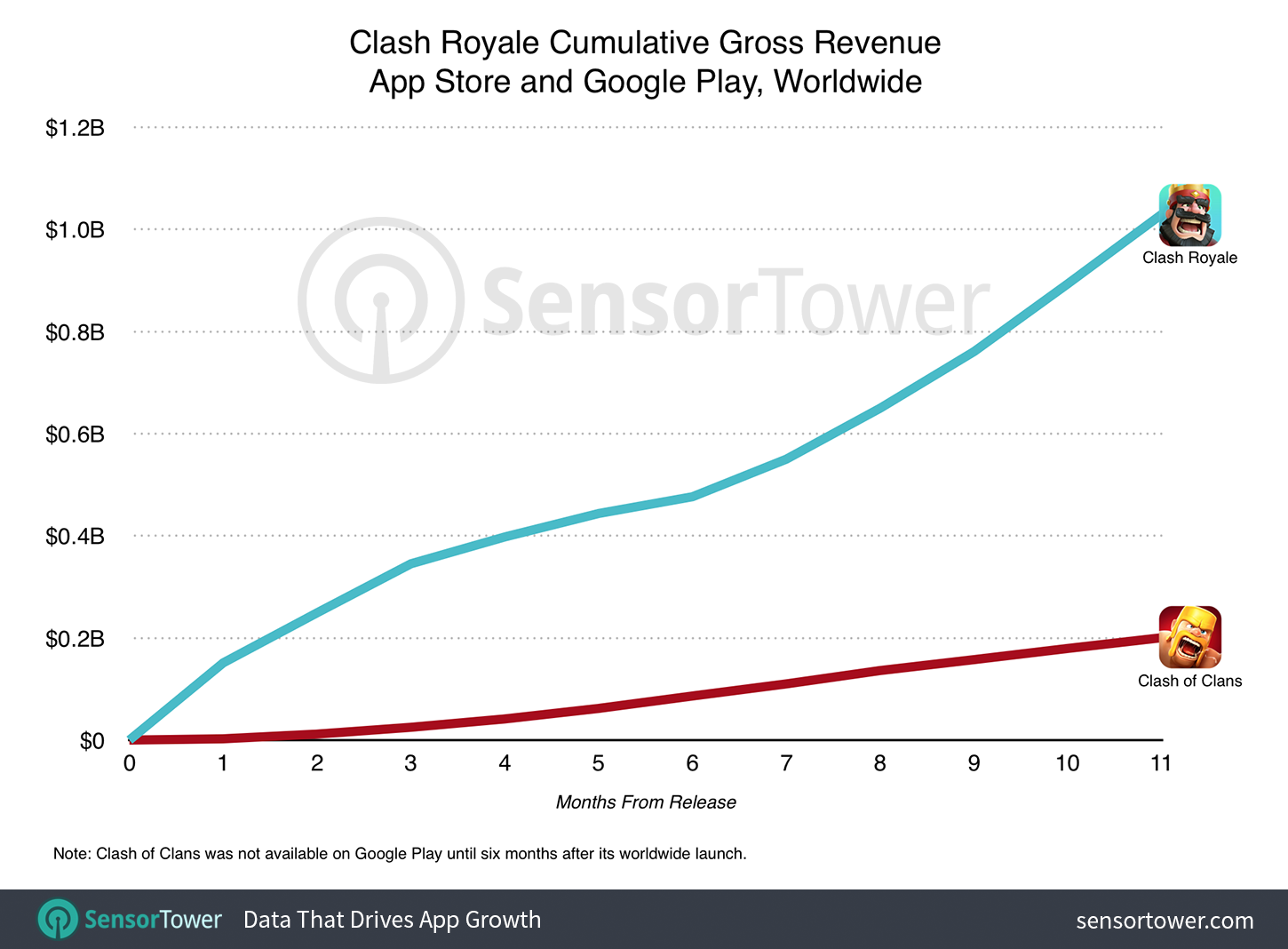 In its first 11 months of availability, Clash Royale has grossed approximately five times as much as Clash of Clans did during the same length of time. Even considering the lack of an Android version of Clash of Clans in its first six months, the difference is staggering—and shows how far not just Supercell, but the ability of free-to-play mobile titles to generate revenue from in-app transactions, have come in four short years.

What may be just as impressive as Clash Royale's major revenue milestone is its ability to remain a consistent top-earner in the increasingly competitive arena of free-to-play mobile games, even against such competitors as fellow billion-dollar earner Pokémon GO.

Supercell's latest took a hit in player spending during the first two months after Niantic unleashed GO last July, but, since September, it hasn't left the top 10 grossing iPhone apps on the U.S. App Store. And with a continual string of new content, special events, and improvements being introduced, it doesn't appear to be giving up ground anytime soon.