The mobile version of Diablo Immortal from Blizzard has surpassed $100 million in global player spending across the App Store and Google Play in less than two months since its launch on June 1, 2022, Sensor Tower Store Intelligence data reveals.

The title has become one of the fastest video game IPs brought to mobile to hit the landmark, taking just eight weeks to reach the milestone. Analyzing other top franchises, Sensor Tower’s IP tags show that Pokémon GO from Niantic took approximately two weeks to reach the landmark figure, while the next fastest after Diablo Immortal, Fire Emblem Heroes from Nintendo, took 10 weeks. 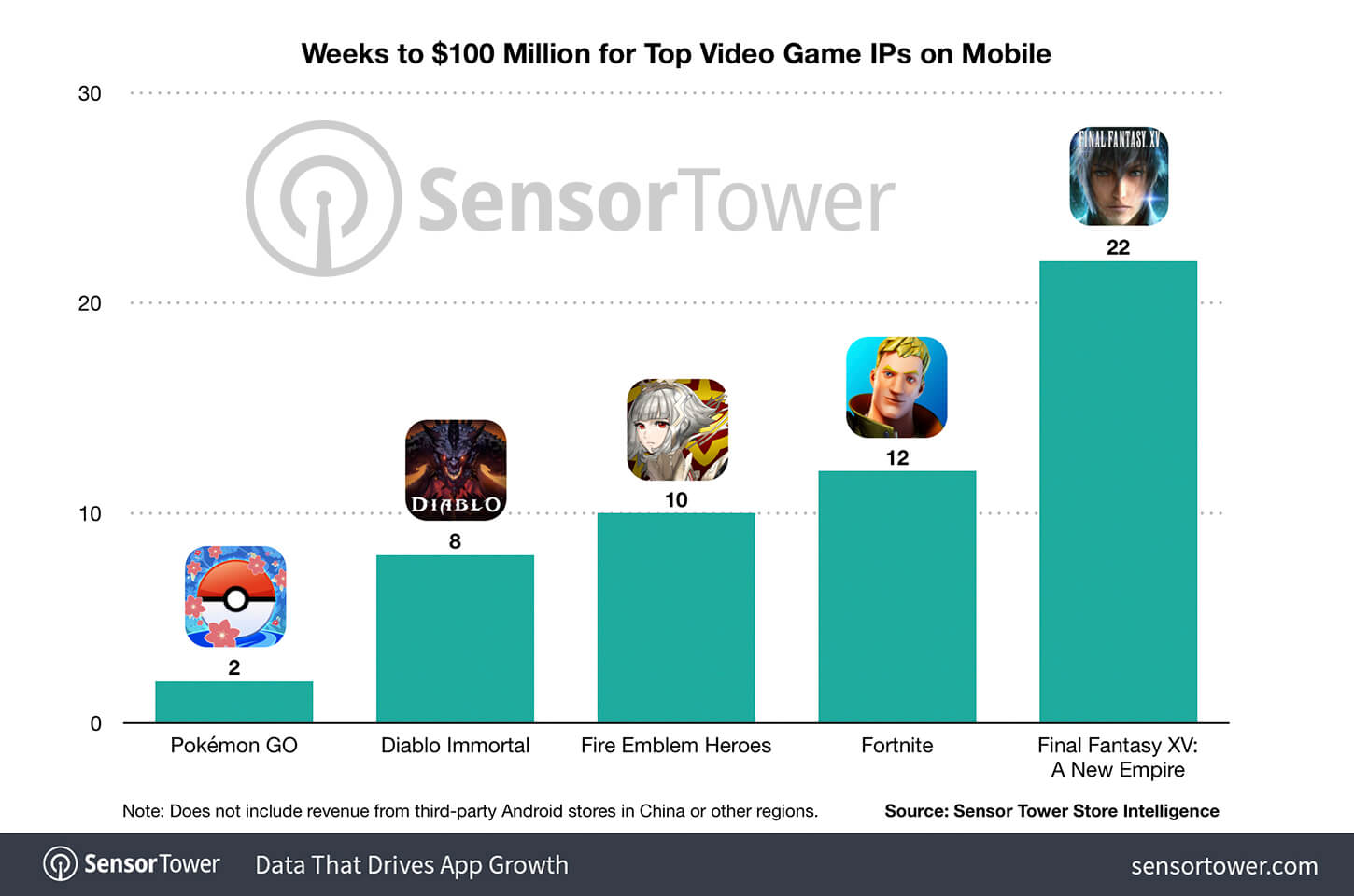 Since its global release, Diablo Immortal has ranked as the No. 13 revenue generating mobile game worldwide. According to Sensor Tower Game Intelligence, during this time it ranked as the No. 4 mobile RPG by player spending globally, and the No. 2 MMORPG, just behind Fantasy Westward Journey from NetEase at No. 1.

On July 25, 2022, Diablo Immortal was published in China by NetEase, and the country has quickly proven to be a strong market for the game. During its first two days of release, Diablo Immortal ranked as the No. 1 most downloaded app across all categories on the Apple App Store in the country. On launch day, it ranked as the No. 3 top grossing game on the marketplace, while on July 26 it ranked No. 2, above PUBG Mobile from Tencent–localized as Game For Peace in China–and below Honor of Kings, also from Tencent, at No. 1.

To date, the United States ranks as the No. 1 country for revenue in Diablo Immortal. South Korea, meanwhile, ranks No. 2, while Japan ranks No. 3. The App Store accounts for approximately 59 percent of total global player spending, while Google Play represents about 41 percent.

While Blizzard has had previous success in bringing Hearthstone to mobile, Diablo Immortal remains a significant release for the company at a time when the world’s largest PC and console publishers are eyeing up the platform. In 2019, Activision launched Call of Duty: Mobile, in partnership with Tencent’s Timi Studios, which has since surpassed $1.5 billion in player spending, while other publishers such as EA and Riot Games are also bringing big IPs like Apex Legends Mobile and League of Legends: Wild Rift  to the space. Diablo Immortal’s early success has proven its IP has wide reach, but it remains to be seen whether the title can maintain its momentum for the long-term.