Disney's freshman foray into the subscription video on demand space, Disney+, has expanded the media giant's footprint on mobile past another major milestone, Sensor Tower Store Intelligence data shows. According to our latest estimates, the service's mobile app, launched on November 12, 2019, has been installed by more than 50 million App Store and Google Play users to date across all available markets. This comes following a record first month which saw more than 20 million mobile users adopt the app in just 30 days. 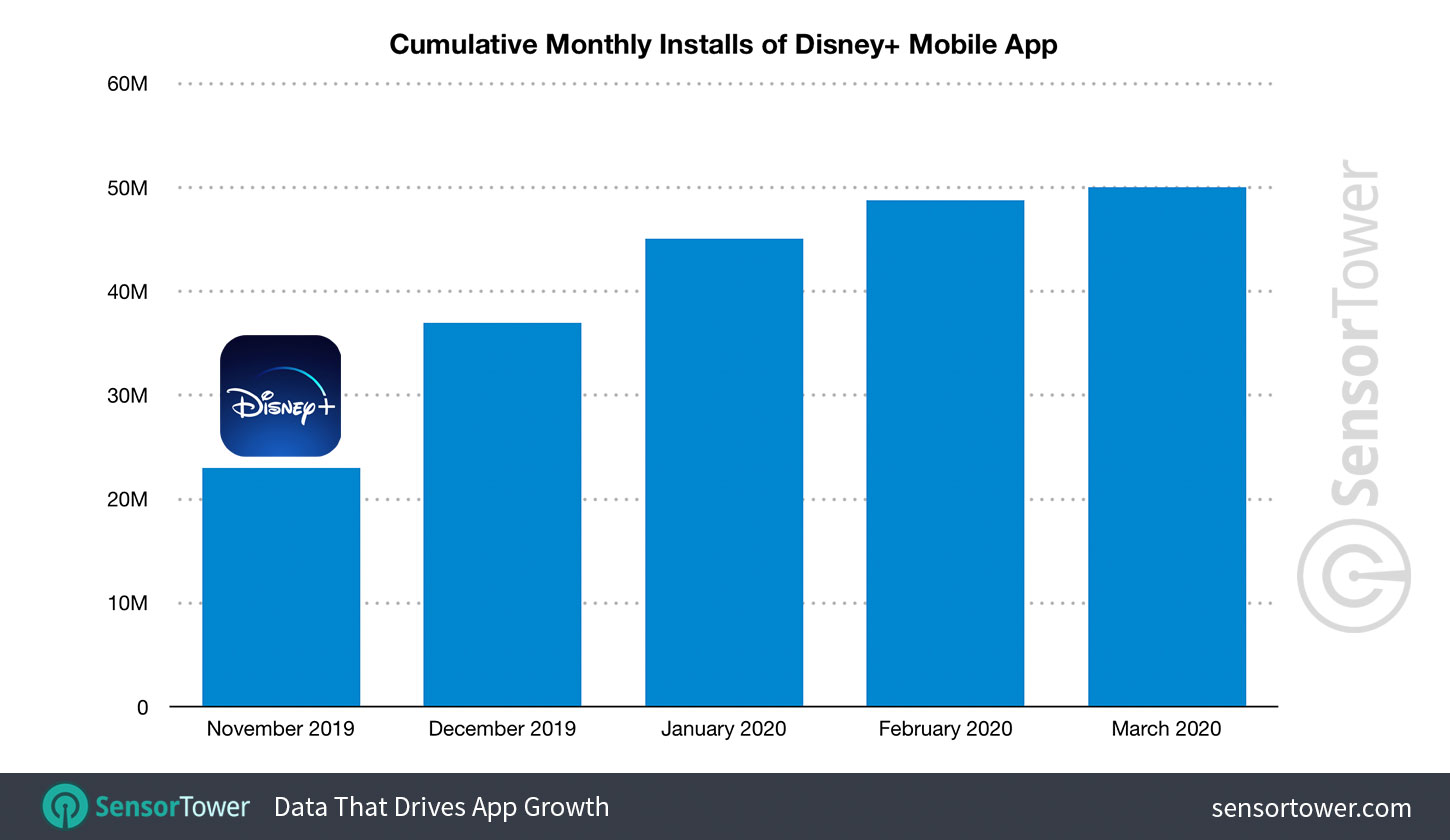 Installs of the Disney+ mobile app have, as is to be expected, been concentrated in the United States—its largest available market—thus far, with the country accounting for more than 80 percent of its first-time users. The U.S. market also represents more than 80 percent of in-app subscription revenue for Disney+ to this point, with user spending having surpassed $170 million according to our estimates.

The record growth of Disney+ comes despite the service launching with a relatively narrow lineup of marquee original content and diminished buzz around its flagship offering, The Mandalorian, which wrapped its first season more than two months ago. In comparison, HBO's rival app, HBO Now, saw 2.4 million installs in the U.S. market during the same amount of time following its April 6, 2015 launch, compared to the more than 40 million Disney+ received. HBO Now arrived in tandem with the fifth season of HBO's immensely popular original, Game of Thrones, although it was not exclusive to the service.

As new original, serialized content from Disney-owned Marvel Studios comes onboard, beginning with The Falcon and The Winter Soldier in August, we expect a considerable new influx of users to the service across all platforms, including mobile. This should be further bolstered by the arrival of The Mandalorian's second season in October. Disney+ user numbers also stand to benefit from the debut of LucasFilm's Star Wars: The Rise of Skywalker on the service later this year.