Globally, the service’s mobile app was installed 21 million times in the last month, with European countries making up 74.5 percent of all downloads. Other countries Disney+ is currently available in include the United States, Canada, Australia, and New Zealand.

Analyzing just European markets, Great Britain accounted for approximately 25 percent of all downloads over the last month. Germany was No. 2 with about 20 percent of installs, while France—where the app only launched on April 7 at request of the government, due to the COVID-19 pandemic over internet stability concerns—ranked No. 3 with 20 percent of the total. The Netherlands, where Disney+ has been available since 2019, was the app’s smallest market with 1 percent of all downloads.

Comparatively, Disney+ accumulated 28 million installs globally in the month after it debuted in the U.S. and Canada. 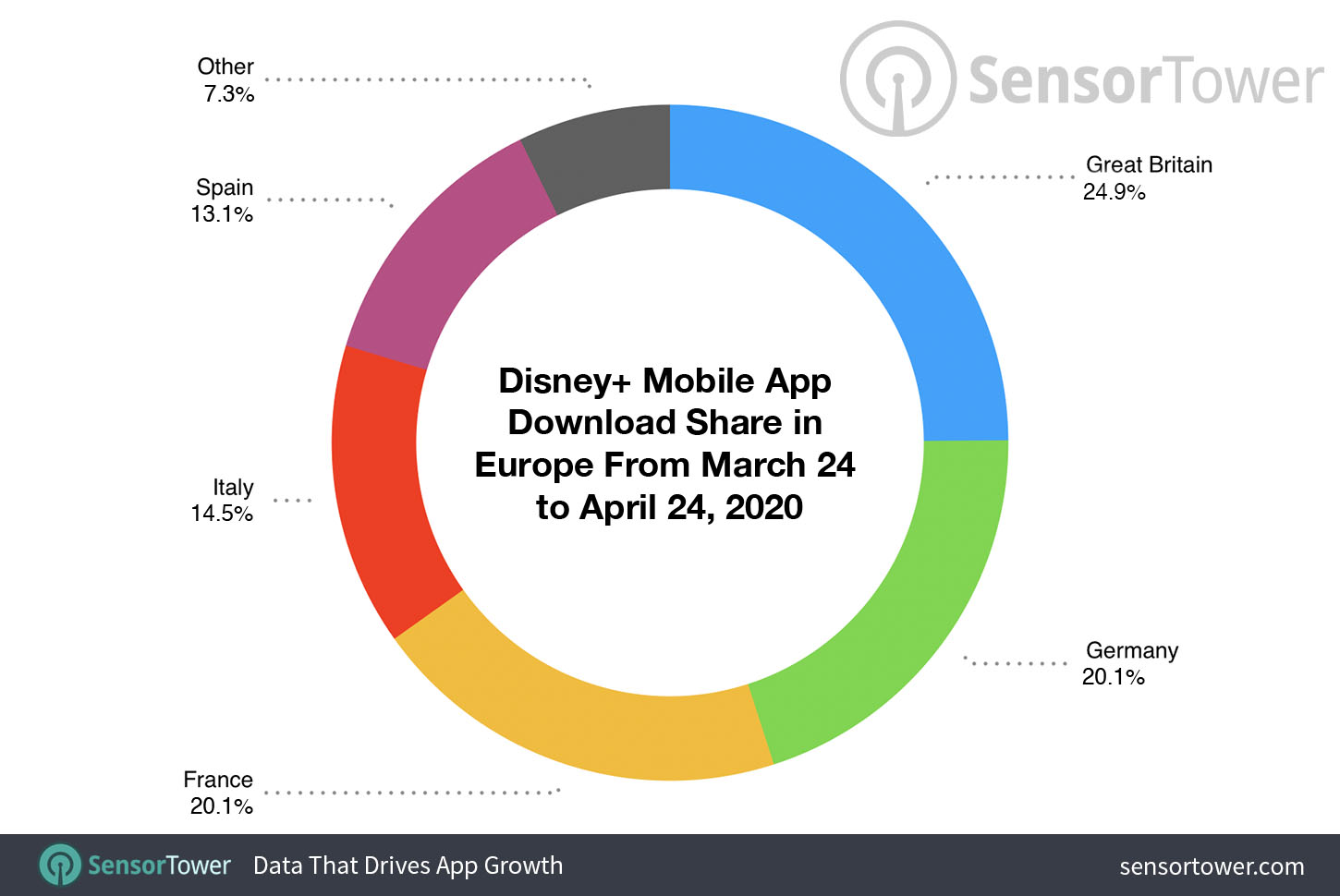 The majority of installs came from Google Play, which accounted for 53.4 percent of all downloads. The App Store, meanwhile, generated 46.6 percent of all installs.

Great Britain and Germany Tune Into The House of Mouse

Great Britain ranked top in Europe for revenue over the last month, making up 24.2 percent of user spending. Germany ranked No. 2 with about 22 percent, while Italy ranked No. 3 with 11.6 percent. Despite launching on April 7, France still ranked No. 4 with 11.4 percent of all European revenue.

The lion’s share of revenue came from the App Store, which generated 63.4 percent of user spending. Google Play accounted for 36.6 percent of total revenue.

Globally, Great Britain and Germany ranked as the No. 2 and No. 3 highest-grossing countries for Disney+ mobile spending in the past month, accounting for approximately 8 percent and 7.2 percent of revenue, respectively. The U.S. still topped the revenue rankings by country, however, generating 56.7 percent of all user spending for the month.

While the launch of Disney+ in Europe’s key markets hasn’t been as large as in Disney’s U.S. homeland, the region has still proven considerably lucrative. Over the last month, out of the 13 markets Disney+ is currently available in, European countries generated 32.5 percent of all mobile spending in the app. If Disney is able to maintain these subscribers and add new users over time, it could prove to be a serious contender to leading services such as Netflix in the region.