Entertainment apps were installed nearly two billion times in the first quarter of 2019, including 1.48 billion on Google Play and 491 million on the App Store. This was an increase of 18 percent year-over-year from 1Q18. Continue reading for the download trends from 2016 to 2019 for the App Store and Google Play. App download estimates are from Sensor Tower’s Store Intelligence platform and this is the first in a series of excerpts from our State of Entertainment Apps report, available exclusively to our enterprise customers. 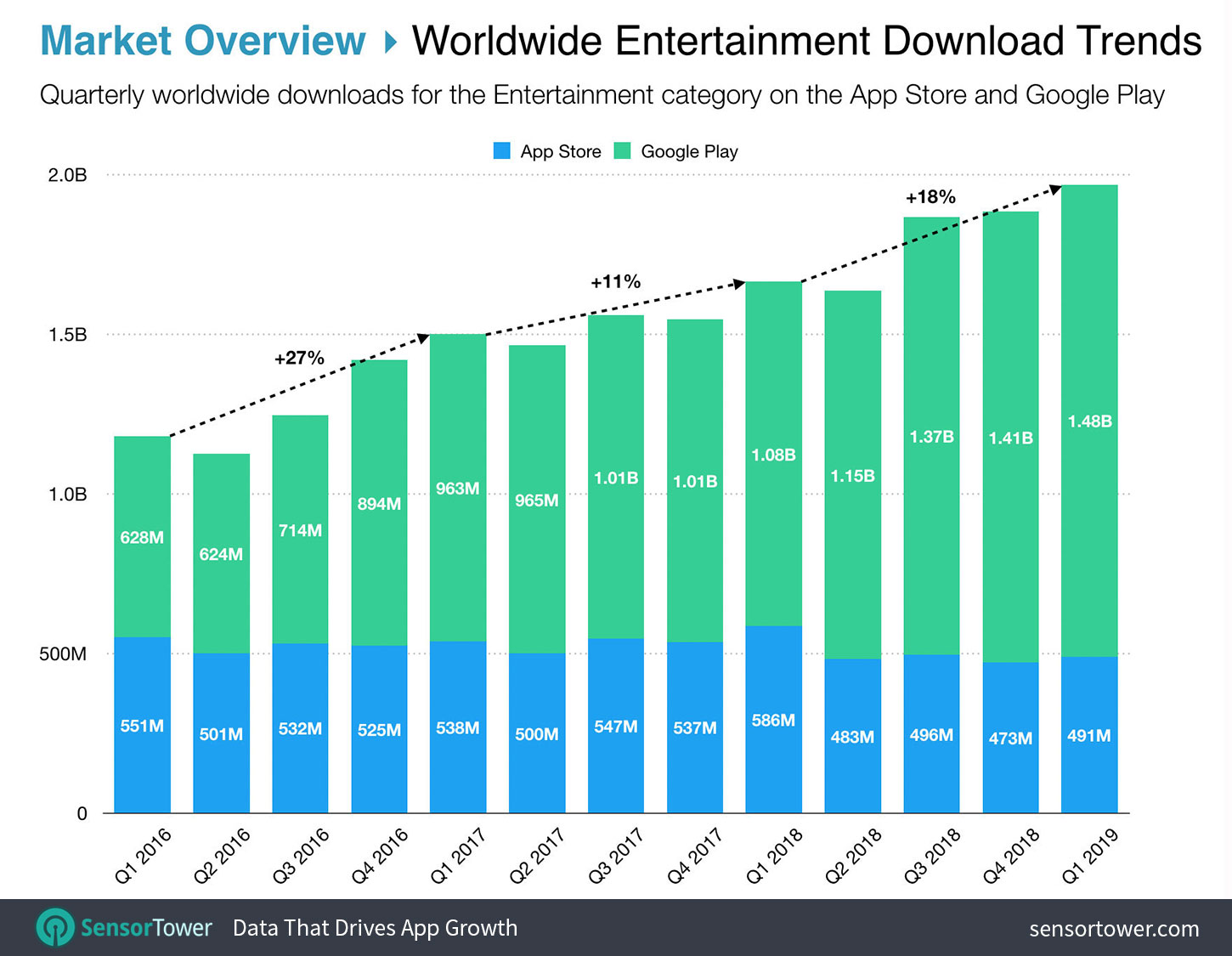 Entertainment apps had steady growth since 2016 on Google Play, with a compound annual growth rate of 33 percent. Downloads of these apps reached nearly 1.5 billion in 1Q19, up 37 percent compared to 1Q18. Entertainment app growth was strong in many of the fastest growing markets on Google Play, such as India, Brazil, and Indonesia. Downloads increased by more than 20 million Y/Y in each of these countries, as well as in Russia and Mexico.

Both YouTube and Netflix consistently ranked at No. 1 and No. 2, respectively, with the most new installs worldwide each year from 2016 to 2018, as well as in Q1 2019. Hotstar, MX Player, and YouTube Kids were in the top five ranked entertainment apps worldwide in Q1 2019. YouTube Kids climbed seven spots to the No. 5 rank in Q1 2019, while ZEE5 appeared in the top 10 Entertainment apps for the first time last quarter. 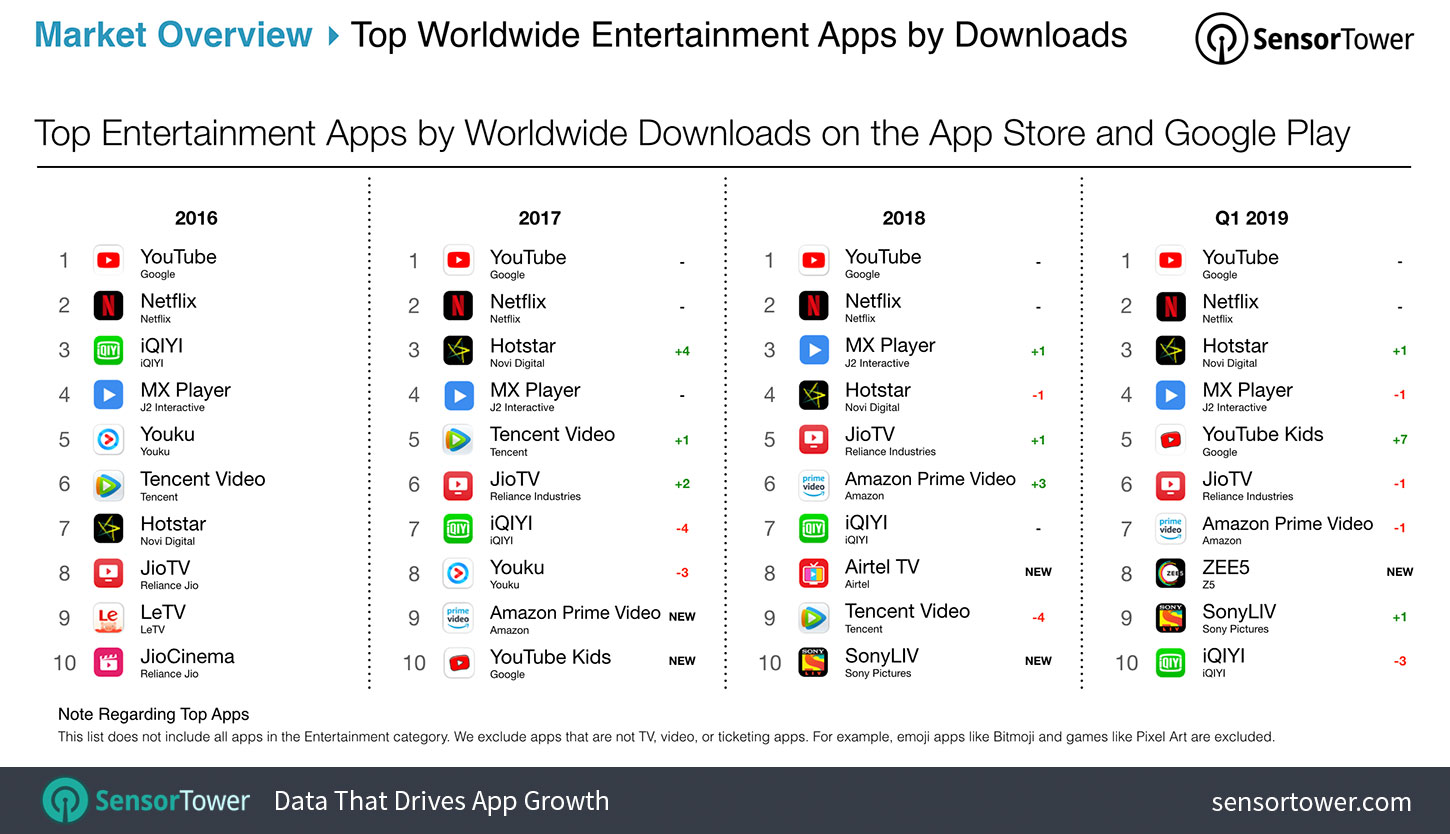 Store Intelligence users can see revenue and download estimates for the above apps and countries in addition to historical performance metrics on the Sensor Tower platform. Our estimates include worldwide downloads for the App Store and Google Play between Jan. 1, 2016 and Mar. 31, 2019. Apple apps and Google pre-installed apps are excluded. We report unique installs only. Android estimates do not include third-party stores. Figures represent aggregate installs of all app versions, ex: Facebook and Facebook Lite.