Fate/Grand Order from Sony’s Aniplex continues to be one of the world’s most lucrative mobile games, having just surpassed $4 billion in lifetime player spending according to Sensor Tower Store Intelligence estimates.

The fantasy RPG has been a smash hit ever since its release in 2015, becoming one of the most successful mobile games of all time–following in the footsteps of other Japanese blockbusters such as Puzzle & Dragons from GungHo Online Entertainment and Monster Strike from Mixi.

Aniplex’s title still has a way to go to match those juggernauts, however. Since January 1, 2014, Puzzle & Dragons has generated more than $4.6 billion in gross revenue, while Monster Strike has accumulated north of $7.8 billion in user spending.

In Fate/Grand Order’s first year, the game generated $110.7 million. In 2018, it surpassed $1 billion from user spending for the first time, again achieving that milestone in 2019. Last year also marked the first time that the title was the top-grossing mobile game in Japan, usurping 2018 leader Monster Strike. 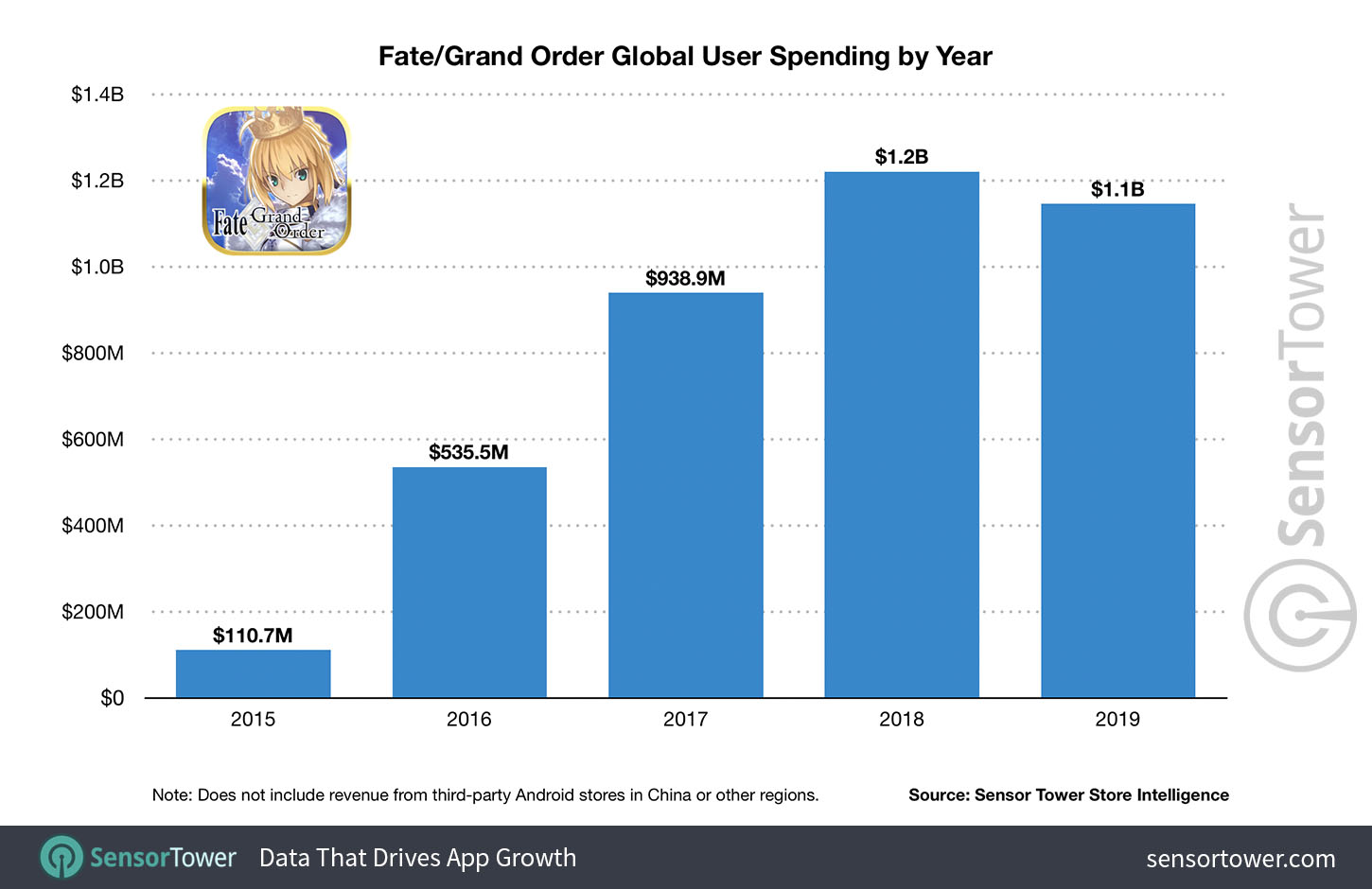 The vast majority of the game’s sales have emanated from Japan, where it has accumulated close to $3.3 billion, or 81.5 percent of all its user spending. It’s also proven a success in China, the title’s second highest-grossing market, racking up just under $416 million in revenue there to date, or 10.4 percent of its total revenue. The United States ranked No. 3 for all-time player spending, generating $151.8 million, or 3.8 percent.

The App Store accounted for the majority of downloads, picking up 8.3 million installs, or 60.4 percent of the total. Google Play, meanwhile, generated close to 5.5 million downloads, or 39.6 percent of all installs.

Fate/Grand Order has proven once again just how lucrative major mobile RPGs—or games that fuse together elements of this genre with another—can be in the Japanese market. These games have the ability to generate significant revenue from the country’s biggest spenders, while requiring relatively few downloads. Now generating more than $1 billion a year from players, Sony’s hit looks set to continue to be a heavyweight in mobile gaming for the foreseeable future.