The RPG is the first of the console giant’s mobile games to hit the milestone, accounting for 54.5 percent of its total mobile revenue to date. Mario Kart Tour, Nintendo’s last release on the platform, ranks as Nintendo’s No. 2 top grossing title, picking up $282 million, while Animal Crossing: Pocket Camp ranks No. 3 with $281.6 million. 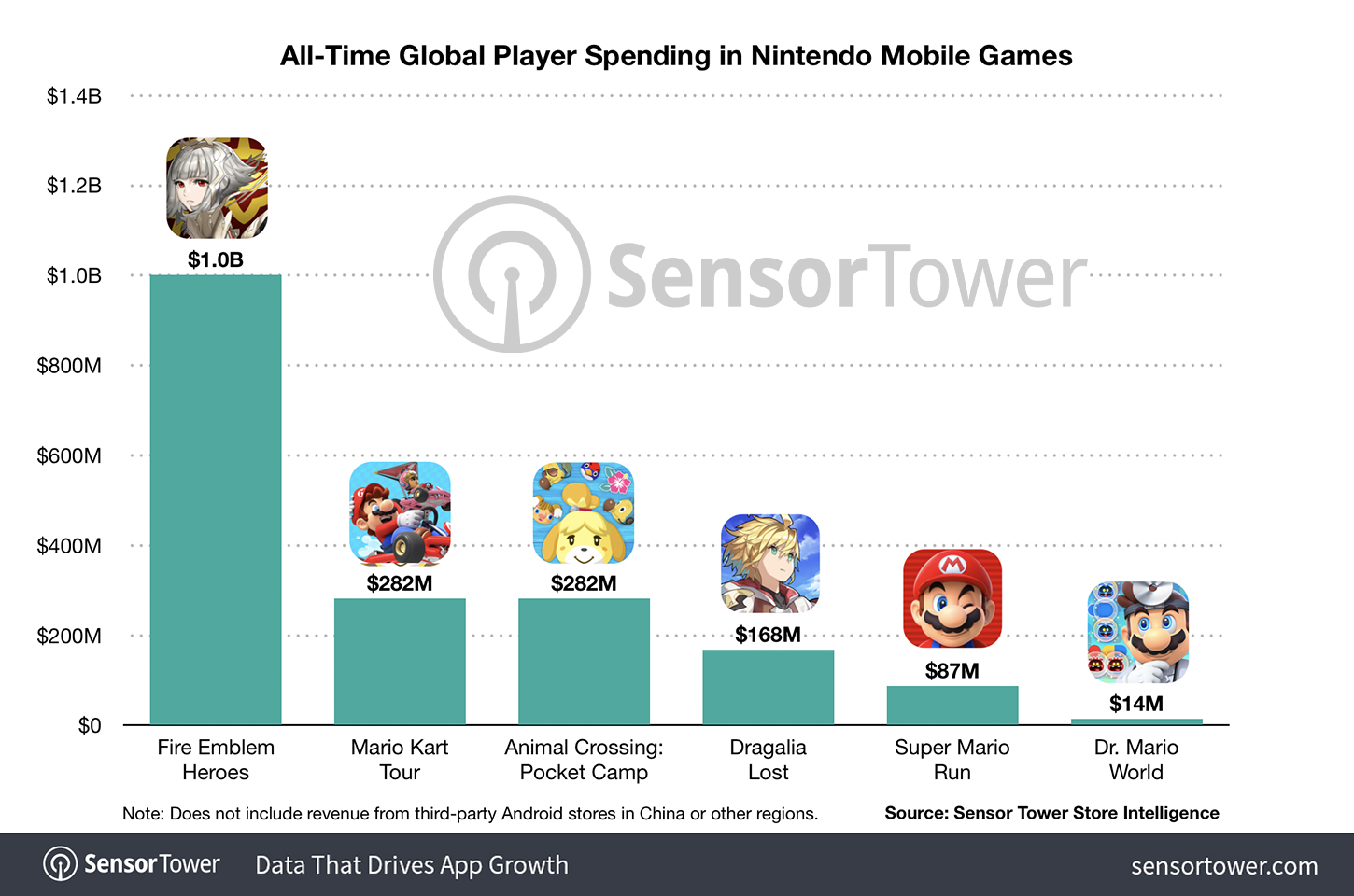 During Q1 2022, Fire Emblem Heroes continued to be Nintendo’s top revenue generating mobile game, accumulating more than $29 million from global player spending, or 50.7 percent of total revenue. That’s despite only generating 121,000 new downloads during the quarter, representing less than 1 percent of Nintendo’s mobile game installs. According to Sensor Tower Game Intelligence, meanwhile, the title ranked as the No. 18 revenue generating mobile Squad RPG worldwide in Q1, above titles such as Mobile Legends: Adventure from Moonton and Pokémon Masters EX from DeNA. 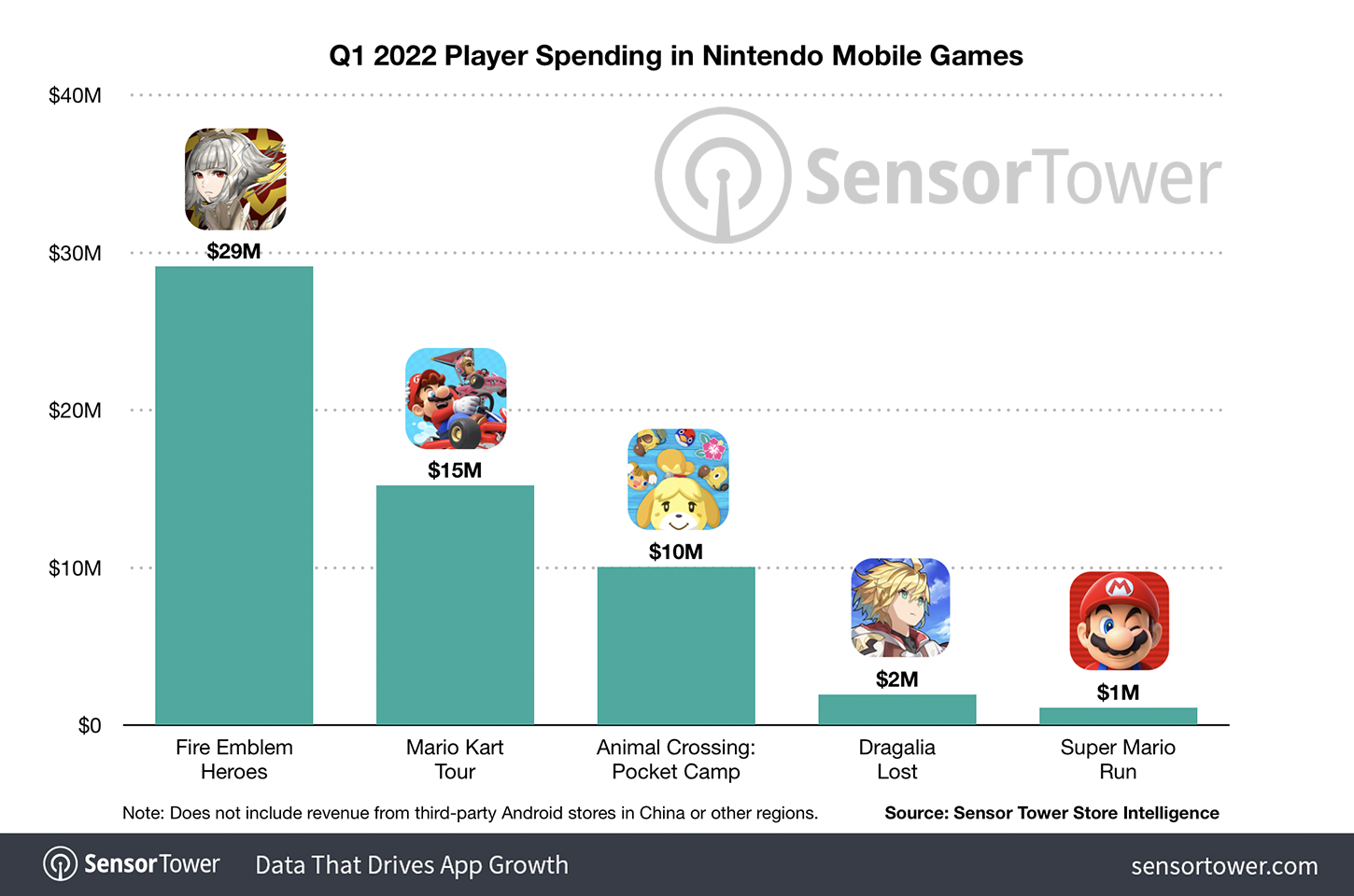 Japan has proven to be Fire Emblem Heroes’ most lucrative market, with the title generating $540.6 million in the country, or 54 percent of total player spending. The United States ranks No. 2 with 32.4 percent of revenue, and Canada ranks No. 3 with 3.2 percent.

Google Play accounts for the majority of global revenue, accumulating $583.7 million, or 58.3 percent. The App Store, meanwhile, accounts for $417.3 million, or 41.7 percent of player spending.

Japan also ranks No. 1 for downloads, racking up 8.4 million downloads to date, or approximately 47 percent of the total. The U.S. ranks No. 2 with close to 26 percent, while France ranks No. 3 with 3.2 percent.

The App Store and Google Play share an even split of downloads, accounting for 50 percent apiece.

Nintendo’s mobile games have generated a combined sum of more than $1.8 billion from player spending worldwide to date. As the company’s second mobile release following Super Mario Run–not including social app Miitomo–Fire Emblem Heroes continues to lead the way as its flagship title on the platform. It’s been nearly three years since Nintendo launched a new mobile game, having released Mario Kart Tour back in September 2019. With the Nintendo Switch proving highly successful and a Mario movie on the way, it seems the company's sights are firmly set elsewhere, and it could be many years before another mobile title from the firm reaches the same heights as Fire Emblem Heroes, if at all.