Tencent's mobile version of the hit PC and Xbox One "battle royale" game PlayerUnknown's Battlegrounds (PUBG) debuted outside China around the same time as Epic Games' Fortnite in mid-March—however, unlike its rival, it only began offering in-app purchases a week ago. Now Sensor Tower Store Intelligence data offers the first glimpse at how the game is monetizing compared to its largest competitor.

According to our estimates, players outside China spent approximately $700,000 in the iOS version of PUBG Mobile—the only platform Fortnite is currently available on—during its first week with IAPs available. This was about one-fifth of the estimated $3.7 million spent in Fortnite in the same set of countries during its initial seven days on Apple's platform. In all, we estimate PUBG Mobile earned about $1 million in its first week across both platforms, outside China. 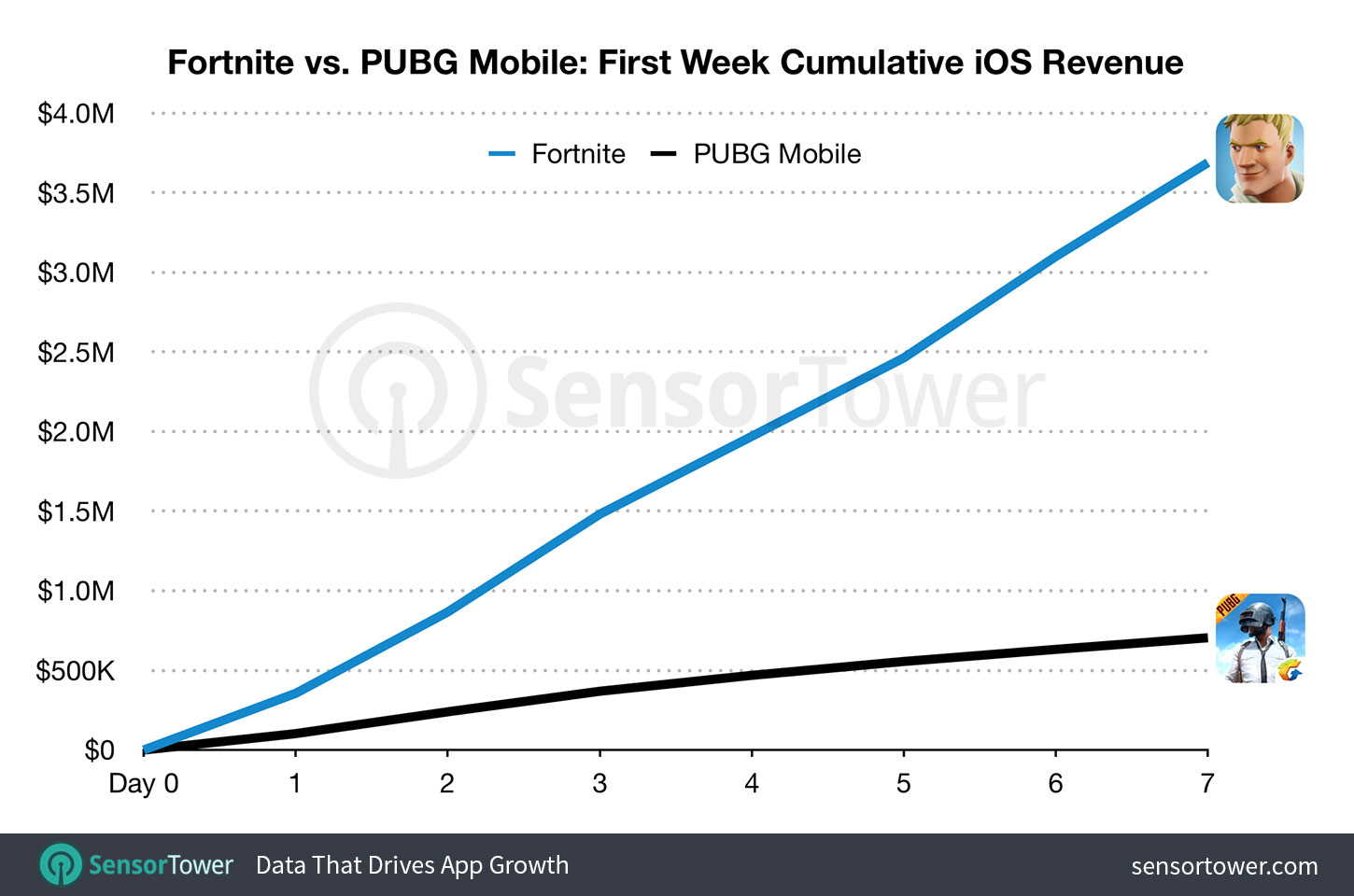 The majority of PUBG Mobile's revenue so far (about 48 percent) has come from players in the U.S. Rounding out the remainder of its top five countries for revenue are Thailand (7 percent), Great Britain (5 percent), Canada (4 percent), and Russia (3 percent).

By the time PUBG Mobile began monetizing a week ago on the App Store, it had already been installed by approximately 22 million iOS players outside China. By comparison, Fortnite had only 3.7 million downloads during its first seven days and was only accessible to a smaller portion of those during its invite-only launch event, so it was earning substantially more revenue on a significantly smaller player base.

Both games offer players a selection of cosmetic items that can be purchased using in-game currency that is purchased using real money ("Unknown Cash" in PUBG Mobile and "V-Bucks" in Fortnite). Fortnite is more popular on PC and console than PUBG at present and that, coupled with the fact that purchases made in the game on mobile carry over to other platforms' versions, may be helping its iOS revenue. 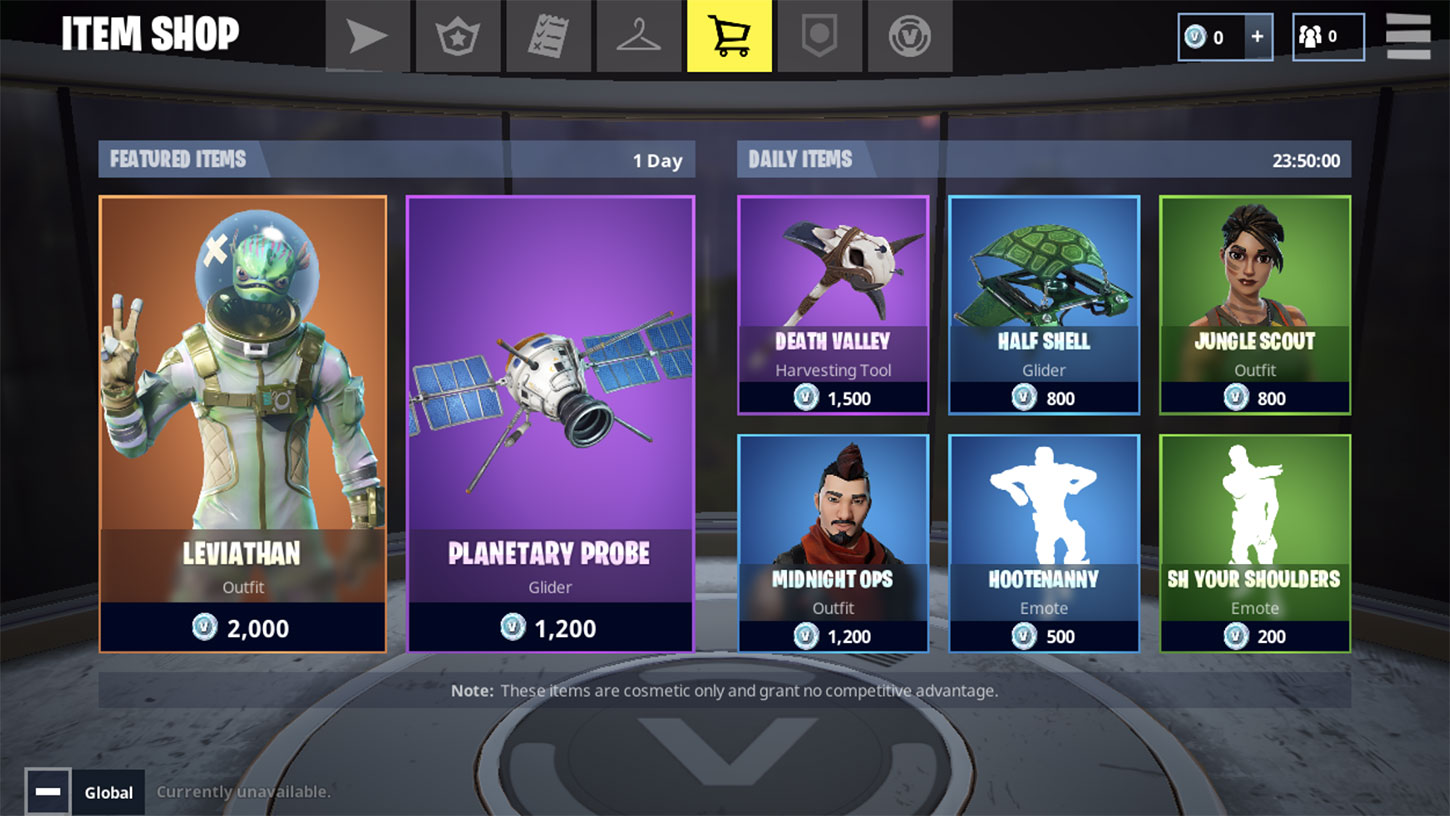 There's also the possibility that the way Epic Games has structured its purchases may be giving Fortnite a leg up on its biggest competitor. As seen in the screenshot above, it offers limited-time costumes and set daily items that players can purchase outright, as opposed PUBG Mobile's primary use of loot boxes that produce random (and often duplicate) items when opened by players. Fortnite also offers a Battle Pass for the equivalent of $10 that rewards players with additional items as they complete challenges and level up during each of the game's seasons.

These are still obviously early days for PUBG Mobile's economy and Tencent is likely to make many changes to how it monetizes players in the game. That said, we'll be taking another look at how both games stack up on this front as their paid aspects evolve in the coming months.