Last week, Nintendo revealed a $10 price point for its upcoming paid-app-in-free-app's-clothing, Super Mario Run. This premium pricing, not to mention the decision to eschew a free-to-play monetization model for the game, has raised eyebrows among developers and consumers alike given the success—both in downloads and revenue—of free-to-play games versus their paid counterparts on the App Store in 2016. But just how rare is the premium approach Nintendo is taking based on actual data? The numbers might surprise you.

Once the Norm, Paid Games are Now a Rarity

Sensor Tower research, based on data from our Store Intelligence platform, shows that a overwhelming 92 percent of all iOS games released in Q3 2016 were free or free-to-play. That places Super Mario Run among the remaining 8 percent of games that are premium in nature, a class of app that is becoming more rare with each passing quarter according to our research. As shown in the chart below, Nintendo's paid approach to monetizing the game might have been less controversial in 2012; in Q1 of that year, free and paid games were almost equally common, at 56 and 44 percent of all iOS games released in that quarter, respectively. 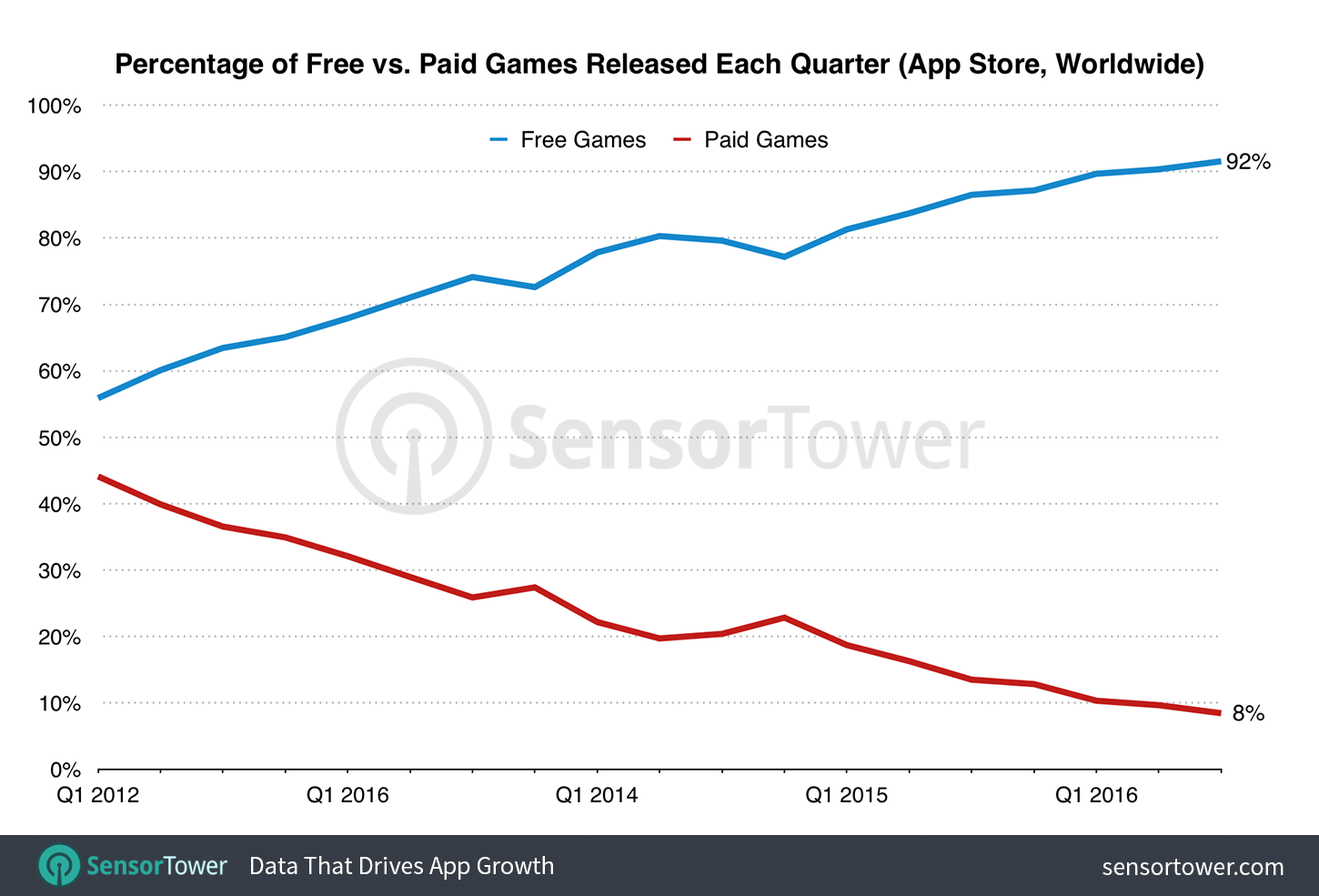 Most Publishers are Following the (Monetization) Leaders

In the next chart, we've visualized the divergence between free and paid games released since 2012 in terms of quarterly apps added. 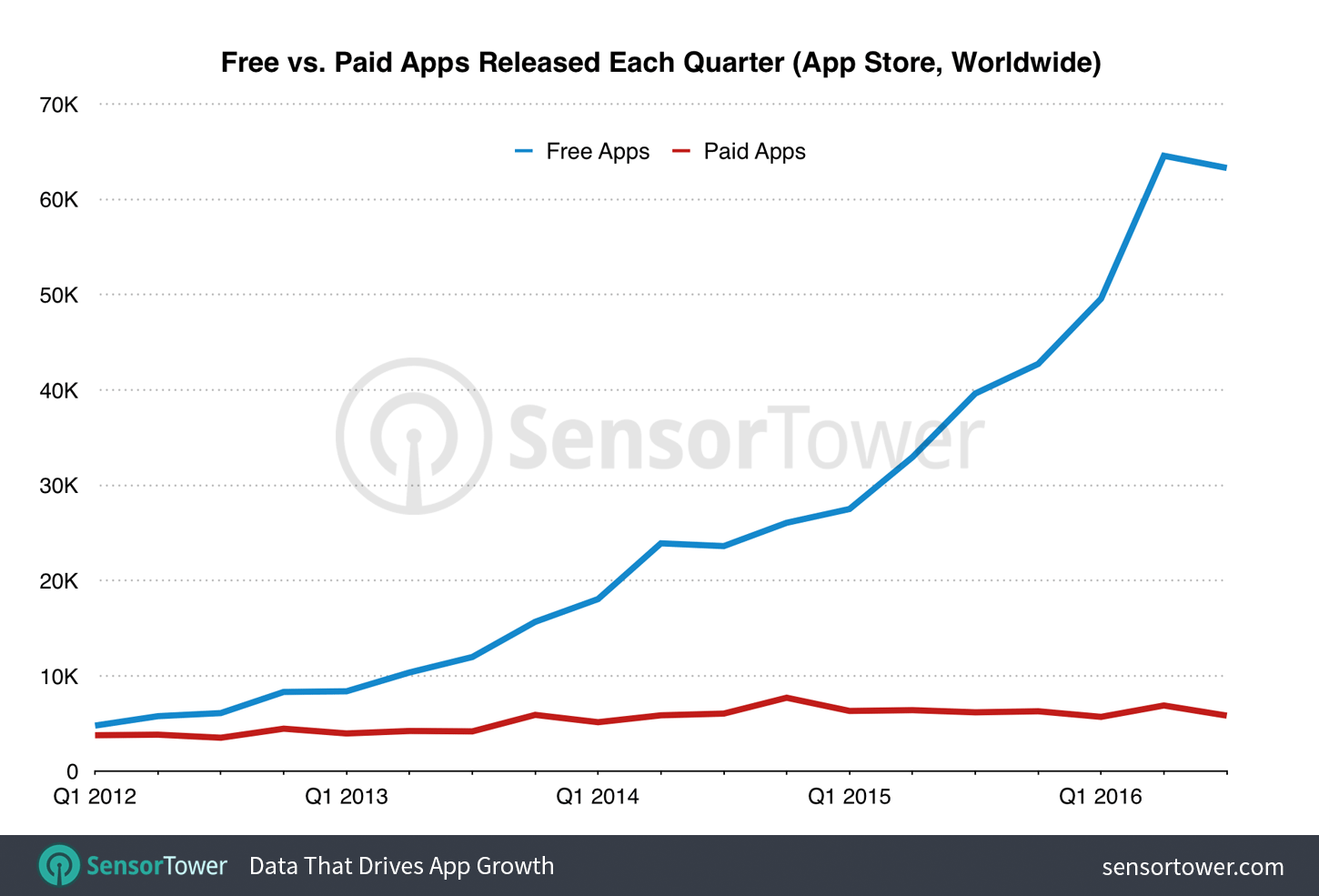 Nintendo Is Doing Things Its Own Way

By betting on consumer affinity for the Mario IP and the perceived quality of its gameplay experience to sell a $9.99 IAP, Nintendo has placed its first mobile game among a group of apps that is growing increasingly smaller compared to the vast majority of iOS games released each quarter. It's a drastically smaller group when you consider free games that must convert "demo" downloads to "full versions" through IAP.

In no way are we suggesting that Super Mario Run doesn't stand to earn Nintendo significant revenue following upon its release next month, but in light of the overwhelming dominance that games with free to play monetization models hold over the Top Grossing charts, we don't expect Super Mario Run to compete with the likes of Pokémon GO, Candy Crush Saga, or other top-earning games with regard to long-term revenue performance.

In fact, Minecraft: Pocket Edition ($6.99), the U.S. App Store's most downloaded paid app as of this writing—and a frequent holder of the No. 1 paid spot—is currently the No. 44 grossing app on the store. Not only is it a paid app, but it also features in-app purchases for additional content such as character skins (Super Mario Run will not derive ongoing revenue from additional IAPs). Additionally, only five games priced at $9.99 or higher are even ranked in Top Grossing on the U.S. store (out of more than 1,400 apps), although none of them feature IAPs.

Needless to say, we'll be watching the Super Mario Run launch closely, and will be back soon with more analysis of Nintendo's approach to monetizing its first mobile game.