Mobile games based on the Harry Potter IP have generated a combined $1 billion from player spending worldwide across the App Store and Google Play, Sensor Tower Store Intelligence data reveals.

The highest revenue-generating mobile title to utilize the license is Harry Potter: Hogwarts Mystery from Jam City, which has accumulated more than $400 million in revenue since its release in April 2018. The No. 2 top grossing title based on the franchise is Harry Potter: Magic Awakened from NetEase with approximately $358 million. The title is currently only available in select markets such as China, where 90.6 percent of its revenue is generated, as well as Taiwan, Hong Kong and Macau. 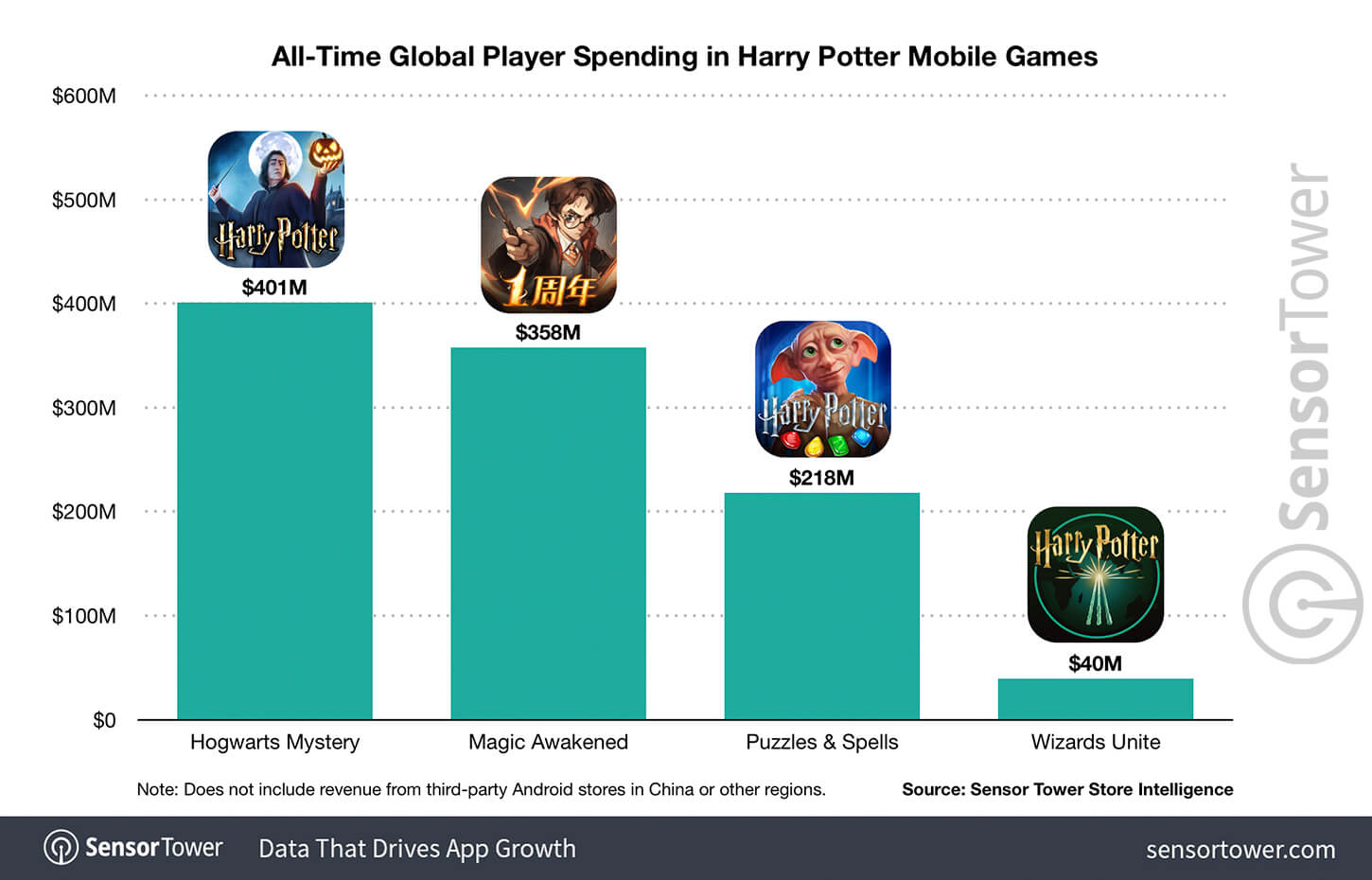 According to Sensor Tower Game Intelligence, Harry Potter: Magic Awakened ranked as the No. 31 revenue generating IP-based mobile title worldwide between January 1 and September 30, 2022, accumulating $85.4 million. It ranked above titles such as FIFA Online 4 M from Nexon and Game of Thrones: Conquest from Warner Bros. Analyzing just titles based off of book licenses, Magic Awakened ranked No. 1 by player spending during the period, followed by Puzzles & Spells at No. 2 and Hogwarts Mystery at No. 3. Sherlock from G5 Entertainment and Peter Rabbit: Hidden World from Poppin Games round out the top five at No. 4 and No. 5, respectively.

When it comes to downloads, Harry Potter mobile titles have accumulated more than 156 million installs worldwide to date across the App Store and Google Play. The U.S. ranks as the No. 1 country by downloads, picking up 31.8 million installs, or approximately 20 percent of the total. China ranks No. 2, while Brazil ranks No. 3.

Since the launch of the first book, The Philosopher's Stone, in 1997, Harry Potter has become one of the most successful entertainment franchises in the world, spawning a series of sequels, films, attractions and video games. Not every mobile game entry has been a hit–particularly when matched with the popularity of the license–but the IP has shown it has the power to generate publishers hundreds of millions of dollars in both Eastern and Western markets. However, revenue for Harry Potter games was down by 32 percent year-over-year during the first three quarters of 2022, suggesting that even the wizarding world is not immune to wider industry challenges, and that the current crop of titles have perhaps peaked–at least in currently available markets.