Retail analysts are suggesting that the holiday 2016 shopping season may have been the best in years. Sensor Tower Store Intelligence shows that consumer spending in apps over the Christmas weekend was also significantly up compared to the same period in 2015, growing approximately 52 percent from $330 million to $500 million worldwide. The following charts visualize this year-over-year growth in both overall worldwide gross revenue and on a per-platform basis in the United States.

More than 87 percent of gross revenue earned by apps worldwide on the App Store and Google Play during the period we analyzed (December 24 through 26) came from mobile games, totaling approximately $439.5 million. Gross revenue from games mirrored overall YoY growth at 52 percent, up from approximately $289 million in 2015. Non-games gross revenue also grew significantly over the 2015 period at approximately 48 percent, totaling $61.2 million, compared to $41.3 million one year earlier. 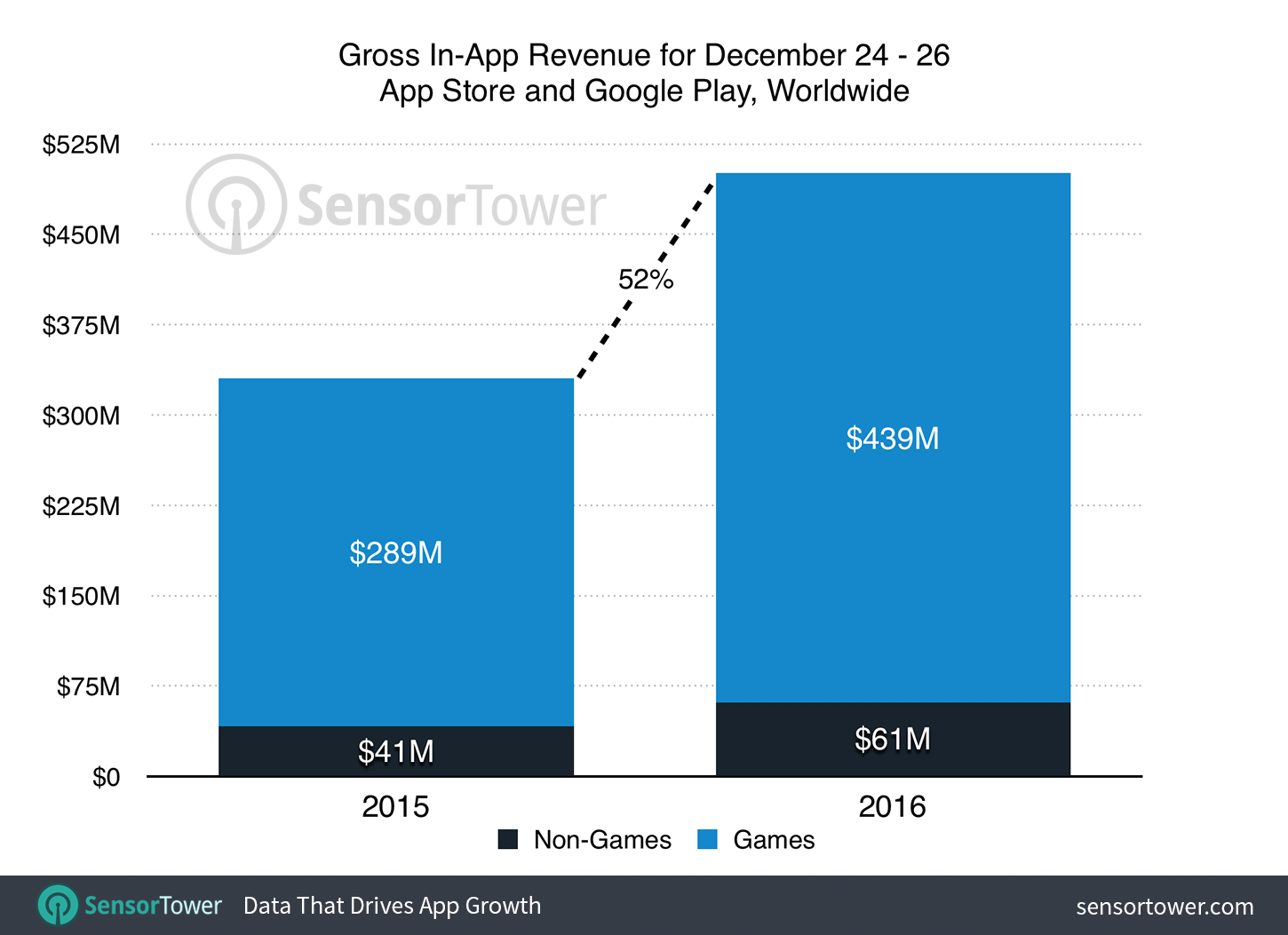 We also analyzed revenue growth by platform in the United States for the two periods and found that while both the App Store and Google Play saw a significant improvement in domestic consumer spend compared to 2015, Google's platform considerably outperformed Apple's in this regard. U.S. App Store gross revenue grew 18 percent YoY from approximately $83 million to $98 million. Google Play's U.S. gross revenue increased from approximately $38 million to $63 million, or about 66 percent. 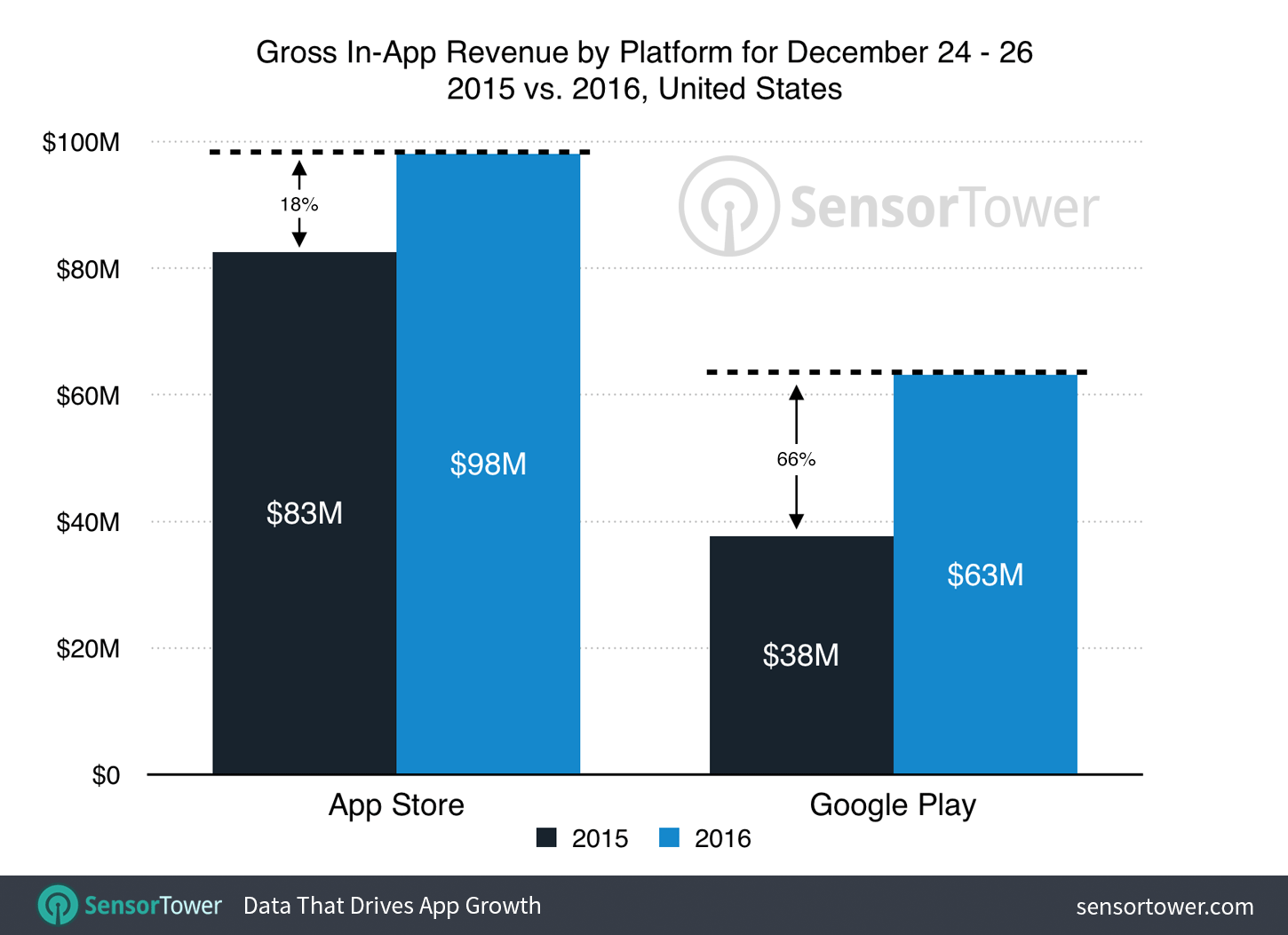 Top Apps by Revenue on Christmas

Streaming video and music apps historically see increased downloads, spending, and usage on major holidays. As for Tinder, we can only assume that consumers turned to the convenience of the app to avoid spending the holidays alone—or perhaps to get a head start on a New Year's resolution to find someone special in 2017.